Skip to content
Home  »  Mental Health   »   Did You Know These Famous People Have Autism Spectrum Disorder? 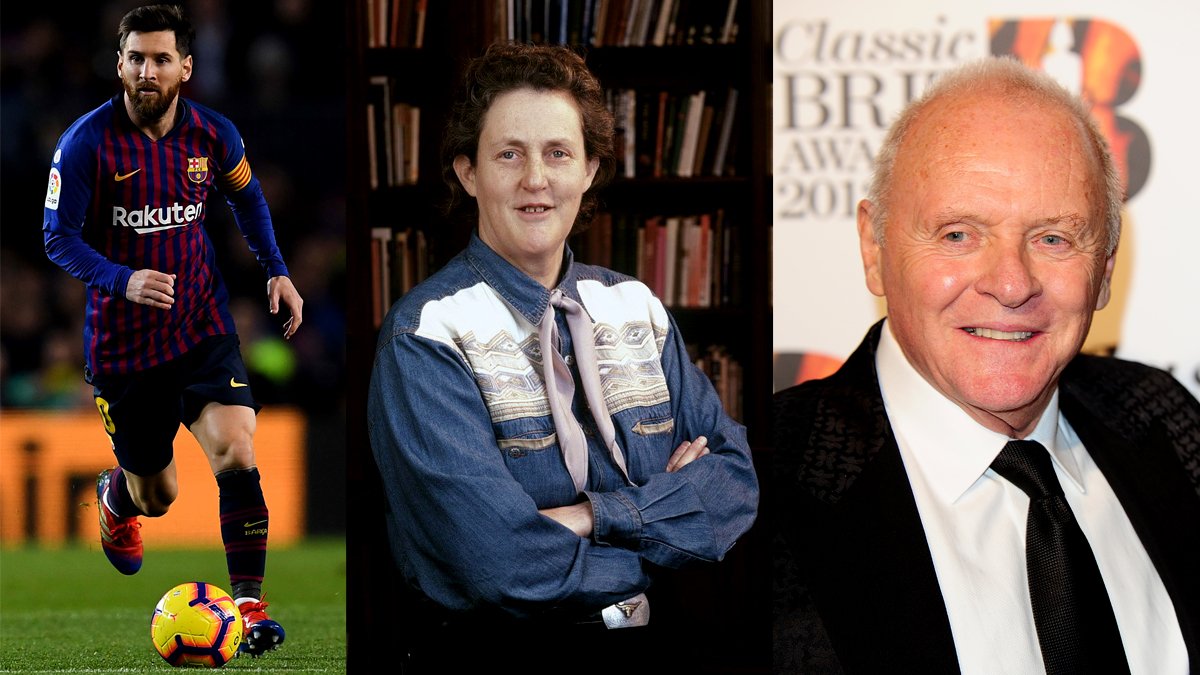 Hard work is the key to success. No matter how many hurdles come in the way, you reach your goal if you dedicatedly work for it. And there are people who proved every word of it right, battled with Autism Spectrum Disorder, yet gave the world the greatest inventions and talent.

Let’s begin by understanding what exactly is Autism Spectrum Disorder. ASD is a condition where developmental and neurological health is most affected. A person with Autism Spectrum Disorder may find it difficult to interact with people or possess restricted or repetitive behaviors. Symptoms may also hinder the daily life of the concerned person like in their school or work. Their ability to communicate, learn and behave is also affected.

The word ‘spectrum’ in Autism Spectrum Disorder states that there is a wide variety of symptoms and severity levels. ASD is diagnosed in the early stages of life i.e. during the first three years of the baby.

It seems unbelievable when you hear your favorite celebrity or the greatest inventors have/had Autism Spectrum Disorder. Here are 10 famous people who broke the barriers of stereotypical thinking about disorders and reached great heights giving us life-changing innovations.

One of the richest men on earth and the creator of Microsoft possess symptoms of Autism Spectrum Disorder. Although there is no open confirmation given by Bill Gates, autism experts seem to confirm through his visible symptoms that he has the disorder. Selective communication or weak social skills, avoiding eye contact, monotoned and shortened speech patterns, and rocking back and forth while focusing, all display signs of ASD. By the age of 13, he had a brilliant knowledge of computers.

Dr.Bugs as known by many children confirmed to have Asperger’s Syndrome which is a high functioning end of the spectrum. In his childhood, he was fascinated with bugs and insects. He gave birth to pokemon that everyone loves, turning his fascination into a successful creation. The CEO of Game Freak never talks about his disorder in public, rather he allows his success to speak for it.

Temple Grandin is one of the most famous celebrities and advocates of autism. She was born long before Autism Spectrum Disorder was discovered and her condition was named brain damage. She didn’t start speaking before the age of four. However, she is upfront about her journey with autism and shares her own experience to raise awareness for those suffering from the disorder. In her memoir, which later turned into a film, she documented each experience she had during her journey.

She is an influential writer and speaker. Temple has given voice to neurodiversity movements, animal behavior, and autism rights. She is a successful professor of animal science and among the most prosperous scientists in the humane handling livestock industry. Her study includes how autistic people and animals experience fear and anxiety and also developed therapies for both groups.

Who doesn’t know Albert Einstein, the most famous scientist, and mathematician? Although there was no diagnosis of autism during his time, Albert’s biographical history shows that his condition did fall into the autism spectrum. The greatest mind in the world was often known as odd for his counter-question behavior with his teachers.

In his school years, he has difficulty concentrating and was even expelled for being inattentive. Moreover, he had a speech disorder as a child and was selectively social. He even repeated sentences to himself and was particularly technical. The man with a genius intellect gave us the theories of relativity, gravity, and multiple hypotheses on energy.

India’s greatest mathematician, Srinivasa Ramanujan, possessed the characteristics of Autism Spectrum Disorder. As a child, he would throw tantrums by rolling in the mud in frustration if he did not get what he wanted. He rarely participated in social interactions and had a tendency of disappearing for many days if felt rejected.

He increased his mathematical knowledge in his school library and by the age of 12, he was able to solve arithmetic, cubic equations, and geometric series. he is also known as the man who knew infinity.

Ramanujan was a shy man yet everyone even in his school would come to him with mathematical problems which he would quickly solve. But if he ever stuck with a problem, he would jump around it. He had enormous self-control and sometimes worked for 30 hours in a row. He also started speaking after the age of three and had a stiff gaze exactly like an autistic patient.

Award-winning actor Anthony Hopkins was diagnosed with Autism Spectrum Disorder. However, he counts it as a blessing as it helped him excel greatly in his acting career. Like any other autistic patient, he too found it difficult to maintain relationships and interacted selectively. His symptoms included compulsive thinking and looking at people from a unique perspective. He is known to be detail-oriented and has the ability to memorize many dialogues at once.

One of the greatest players of all time, Lionel Messi’s symptoms fall into the Autistic Spectrum Disorder. However, he hasn’t publically announced it, experts confirm his condition. The Argentina professional footballer once came to practice with a plastic spoon in his mouth and didn’t remove it until the end of the practice. He is extremely shy and prefers texting instead of talking face to face. During his childhood, he didn’t interact with anyone, not even his teammates outside of practice. He has a greater level of concentration than others and his exceptional passes and goals are proof of that.

Chess Grandmaster and World chess champion, Bobby Fisher is one of the most famous people with Autistic Spectrum Disorder. He was extremely focused and did not get along with other people. Fisher had poor social skills and lacked friendship in his life. Rumors have it that he also had paranoid schizophrenia and Obsessive Compulsive Disorder. He did not like an unstructured environment and found it hard to cope with such an experience.

A naturalist, biologist, and geologist, Charles Darwin’s biological study by a psychiatrist proved that he had Autistic Spectrum Disorder. He selectively participated in conversations, making him extremely reserved yet his ability to focus was remarkable. Darwin was quiet and isolated as a child and preferred communicating through letters. The father of biology was observational and grasped every detail in the world easily.

Sir Isaac Newton was a mathematician, astronomer, and physicist who is known to isolate himself as much as possible. He felt awkward conversing with people and withdrawn from any social interactions. One of the greatest pioneers in physics, he gave us Newton’s laws by questioning why the apple fell on the ground. It is also true that he focused so much on his experiments and work that we went days without eating or sleeping and stuck to strong routines.

Autistic Spectrum Disorder Proved to be a Boon!

There is a certain stigma attached to mental illnesses. Many celebrities, authors, players or athletes, organizations, and medical professionals are trying to normalize cognitive disorders. Similarly, the above-mentioned people are diagnosed with Autistic Spectrum Disorder. However, they have proven ASD to be a boon and gave us the greatest inventions and talents of all time. Most importantly the list isn’t complete.

In this article, I have given you players, entrepreneurs, scientists, mathematicians, actors and actresses, show hosts, doctors, sexologists, writers, poets, artists, painters and motivational speakers.

There is nothing that can limit you if you choose to put your heart and mind into what you wish to achieve. I hope this article inspires every beat of your heart and awakens every neuron in your brain!

One thought on “Did You Know These Famous People Have Autism Spectrum Disorder?”