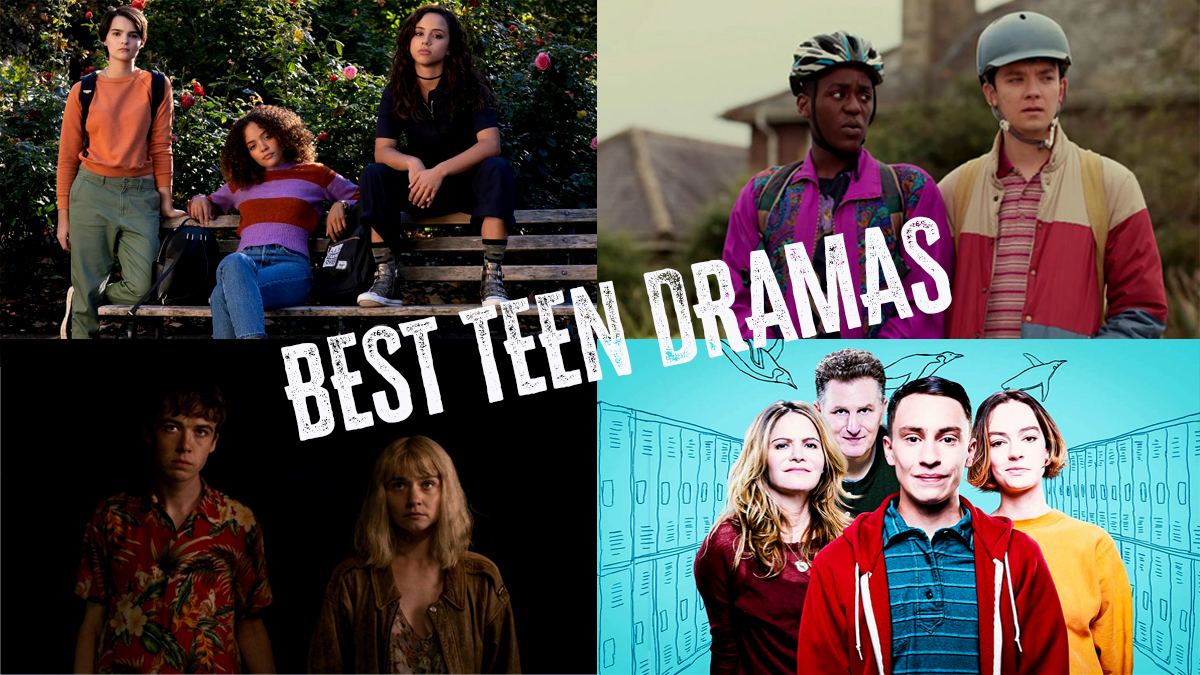 It is unlikely that you have come across a show The Society. Though its main premise revolves around a mystery, it is the perfect teen drama for your weekend watch. The plot tells the story of a wealthy town, where everyone disappears while all the high-school students are away on a trip. When they return and realize they’re the only ones there, after the initial shock, they soon understand that they must do anything to survive. The show has plenty of moments that scream teenage drama which will have you rooting for your favorite characters.

Outer Banks won the People’s Choice Awards for The Bingeworthy Show of 2020. And rightfully so, as it became a fan favorite from the very first season. The show follows a group of teenagers from the wrong side of the tracks and their journey to hunt a legendary treasure. Outer Banks delves into some complex relationships and themes, entertaining the audience from start to finish. This show has risen as one of the best Netflix original teen dramas.

Ginny and Georgia is a story about a daughter and her mother. It sheds a bright light on their relationship which evolves as the show progresses. Although this show focuses on their connection, it is centered around the angsty teen that Ginny is, making it a relatable teen drama. This show on Netflix has received its fair share of positive and negative reviews. It makes for a binge-worthy series when you are in the mood for some melodramatic teen drama.

Who knew shoplifters anonymous would lead to some very strong friendships and a lot of drama? That sums up the Netflix show Trinkets in the best possible way as you journey with Elodie, Moe, and Tabitha through their unlikely addiction. Trinkets also won the Daytime Emmy Award for Outstanding Young Adult Series in both 2020 and 2021. There is no doubt that this show is a little different from the usual teen dramas that you come across but is most definitely worth a watch.

Based on the webcomic and graphic novel of the same name, Heartstopper explores the life of Charlie Spring. He is a recently-outed gay teen who falls in love with Nick Nelson, the school’s star rugby player, after becoming friends with him in their new form. His two best friends, Tao and Elle, help him navigate his confusion and the cruelty he faces from some of the other people at school.

Heartstopper will make you feel a whirlwind of emotions as you join these teens on their journey to accept and love themselves and each other. If you’re looking to cry happy tears, this show is for you, and there are two more seasons on the way!

If you’re wondering whether Sex Education is a must-watch, consider this: Netflix renewed it for a fourth season just eight days after the third season premiered. The series follows the high school trials and tribulations of Otis Milburn, the son of a prominent sex therapist. Despite his awkwardness, with the help of his classmate Maeve, Otis operates an underground sex clinic at Moordale Secondary School, opening the door to an array of heartwarming, heartbreaking, and sometimes downright weird stories to be told.

Atypical is emotional yet light-hearted, cynical yet funny, and endlessly magical as it takes the viewers on the journey of a teenager on the spectrum. Sam, a teenager with autism, decides he needs to take control of certain aspects of his life, especially his love life. As the series progresses, there is an array of emotions along with some brilliant character development, not just for the leads but also for the side characters. We can bet you can relate to at least one character on this show.

The End of the F….ing World

This show surprised the audience in the best way possible when James and Alyssa, two teenagers, decide to embark on the most chaotic journey one can possibly come across. Even though the two couldn’t be more different than each other, the story works because of how well their personalities clash and yet work well for on-screen entertainment. If you’re looking for a cathartic experience that makes you want to go, “that’s what I’m talking about!” this is the show for you.

A show that turned into a cultural phenomenon despite being underrated from time to time, deals with racial indifferences and discrepancies in the most badass way possible. Despite this show being fictional, it reflects the difficulties students face as teenagers on the brink of adulthood and attending college, especially in the US. If you want to learn about the African-American culture while also going through a rollercoaster of emotions with teenage drama, friendships, and love thrown into the mix, add this show to your watchlist right away.

The Summer I Turned Pretty

Every teenager raved about this show. And rightfully, it encapsulates all the teenage cliches that one loves and adores, no matter how old you are. This show has attractive boys, a beach, the perfect summer vacation, reckless decisions, and divorced parents. It is quite literally the flawless mix of every teenage trope that could be used, making it a huge success. Since summer is a while away, this is a good time to watch this show if you want to get in the mood in the luxury of your home.

This list should have you covered until the creators decide on the next steps when it comes to the show Never Have I Ever.

Do let us know your thoughts on the shows as you binge them!