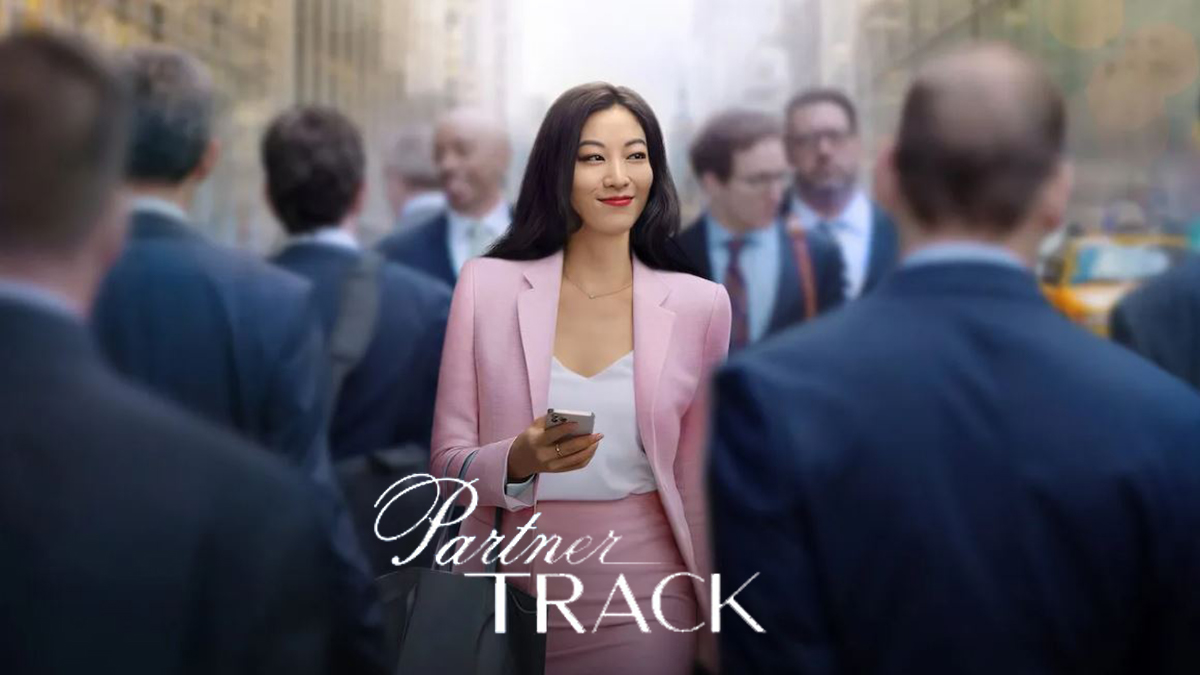 Do you like romantic comedies? or maybe some great drama? if not that, maybe a show with the lawyers and their hustle? if you enjoy any of these, Partner Track should be the next show on your list, because lo and behold, it has a little bit of everything. Partner Track surprised Netflix users with ten episodes of pure entertainment and anticipation. If this hasn’t convinced you to watch this show already, we’re here to get that job done. Here are five reasons why you need to get on your nearest device and watch Partner Track:

Now, who doesn’t adore a good love triangle? Whether it is Damon-Elena-Stefan in the Vampire Diaries or Michael-Jane-Rafael in Jane the Virgin, we love the drama and sensuality that is attached to a perfect love triangle. That is exactly what Partner Track delivers. From the get-go, Ingrid Yun, the protagonist, has two potential love interests, Nick Laren and Jeff Murphy. Both these men are incredibly successful, very handsome, and share undeniable chemistry with Ingrid. It’s like watching a ping pong ball, you don’t know who to focus on. And more importantly, you’ll always be confused about who you are rooting for.

Diversity and Representation in Partner Track

Arden Cho is headlining the show, of course. This in itself is a huge deal for a show centered in New York City when it comes to diversity. We see Cho’s character Ingrid dealing with micro-aggressions at her mostly white male workplace. This truly reflects the reality that most people of color have to face at their jobs. However, Partner Track handles it delicately and well. Apart from Arden, we also have Bradley Gibson, who plays the role of Tyler Robinson. He is black, gay, and fabulous! Although the cast is predominantly white, because that is what drives the narrative, plenty of issues are touched upon throughout ten episodes. And Ingrid Yun remains the center of the show from start to finish.

A Perfect Book to Show Adaptation

Yes, yes we know how difficult it is for book lovers to deal with the fact that their favorite piece of work is being turned into a show. After that, the worry of whether or not the book has been done justice. However, book lovers, hold your horses, because you do not need to worry about Partner Track right now. The Partner Track is a book written by Helen Wan. And although the Netflix series isn’t a copy of the book entirely, the essence of the book and the story can be felt thoroughly in the show!

The few differences that have been made from book to screen include the characterization of Ingrid’s best friend and the addition of Ingrid’s sister, Lina, amongst a few other things. Despite there being changes in the adaptation, Ingrid still thrives to become a partner in a competitive space. That part of her story and her struggles, stay the same.

If you haven’t already figured it out, Partner Track is all about an Asian-American woman struggling to the top while managing friendships, her love life, family, and a very demanding job. However, Ingrid Yun can do it all. This show, without a doubt, will inspire many young girls, especially those of color, to chase their dreams no matter what anyone says.

Apart from Ingrid, we also have Alexandra Turshen, who plays the role of Rachel, and her friendship with Ingrid is the definition of the supportive female friendship that we all hope for. Celena Ahn plays Lina Yun, Ingrid’s slightly problematic yet powerhouse of a sister. She adds her own spice and zest to the show with her feminist, artistic and reckless personality. Catherine Curtin plays the role of Ingrid’s colleague, Margo. She is one of Ingrid’s biggest cheerleaders and a great example of female friendships at the workplace!

Now, this woman needs no introduction. But we had to add her to the list because let’s face it, she’s the show’s shining star. Funnily enough, Ms. Cho told KoreAm that she had plans to become a lawyer herself before she took her first drama classes in college. Her acting career began in 2008. However, it was when she landed the role of Kira Yukimura on Teen Wolf that things took off. Since then, Cho has had an incredibly successful career track. However, she has faced her share of discrimination in Hollywood, which only makes this role she plays in Partner Track all the more important.

We have given you more than enough reasons to watch Partner Track on Netflix, so do let us know your thoughts about the show when you’re done watching it!