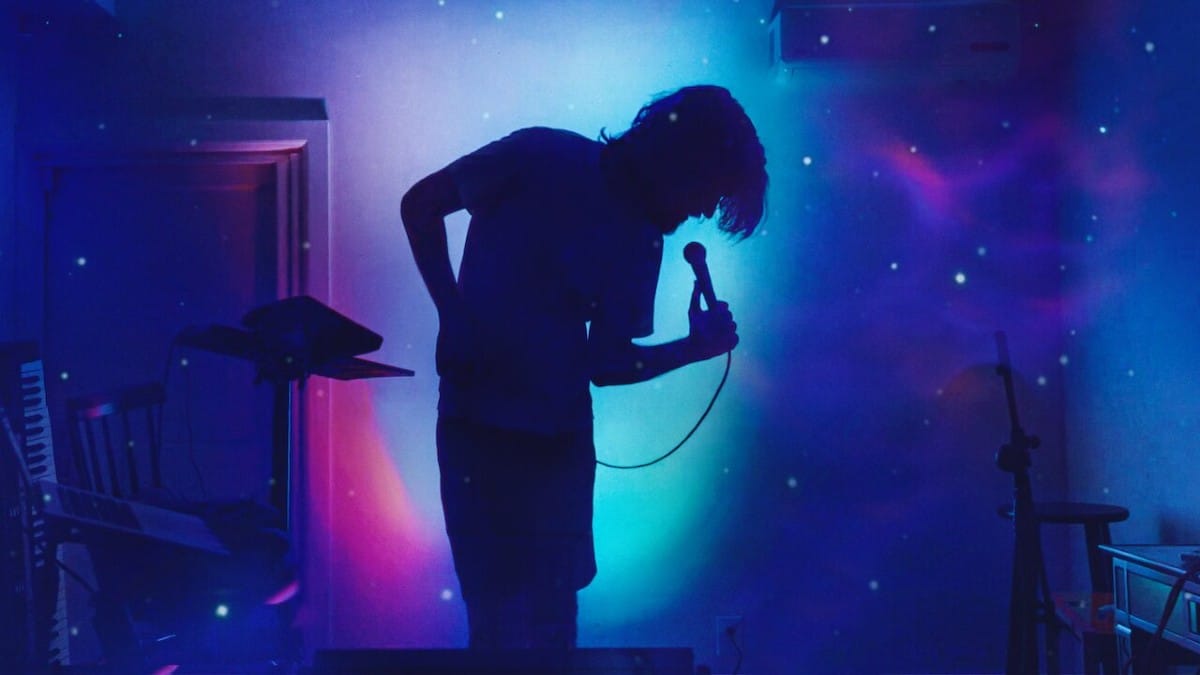 Bo Burnham: Inside is one of the most personal and intensely introspective comedy specials/one-man films/bedroom musicals I’ve seen. It branches out from its marketed label of “comedy special” and enters territory so dark, twisted, yet beautifully human, it automatically merits the critical and analytical discussion it earned.

Getting This Right Off The Bat: I Don’t Know Much About Bo Burnham

Bo Burnham is a comedian and a filmmaker. That’s pretty much all I know about him prior to watching his new Netflix special. Basically, I’ve never followed Burnham’s career up until now.

Well, all I know is he wrote-directed the critically acclaimed film Eighth Grade, and that he will play Larry Bird in an 80s Lakers miniseries. That’s how limited my knowledge of Bo Burnham’s career is. But after watching Inside, Eighth Grade has now shot up to my watchlist.

An Art Film Disguised as a Netflix Comedy Special

Bo Burnham: Inside is comedic, yes. Filled with catchy musical numbers that poke fun of the social media-and-smartphone age, all anchored by Bo’s Weird Al-inspired vocals. Not to mention Bo’s knack for visual comedy and beautifully poppish filmmaking.

But as you may or may not know, it’s more of a meta-film that shows the mind of a filmmaker/comedian slowly unraveling before our eyes. Underneath the sheen of its infectiously catchy musical numbers and cinematography, lies a series of fascinating vignettes that examines creative burnout, imposter syndrome, and egotistical pretensions in the social media age. It delves into how isolation can create such manically depressive burnouts and episodes, now being eerily relatable in 2020.

It dives psychologically into a caucasian comedian’s mind- a mind struggling with what his place is in the hellfire of 2020. We watch an existential crisis unfold, as Burnham finds what his voice should do amidst the societal and personal issues that are now hard to ignore, despite his 4-walled cage. Inside is not saying all these issues started in 2020. Much like his own mental health issues, this boatload of problems bottled up, only to explode in that cacophony of a year.

It’s a weird yet compelling mix of Kubrickian unease and Weird Al’s mandatory fun. Its creeping and uncomfortable introspection juxtaposes its energetic and biting comedy. It makes for an interesting look into a comedian’s mental and existential crisis.

Not For The Claustrophobic

The choice of using Burnham’s own small-apartment bedroom as the only setting adds a claustrophobic nature. This ties into the anxiety-ridden reality of 2020, and stamps the special as Burnham’s most personal work. The small, confined space ironically fits Burnham’s uncontainable creative ambitions and mental anguish.

Burnham’s editing also adds that sense of claustrophobia, with abrupt cuts and transitions that verges on the subliminal unease. It’s also precise like a David Fincher film- even having references to Fincher’s Fight Club. It creates anxiety via the off-guard combination of its transitions and precision, ironic as this is a “fun comedy special”. It creates a stream-of-consciousness feel akin to a Charlie Kaufman movie.

Charlie Kaufman is famous for his meta-commentaries and self-loathing characters. Just watch Adaptation, where he writes himself in as the nervous neurotic protagonist (played by the eccentric Nicolas Cage). His most recent work, I’m Thinking of Ending Things, is Charlie at his most Kaufman. A dark series of scenes that borders the film into stream-of-consciousness, it’s like witnessing a person’s mind unraveling into an existential crisis. Sound familiar?

Bo Burnham: Inside also offers that type of cerebral anxiety. It has the same smooth-yet-abrupt segues and editing, plus the self-awareness of Kaufman’s meta-surrealism. Burnham’s visual filmmaking also has a Michel Gondry-poppiness too (Gondry directed Kaufman’s Eternal Sunshine of the Spotless Mind).

Its anxiety captures the frustration of creative burnout. The unease of creating content on self-imposed deadlines was made worse by the claustrophobia of a small, messy bedroom. Writer’s block is one such burnout.

Inside‘s Neuroticism Ain’t All Perfection Though

As Inside goes on, its jokes get more obvious and, to say it finely, lazy. And after the intermission point, there were moments though where it does feel self-important and pretentious, with no humor to it whatsoever. Moments of megalomania and Jesus comparisons gave such an uncomfortable sit-through, making me question Bo’s motives. Not in an “it’s meant to be uncomfortable” sort of way, but more in a “this is really egotistical”.

Thankfully, that’s the point. We are staring at a person creatively blocked and burning out in isolation, with a sense of desperation and harmful doubt. And luckily, those moments of obviousness were few and far between. And its moments of egotism ended with a self-deprecating punchline- a punchline drunk in dark aftertastes once you think about it (that darkness is warranted though).

On A Personal Note

My biggest fear coming into this special is if it’s just gonna be another Hollywood extrovert whinging and whining about not seeing friends during the lockdowns. I thought it would be just shallow, and possibly irritating fluff. And as I said before, my knowledge of Burnham’s work is limited. I don’t know much about his schtick.

But thankfully, I was wrong. Burnham does tackle the pandemic and the lockdowns and restrictions that ensue, but in a way that serves this special’s nuanced meta-narrative of a “content creator” slowly breaking down into existential crisis. It posits how such strict isolation can negatively affect a creative of his personality type.

Personally, though, I like the “isolation. I prefer not being with people. But I do recognize the burnouts and anxieties shown excellently in Inside; albeit he is more from the claustrophobia of isolation whilst mine is more from the claustrophobia of crowds. Even the little things like the loss of the sense of time and procrastination are portrayed so relatably well in this.

And it’s not a comedy special just about the pandemic or the lockdowns. It’s the social issues and protests, isolation caused by social media (only to be increased because of said lockdowns), and Bo’s lingering mental health issues. things growing, brewing, and building for years that climaxed into an explosion known as 2020.

Another Problem Going Into Inside

How should I say this? I just felt it might be another special going into the zeitgeist. And because of that, it might diminish its relevance in 10 years or so. What I’m saying here is it might get really dated.

But considering how trying and even traumatic 2020 was, the year warrants a catharsis like this. It warrants this incredibly personal art film. It warrants this psychologically claustrophobic “comedy special”. And it warrants Burnham trying to heal himself through creating this.

More Real Than Most Behind-The-Scenes Featurettes

In conclusion, Bo Burnham: Inside is an incredible one-man film. A testament to bedroom creativity and artistic catharsis. And an interesting look at a singular perspective of 2020. It is intensely self-aware, to the point of being uncomfortable and even scary (in an artistic/comedic way).

It’s incredibly personal and grounded in its intimate look at Burnham’s creative process— even showing us Burnham’s actual creative process before and after each skit. It’s more real than most behind-the-scenes featurettes. And that realness begets so much thematic, social, and psychological analysis, heck even the filmmaking process deserves a deep dive. It deserved the boatloads of think pieces and praises it spawned.

So let’s end the review with this statement: This special has a lot to unpack!

One thought on “A Late Late-Night Review of Bo Burnham: Inside”