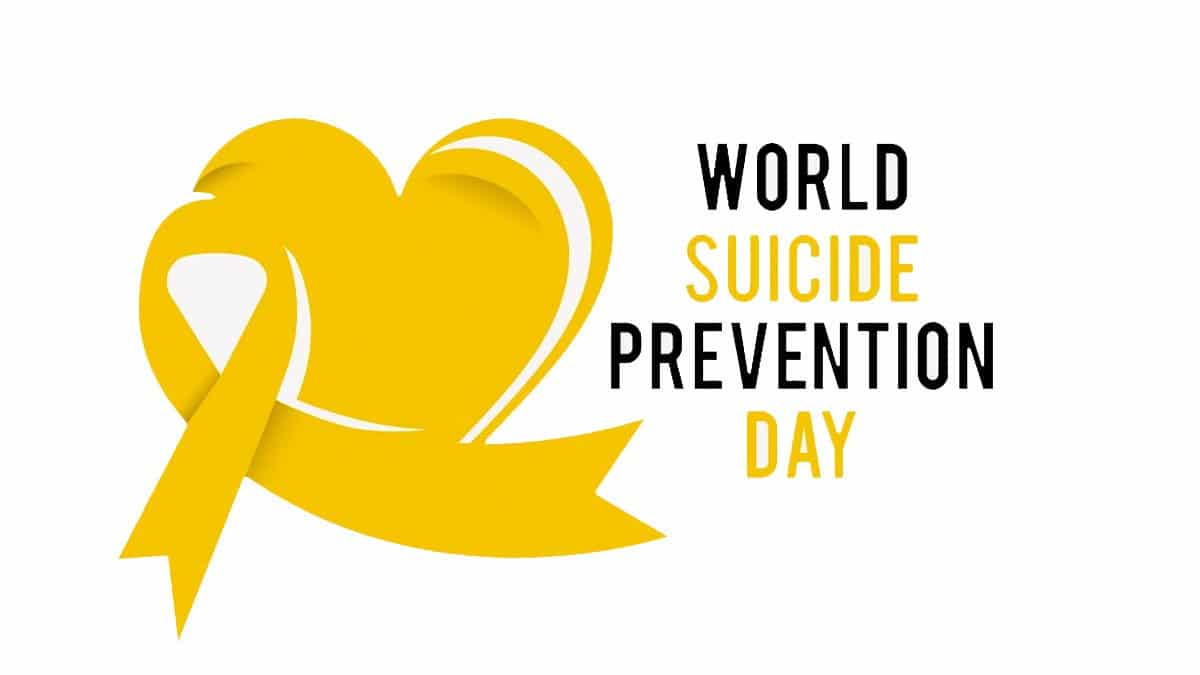 Every year, more than 7 lakh deaths are caused by suicide. The number of suicide attempts is 20 times this number. Every 40 seconds, a person dies of suicide. This makes suicide among the top five causes of death in most countries in the world. On average, one in every hundred deaths is a result of suicide.

The most devastating aspect of a death by suicide is the fact that it is preventable. Suicide is directly related to mental health. More than 3/4ths of suicide deaths occur in low or middle-income countries, meaning that there is next to little awareness about mental health illnesses in such countries, along with no strategies for suicide prevention.

More horrifying than the number of suicide cases, is having it happen to someone you know or love. That is why it is important to raise awareness about suicide prevention. Since 2003, World Suicide Prevention Day is observed on September 10th every year, with the purpose of dedicating some time to educating people about mental health issues and suicide prevention.

An initiative started by the World Health Organization along with International Association for Suicide Prevention and the World Federation on Mental Health, this day is about preparing plans and strategies so as to reduce the drastically high number of suicide cases all over the world.

Why Is Suicide Prevention Awareness Important?

As common as suicide is as a cause of death, it is also a complex subject to discuss. Only experts and professionals can identify symptoms of serious mental illnesses and traits of suicidal behavior. And because of the stigma attached to mental health, a lot of people hesitate to seek mental help, making their alarming behavior go unnoticed and undiagnosed.

There is also a taboo on suicide, making any discussion or conversation around it extremely hushed and dismissive. As a result, there is a lot of misinformation surrounding it as well. People tend to not report any cases of suicide attempts. This increases the likeliness of the person who attempted it more likely to do again if not extended the right support.

People should be educated about suicide prevention in every sphere of life- work, school, and home. Organizations such as WHO have kickstarted action plans for suicide prevention which involve limiting the accessibility of common suicide means such as poison and insecticide, spreading awareness through media, teaching emotional life skills to youngsters, and following up and monitoring people who exhibited suicidal behavior or attempted it.

Suicide Prevention in the 21st Century

In the year 2021, most people in the world have grown habitual to being in isolation owing to the COVID-19 pandemic. But being in quarantine in our homes for so long has increased our dependency on social media. In 2021 alone, more than 500 million new users joined social media. As such an influential platform, social media has the power to turn someone’s life around for both, better and worse.

SEE ALSO: ‘Just Stop Worrying’ Is Not A Solution For Anxiety

With social media taking over everyone’s lives, taking care of mental health should become a bigger priority. These platforms, though proven detrimental to mental health if not used in a healthy way, can be a powerful tool to spread awareness and educate people. Today, many people, including influencers and celebrities, use social media to normalize therapy and medication by sharing their personal experiences. This normalization has opened up space for conversation, resulting in countless informative pages and support groups that are accessible to everyone online.

In the 21st century, social media is the biggest platform where World Suicide Prevention Day can be given the importance it needs. This year, this day needs to be observed loud and clear on the internet so that it is brought to attention for those who really need to hear about it.

What Can You Do on World Suicide Prevention Day?

While a day like World Suicide Prevention comes only once a year, its message needs to be supported each day of every year. There is something everyone can do on this day.

If you are or know someone with mental health issues, the most important thing to do is to seek help. Only a professional can provide a diagnosis and give aids/medication/tools to heal. It is also important to let loved ones know. You should have a support system that helps you on bad days and celebrates you on good ones. And if you know a loved one who is suffering, reach out to them and tell them that you love and care for them. Offer them support in any way you can.

You can also reach out to organizations on social media which are providing mental health help/resources/information and volunteer. That will not only make you contribute to a cause that could potentially save someone’s life and improve their mental health, but it will also equip you with more knowledge and emotional understanding.

Most importantly, on this day, you can strive to be kinder and more empathetic. Kindness can be hard to muster in our everyday lives. But remind yourself that everyone is going through something. They could always use that extra smile or small act of kindness you extend towards them.

Do Not Hesitate To Ask For Help

A major reason a lot of people don’t seek mental help, apart from the stigma, is finances. Therapy and medication are expensive. But there are a lot of free/ low-cost resources that can help you start your journey towards healing. Here are some organizations that you can reach out to:

Vandrevala Foundation: Resources and helpline numbers for those suffering from mental health illness in India

Healthline: Suicide prevention helpline numbers and information about types of mental health professionals to reach out to according to symptoms

Therapize: Support groups and therapists that you can directly reach out to in India

On 10th September 2021, tell everyone around you about the need and significance of World Suicide Prevention Day. Get the wheels of conversation and awareness rolling, starting from your very home.

One thought on “Awareness and Action Through World Suicide Prevention Day”