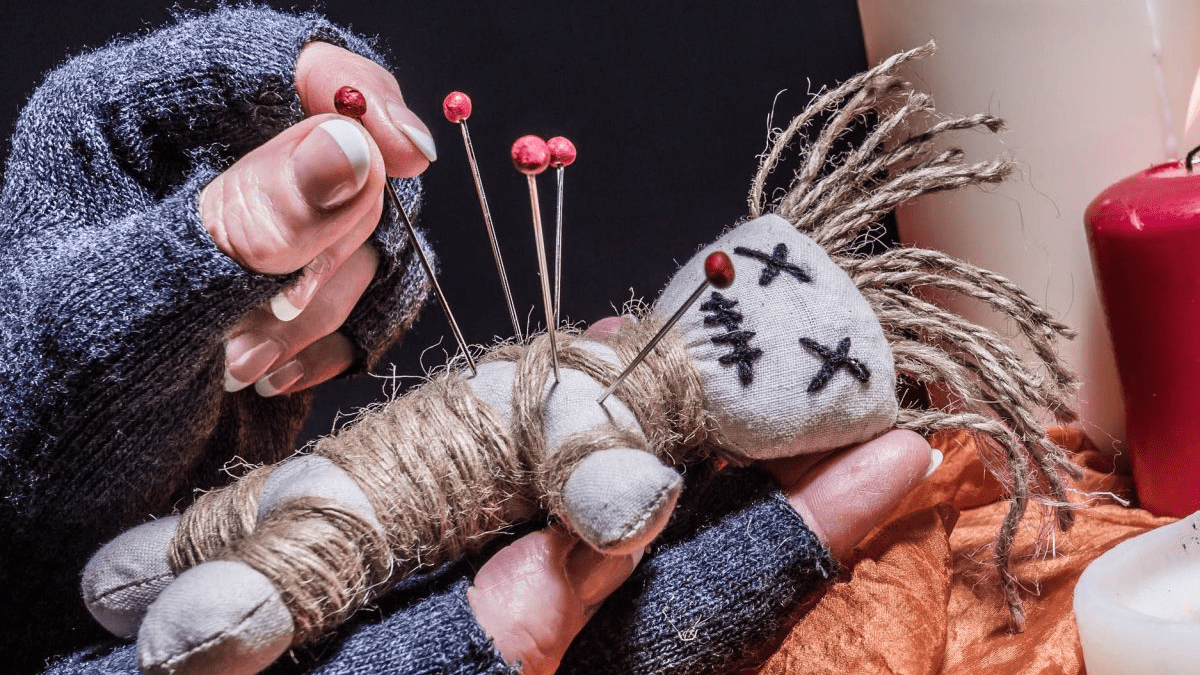 All my life, well mostly after I became privy to the Harry Potter world, all I ever wanted was to get my invitation to Hogwarts, until it was announced as a fact that Bengal is the real school of Witchcraft and Wizardry.

Now, it should be mentioned that under no circumstance this is a commentary on the disheartening event of someone losing their life possibly because of the manipulation of the vulnerable psyche or might be because of the mental distress of said person. This is rather an outburst of a Bengali girl who feels like she has been cheated on as she does not possess any witch-like power.

Myths About Being From Bengal

First things first; I am so Bengali that hypothetical fishes swim within the walls of my vein. I have learned a lot of things, but witchcraft was certainly never one of them. I have done a lot of things, but manipulating a man into falling in love was never my agenda nor my forte, and I don’t know how to feel about that.

The world is giving testimonies at this point as to how some women know that Bengali girls have been putting their curses on them or someone they know and somehow they survived to tell the tale. Now, what concerns me is that if these people are saying out loud that the previous curse didn’t work, aren’t they scared that this will enrage the Bengali witches and the witches are going to come at them with another curse, which will take the entire cast of RGV’s ghost professors and a few other exorcism experts to take it off?

I don’t know, maybe I am being a bit dramatic, but you see vengeance was the thing that got these people cursed in the first place, who can say that yelling about it might not spark these emotions back?

Here is why I thought I should write a post about this witch-shaming or should I say the witch compliment that people are showering all the Bengali girls with- so, right now 5 months deep into quarantine, and I am nowhere near a private beach.

Sad Reality Of Being A Bengali Woman

I am not the best looking Bengali girl around, but considering that witchcraft is like a part of my life along with Rabindra ‘Shongeet’ and ‘mishti doi’, I am thinking that I should have had enough time to wrap a good-looking man around my fingers and just let him buy me or at least fly me to a private island and give me the life I always wanted.

Let alone my private island, I have been single all my life, just to date the kind of boys who should not be dated under any circumstance. They have mostly taken money off of my wallet while I was standing there looking at them with a heart full of ‘love’. Now, no shame on these boys, and I had also spent the money willingly; no one had tied me to a fence and robbed me of my money, but just wanted to ask: Why is my wallet empty when I have mastered the witch-eye stuff?

That was not a rant, I am genuinely very serious about it and I am thinking about taking it up with Durga Ma this year, considering that we will still be stuck in this house and nowhere to go in our fantastic clothes. I really want to understand what went amiss when it came to me? Am I not Bengali enough? Or was it my upbringing? Was the school not right? Or is there something else?

Anyone out there with the answer please do comment or write back and I would like to know. My friends or the people I consider to be my friends are God sent. They have only laughed with me through these posts while I was literally rolling on the floor laughing a lot of things off. Why am I struggling in another city, all alone and fending for myself, when I could have been wearing a bikini to some fancy place with a hot guy wrapped around me like a cashmere shawl? Please, oh please, for the love of Witchcraft, someone tell me.

Here is the part where I will be giving a bit of lecture, so anyone who is convinced that we Bengali girls are witches, look aside or read another stupid tweet as that will fan the stupidity that runs through your brain. A little disclaimer: My “non-Bengali” friends are the best and I can’t believe how beautiful and supportive they are of the whole situation and they are affected a lot more than any of us.

While we are making fun of the situation they are trying to console and share nice words. Listen, all the brothers and sisters of the planet shaming a certain sect because someone did something, if you weren’t opening the gaping hole on your face called your mouth when half of Bengal was about to be wiped off due to the cyclone, you better keep that mouth shut when it comes to bashing the Bengalis. Your opinion is as redundant as the opinion that the Earth is flat.

If it was true that Bengali girls can do black-magic and that all of us are after men who are rich and trying to take their money, we surely won’t be targeting the men in or circling around your life, we at least have the intention to go big or to go home.

We are just as silly, just as smart, just as boisterous, and just as calm as any other girl on the planet. The fact that some men around the country are obsessed with Bengali girls cannot be denied, and I am just as baffled as you are, sister.

There will always be good and bad everywhere and there will always be someone who has just an extra oomph that you do not possess and that is the truth of life, so instead of hating on the ‘guts’ of an entire clan, why don’t you try to fix something in yourself that can make you a better person, for instance, your opinion.

I will not even dignify your thoughts by sharing how much we have done for our country and our society in general, as neither do I want to bring down anyone else’s efforts nor I am shallow enough to pay much heed to how dumb your opinions are. But these posts stating that we are the witches of the society makes me the happiest person, as that gets me closer to being a Hermione in Tagore’s world.

Now, the whole thing is, while you are blaming Bengali women for manipulating men and robbing them off of their money, what if we start calling out your culture for something silly? How will you feel about that? Also, can we keep the misogyny aside and actually fight for the things that matter and that actually makes us more human?

We have enough hate around us and to all the people around me, Bengali or non-Bengali, please for the love of humanity let’s not spread hate when we are stuck at home with our thoughts which might not be the nicest… Also, a possible cause that might have led the boy to take his own life!

6 thoughts on “Bengal – The Root of Witchcraft and Wizardry”