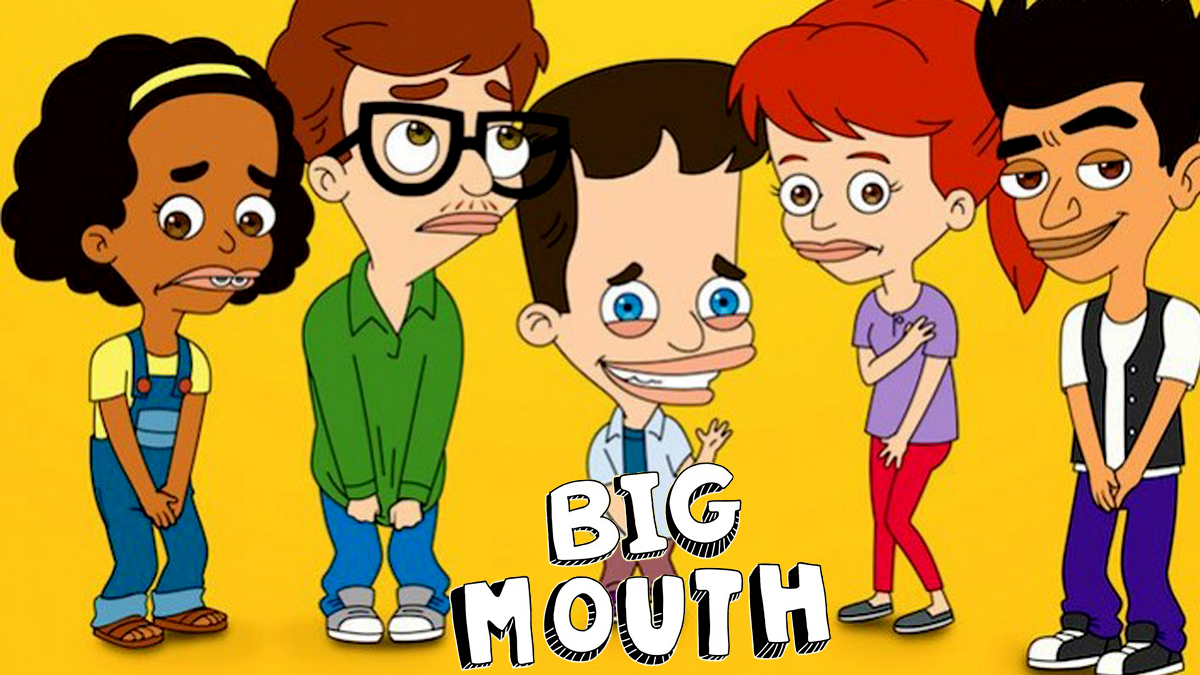 Yes, you heard that right! Big Mouth is coming out with another season and we’re just as thrilled as you are. Big Mouth has managed to impress its fans season after season. In fact, the creators even released a spin-off series called “Human Resources” which was just as loved by the fans. However, the release of Human Resources made fans wonder if that meant the end of Big Mouth. Luckily, that wasn’t the case. Big Mouth season 6 will be appearing on your small screens this month. Let’s take a quick spoiler-alert peek into Big Mouth season 6 including the ‘release date.’

What Will Big Mouth Season 6 Be About?

There’s a constant worry with longer shows: what if they run out of original ideas and it gets a little repetitive? However, that’s never been a concern with Big Mouth. As for the plot of Big Mouth Season 6, we can make a few guesses by watching the trailer of this season. The theme of the most latest season is, “It’s all about family.” If you’ve watched the previous seasons, you know how many crazy families Big Mouth features, whether that is a biological family or found family. Now, that craziness is about to increase tenfold and we are thrilled. With the return of your favorite teens, their parents, and their hormone monsters, it’s about to be a full house.

Undoubtedly, this season will have the usual teenagers figuring themselves out. However, there will be an interesting change in pace after the end of Season 5 where they broke the fourth in a very different way. To catch a little glimpse into Big Mouth Season 6, we recommend watching the trailer.

The cast of Big Mouth Season 6

Yes, we are well aware that everyone has missed their favorites for a while because we have too. Our Netflix screens and lives have almost felt incomplete without Nick and Andrew along with their entire ensemble cast. Big Mouth Season 6 will feature the return of all your favorite characters, except one.

Devon will not be returning to Big Mouth Season 6 after the untimely death of Jak Knight. May his soul rest in peace. But as the fandom mourns the loss of a talented young actor, they also find peace in seeing their favorites return to the screen.

Will There Be Any Celebrity Cameos In Big Mouth Season 6?

Last season when fans heard the likes of Hugh Jackman and Kumail Nanjiani, they realized just how capable Big Mouth was when it came to celebrity cameos. And surely, the creators also felt the pressure to up the ante in the coming seasons. They have done exactly that with Big Mouth Season 6. As of now, the voice roster for celebrity cameos includes Adam Levine, Peter Capaldi, Amber Ruffin, Chris O’Dowd, Brian Tyree Henry, Annaleigh Ashford, Ed Helms, Jeff Goldblum, and many more. Undoubtedly, Big Mouth Season 6 is pulling all the big guns to make this season a grand one.

Is There Going To Be A Season 7?

This is the question on everyone’s mind right now. Will there be another season of Big Mouth after season 6? Well, you won’t have to wait long for that confirmation. Big Mouth has seen immeasurable success over the years, whether it was from this show, or its most recent spin-off series, Human Resources.

The creators of Big Mouth, Nick Kroll and Andrew Goldberg made an announcement during the program’s FYC Emmy panel at NeueHouse Hollywood in Los Angeles. Big Mouth will be renewed for season 7 and Human Resources will be renewed for season 2. The characters and their storylines still have a lot of room for growth and we can’t wait to see what the creators have in store for them.

Last but most important thing is the Big Mouth Season 6 release date! Big Mouth season 6 will officially release on Netflix later this month, on the 28th of October to be more precise. You can stream the episodes on Netflix, and let us know in the comments if you have any predictions for what might happen this season!

One thought on “Big Mouth Season 6: Everything To Know”