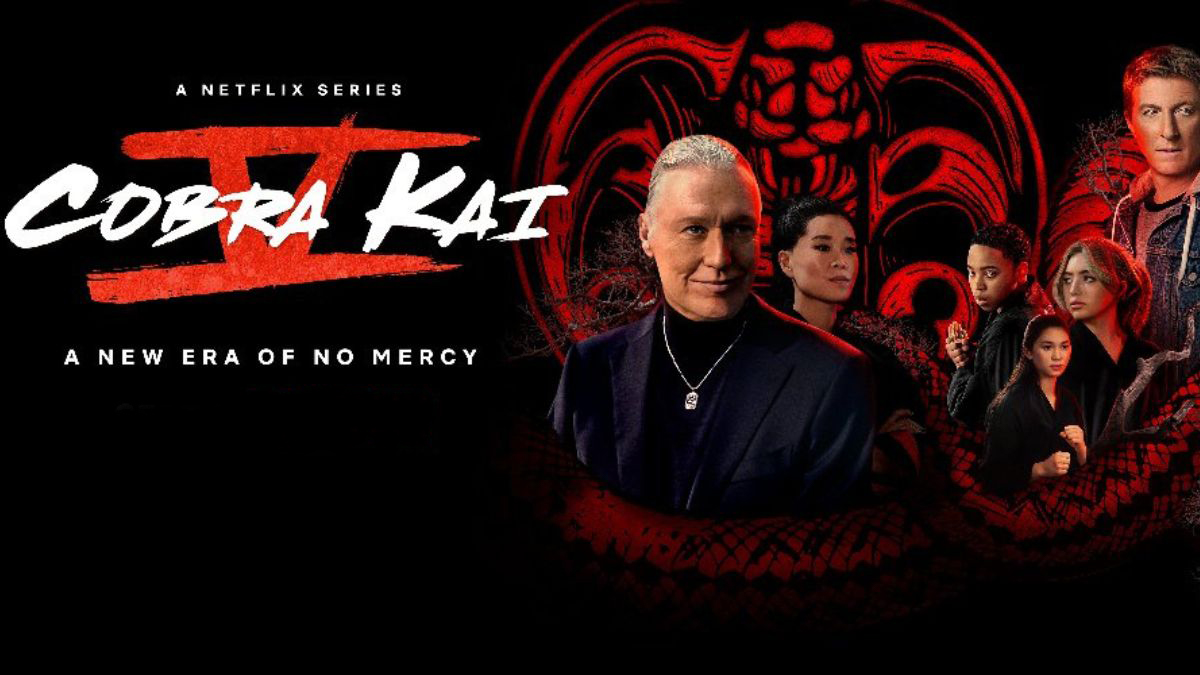 We know that all Cobra Kai fans have been on the edge of their seats waiting for the new season after the cliffhangers at the end of Season 4. But, the wait has ended as Season 5 of Cobra Kai has officially released and everyone can’t wait to see what this season holds. We are just as excited as you are to go ahead and binge this heartfelt comedy show! Here is everything you need to know about Cobra Kai before you watch it (unless you’ve watched it already. In that case, feel free to let us know your thoughts about it!)

What is the Plot of Cobra Kai Season 5?

As per the official synopsis of the show, Cobra Kai season 5 follows Terry Silver expanding the Cobra Kai empire. He is also trying to make his infamous “No Mercy” style of karate the only game in town. These events take place after shocking results of the All Valley Tournament. John Kreese is behind bars; Johnny Lawrence has his priorities shifting as he focuses on fixing the damage caused. And in the midst of all this Daniel LaRusso decides to call an old friend to try and help around. There is no doubt that this season will have a few subplots with some very exciting episodes coming your way.

Which Characters Can You Expect to See in Season 5 of Cobra Kai?

As the seasons go by, the cast of Cobra Kai only gets larger with more talented actors joining the show. We saw some new faces along with the return of old ones as the series progressed. Definitely, season 5 will follow that same pattern as well. One of your worries can be thrown right out of the window, as Ralph Macchio and William Zabka will reprise their roles as Daniel LaRusso and Johnny Lawrence respectively. Martin Kove, Thomas Ian Griffith, Tanner Buchanan, and Xolo Maridueña will also be returning for the new season. Apart from the main cast, there will be guest appearances sprinkled across the ten episodes as well. So, make sure you have a keen eye for them!

The Best Season of Cobra Kai

Forbes recently posted an article stating that Season 5 of Cobra Kai is Netflix’s best-reviewed show since Heartstopper, which is more than promising. So far, the audience has rated this season with a whopping 96%. This makes it the highest score from the fans, with Season 1 following behind at 95%. Season 5 also ties with Season 1 with the critic’s score. And it should come as no shocker that the score is 100%. Hence, keeping these scores in mind, Season 5 is the best season so far. It is even better than the original one which had been a fan favorite for the longest time. As per IMDb, this season has the highest rating so far with an impressive 8.6. Now, all you have to do is watch this season and let us know how you rate it.

Will There Be a Season 6?

While nothing has been made official, the Season 5 finale of Cobra Kai makes us think there must be a Season 6 coming in the future. The show’s creators and showrunners already have discussed some possibilities for another season. In an interview with Collider, Josh Heald said, “We have a few more tricks up our sleeve for where we go from here, but it does get bigger every year.” In the same interview, Hayden Schlossberg said they love the idea of raising the bar with each season. Additionally, Ralph Macchio has shared that some of what they originally filmed for Season 5 is being saved for Season 6. Based on previous release dates and Netflix’s usual turnaround, if Cobra Kai is renewed, we probably can expect it to be released during Summer 2023.

Even though Season 6 is just an idea and fans are still reeling from Season 5, the bar has been raised and we can’t wait for more seasons. Cobra Kai Season 5 is now officially streaming on Netflix, let the binge commence!

2 thoughts on “Cobra Kai Season 5: Everything We Know So Far”