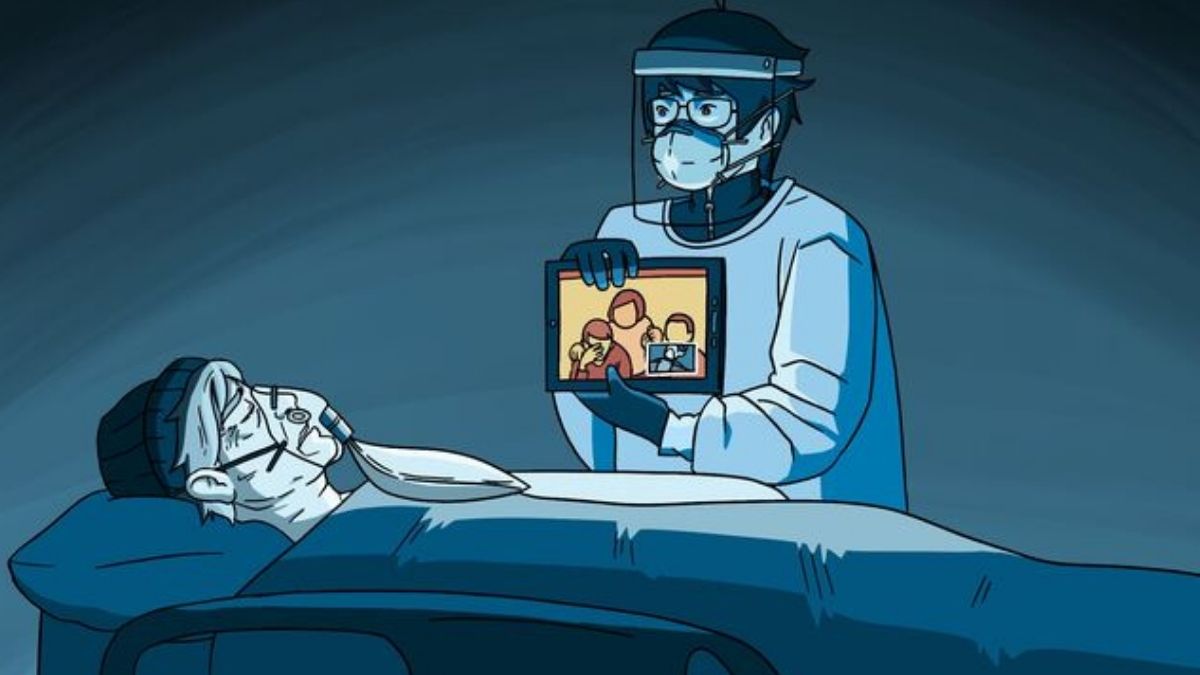 The Greek figure of Orpheus loved his wife dearly. He could not imagine living a life without her presence in his life. When his wife died, he was inconsolable. His grief took over his life, and he decided that he would get his wife back from Hades. He enamored the Underworld with his singing, mesmerizing Hades enough that the latter decided to give Eurydice back to Orpheus. But dealing with death and grief isn’t some story twist.

The Story Of Eurydice and Orpheus

Hades placed a condition in front of Eurydice. He was not allowed to look back or see if his wife was following him. Orpheus, elated beyond measure, thought the same to be an easy feat. So he began his journey from Underworld, determined not to look back.

However, as soon as he was about to leave the abode of Hades, he could control himself no longer. He had given in to the urge to look back. Eurydice was right behind him, but as soon as he looked back, he saw her fade away. He had lost his wife, again.

The Greek tragedy of Orpheus rings familiar feelings in one’s heart- losing a loved one unexpectedly, trying to rally the strength to get them back, but in the end, realizing that they are far beyond the realm of being a material existence, they are far beyond our reach, our grief, and can provide us with no relief. The myth is a reminder of the inevitability of death and the irreversibility of death.

Once done, death cannot be undone. There is a sense of finality attached to it, that is beyond human control. And while the myth unravels that death is seldom fair, seldom timely, it also reminds us that death is never ‘untimely.’ However, the myth does fall short in discussing how to get over the loss of a loved one.

Orpheus became a patron of music and immersed himself in his tunes to get over the loss of his wife, but he failed, for he was still determined to undo the done, his music became a tool for him to get his wife back, not his life back.

Perhaps all folktales, myths, and stories fall short of discussing the possible ways of getting over the loss of a loved one because it is a code tough to crack, death is a tough topic to talk about, and while it is inevitable, it is often repressed in the collective consciousness of the society because it brings up pain unresolved, wounds unhealed, and feelings unprocessed.

However, we are living in a peculiar time; the pandemic has brought us a crossroads with death. It is something we cannot bat our eyes away from anymore. The pandemic has hit close to home for many of us, leaving us facing death, loss, and grief. How do we then process death? Indeed, it is a phenomenon we cannot repress any longer.

A Psychological Understanding of the Effect of Death

Psychologists, for ages, have been trying to unravel the mystery of death. In 1969, psychiatrist Elisabeth Kübler-Ross introduced what became known as the “five stages of grief.” He elucidated the five stages to be-

At this stage, one might refuse to believe the loss to have taken place; the mind shields itself from facing the hollowness by denying the phenomenon to have occurred. “This can’t be happening to me,” is a recurrent feeling associated with it.

When you know that you have little control over things, you blame yourself, others, and the all-powerful entity. You feel like you have been wronged, you do not deserve this, and “Why is this happening?” keeps repeating itself in a loop.

Our mind works funnily. Having lived in an Anthropocene world for so long, we feel like we can still control the unknown and the unseen. It is uncanny to us that there are things beyond our power, and we take time to make peace with them. Therefore, we do what we think might work- strike a bargain, trade, try to get things back in control, restore the ‘normal’-“Make this not happen, and in return, I will ____.”

Grief can be an overpowering emotion, and it is not an abstract thing; you feel it in every nerve, sinew, and cell. It is an ache that refuses to leave you, a sadness that engulfs you, and often leaves you thinking that you are too sad to do anything, even lift a finger.

This is the stage we aim to reach towards the end, the goal of the journey, the hill we need to climb to view the sunset and be at peace with our surroundings. This is the final stage, where we accept the inevitable as a part of our life and learn to live with it.

According to psychologists, individuals might skip certain stages of grief, or they might not follow a chronology altogether, which highlights the fact that grief hits different people differently, their resiliency, their life experiences, and the support around them help them cope with grief in different ways and manners possible. The key, however, lies in the fact that one must be open to grief. Unfortunately, a lot of us shut ourselves into cocoons in the face of loss.

While a cocoon helps in the metamorphosis of a caterpillar to a butterfly, it might not be as helpful to humans, for we are built to live in communities, extend a helping hand when required, and empathize with the pain and sufferings of others.

The indomitable spirit of humans against echelons of pain and suffering comes from community building, reaching out to friends and family, and accepting the love, hugs, and comfort of others when need be.

To Embrace the Irreversible is to Set Yourself Free

If the first step is accepting pain and reaching out to others, the next step then becomes to embrace the pain. The human body is meant to shield itself from unpleasant experiences. You watch an uncomfortable event; you close your eyes, and you block your ears to get rid of unwanted sounds.

Similarly, as a self-preservation method, you might find your mind blocking unpleasant memories, feelings, and emotions to spare you the trouble of feeling them. However, feeling emotions and grief may or may not be accompanied by dollops of crying.

Whether the emotional outlet is by shedding a tear or feeling the pain silently is an individual choice that ought to be respected. No expression of sadness is a legitimate or a ‘correct’ term. At the end of the day, what matters is one having felt the loss; one has felt the hollowness in the heart.

Does the Hollowness Ever Get Any Better?

One must remember that the hollowness is never filled up; it remains a part of who you are, it will be rekindled when you rewatch a favorite film of the person you lost, you go down memory lane, or when you sit alone after a tiring night, thinking about the life, you have lived.

The key is to define that hollowness. It can either serve as a constant reminder of the things you have lost, and therefore, the things you ought to cherish before you lose them, or they lose you, or of a time when you were depressed, when you felt like life was coming to an end, and you would never be able to deal with the loss. Yet, you sailed through, made it across the stream, alive.

I often wondered why, in olden times, did we start the ritual of painting portraits. Now, it makes more sense to me. While our memory is a never-ending pit of unlimited storage, we sometimes find ourselves struggling to remember a face, a memory, an event. As we move forward in life, those who leave us behind appear as a fog, a mist, in the brain, and they continue to become hazy.

Sometimes, our mind discards unpleasant memories of them and eulogizes them in our minds. And to immortalize them, we enmesh them in colors, sounds, hums, and tunes. Think of Pink Floyd; they wrote a song for a band member they had lost to drugs.

Think of Edmund Spencer, William Shakespeare, and John Donne, who immortalized their love in their verses. Even if they are not walking on anymore, their verses, lines, and sentences live on forever, and they are tangible proof of the people who once lived here.

Similarly, writing one’s emotions, feelings, and memories down, painting them on, or transforming them into tunes can be cathartic. It is a healthy outlet for our feelings and reminds us of the potential we hold, for we can transform our pain into art.

Death will always remain a phenomenon that we want to run away from but cannot, a phenomenon that stays with us, no matter how much we try to escape it. While there is no escape to it, it remains something that can be defeated, tamed, and overcome. We might have different approaches to grief and loss, but the indispensable spirit to do better, emerge out of it, makes it easier to tackle this ogre.