It is only in very recent times that the people of the world are coming to terms with the first blows of the catastrophic predictions of the likes of Nostradamus.  We can even say that global residents finally believe it.  Though we are still not hugely aware, we are still not ready for the outcome of the gradual destruction of the natural phenomena.

Imagine a plot twist that reflects this reality, and will very soon reach out and spread even to the uninhabited parts of the world.  This hit me hard while streaming Leila; where the opening scene pans to a swimming pool where the father and the child are swimming and enjoying a tender moment, and the mother is capturing those moments. Suddenly within a snap of a few seconds, there is a trigger warning of commotion and their life changes drastically. We as mortal beings are very fascinated with the idea of “as seen in movies,” but often it is turned upside down to “as seen around us” and the new Netflix original, Leila, is the best example of it.

Netflix Leila begins in 2047, precisely a hundred years after India’s independence. Later we are introduced to this futuristic Indian state called ‘Aryavarta’ where, we realize there is a dearth of civility, water, humanity, and other essential things. “Jai Aryavarta,” as the people chant, is a militarized Hindu State, and has an uncanny resemblance to some past incidents within the Indian perspective.

Human beings, as represented by Sheila, are living a claustrophobic life within this purity camp; and this is what most around us have succumbed to. There are numerous such “larger than life” scenes in Leila, as the story develops the narrative for the world which hypothetically will be created by humankind.

Similarly, one such scene draws substantial resemblance from the worsening water crisis in Chennai.  There is a portrayal of queues of colorful tumblers, buckets as their armors on people who are shoving, pushing and fighting for drops of water. The depiction is fictional in the show; however, we are very soon headed towards this acute crisis of water and other elementary needs for life.  Officials have blamed it on the rainfall and the South Westerlies. Water bodies are drying up, and the percentage of remaining groundwater is beyond the marginal level. It’s like nobody told us that we don’t have enough time in our hands to still start recovering from this condition. Similarly, no one told Sheila Pathak or Shalini Rizwan Chaudhury how to recover from identity crisis.

As soon as we enter the dystopian world with the protagonists, we feel confined to the rules and walls of the real world.  The walls are closing in on us, as drawn from the contemporary religious and political views, is a touching visual indeed.

The road leading to the highway will make you feel disheartened.  Fear will creep in because of the depiction of garbage that human beings have accumulated over eons, and it feels they can never get rid of it. It’s like a ‘Black Mirror’ episode for the upcoming centuries and generations to live, or die maybe. The life of the middle class is distraught with acid rain, limited water, a pile of garbage dumps for miles, chaos and disorder, and the realization that this is very soon dawning on us is implicitly referred to in every scene of the show.

The brilliant inference drawn in regards to discrimination and exploitation finds space in the daily published as news, and we lament, which one does while watching the seven-episode show. A realistic world with hypocritical flag bearers is something which is not a new term, neither is the present state of affairs. Division of class, caste, gender, religion, and privilege is prevalent in the whole show like it exists in and around us every day. Leila is a prime example of being the picture-perfect mirror to the society, and that is the biggest takeaway from this adaptation of the book by the same name written by Prayaag Akbar. Leila accounts for the worst-case scenario as the rate of deteriorating ourselves as species, and the environment is pretty alarming indeed.

Netflix Leila depicts a world we all might disbelieve, but actually might be slowly emerging into one.  It showcases a state of anarchy, a disgusting cauldron of human apathy led by an authoritative power at the helm- relapsing into a nasty world of abhorrence and a dead end. Shalini was searching for her daughter frantically, and the desperation and helplessness portrayed by Huma Qureshi is astounding. Rohit Khanna plays his calm and charming self as Leila’s husband, Rizwan meets with the audience as the dim hopes of Leila, in the quest for their daughter. Actor Siddharth plays an enormous role in this dystopian world, trying to save himself and others around him and he justifies the role thoroughly. 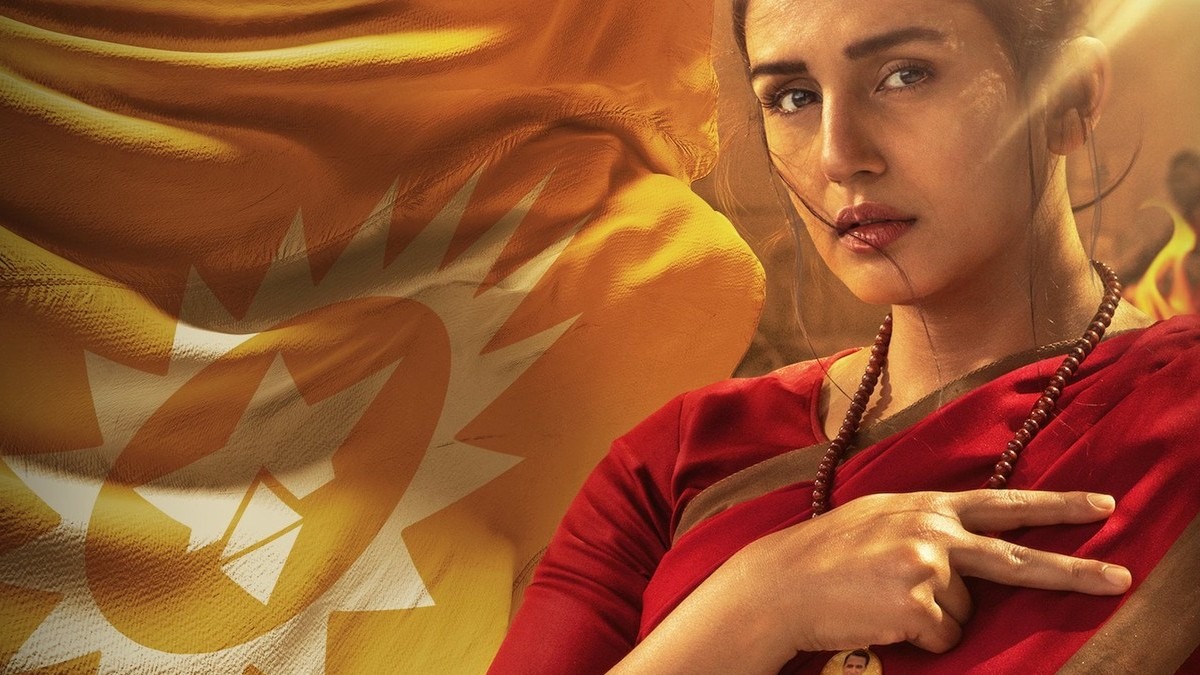 There comes the point where the regressive mentality and treatment of hierarchical distinctions and manifestations is beyond the realm of accepting it. Some instances hit one personally, and there is no redemption from this feeling. While Prayaag Akbar’s novel ends with a resounding punch in the gut reminding us that what is a dystopia for some can be a depiction of the utopian world for others, especially for those who are in the helm of power. However, the show on Netflix ignores these barbed moral predicaments and does not promise any subversion of such portrayals. Overall a compelling watch, although Twitter is laced with accusations of the show’s so-called ‘Hinduphobia.’

Online Dating Continues to Sweep the World- But is Data Crunching the Best Way to Find a Partner?

How to Boost Your Business and Create Brand Awareness With Influencer Marketing?

Gone with the words but not while grading the term papers!

How to Boost Your Business and Create Brand Awareness With Influencer Marketing?

Are You Getting Enough Sleep?

The Naked Indian Woman, The Voices of the Unheard Daughter of India

Masaba Masaba: The Reel Neena Gupta That Pushed Us To Celebrate What’s Real