Skip to content
Home  »  Pop Culture   »   Did Shakira Take A Dig At Her Ex Gerard Pique With Her New Song? 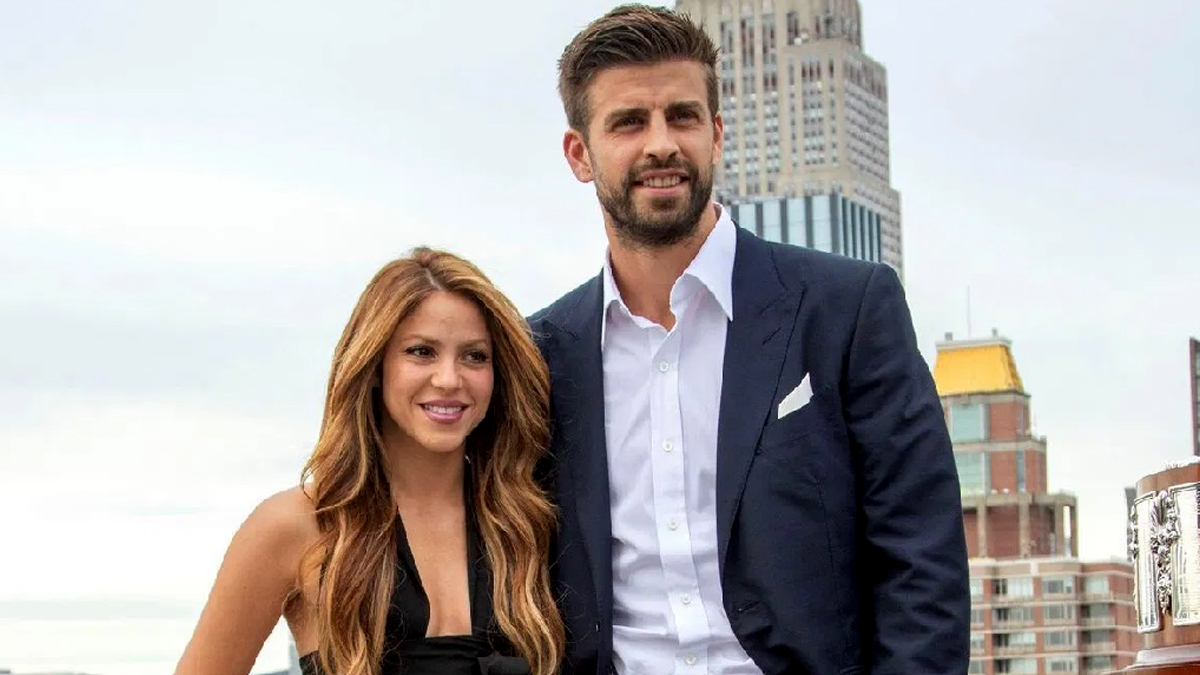 Songs are the most powerful weapon of a singer to vent out emotions related to failed relationships. From Selena Gomez and Taylor Swift to Britney Spears, there are endless examples. And the latest addition to the list is our very own “Queen of Latin Music,” Shakira. The Columbian singer and her ex Gerard Pique, announced their split in June last year. It was apparently the latter’s cheating that led to the separation after 11 long years.

Post the heartbreak and “incredibly difficult” time, Shakira has taken a swipe at him. She tells the former Barcelona player, “I’m too big for you,” as she collaborates with Argentine DJ and producer Bizzarrap on Bzrp Music Sessions #53. On that note, let’s take a look back at their relationship while translating the Spanish lyrics of her song.

The lady whose Hips Don’t Lie and her ex-boyfriend were together since 2010. It was the year when the FIFA World Cup took place in South Africa. Love blossomed between the two while filming the superhit song Waka Waka. Pique kept his promise “to win this World Cup so that we can see each other at the finals,” with he and the Spanish national team emerging victorious. Shakira and Gerard went public the following year, in 2011.

They made a beautiful couple despite the 10-year age gap. In 2013, she even confessed that she “lost faith for a while,” but after meeting Pique, “the sun comes out.” Interestingly, they also share their birthday on February 2nd. The now estranged pair has two sons, Milan Pique Mebarak, aged nine years, and Sasha Pique Mebarak, aged seven years.

What Went Wrong Between The Two?

Shakira and Pique left many stunned with the news, “We regret to confirm that we are parting ways.” They also urged for privacy for the “well-being of our children.” The reason was believed to be Pique cheating on her with a younger woman. And when the media spotted him with coworker Clara Chia Marti later, the world accepted it was his fault.

There is no exact timeline as to when things started going wrong. But a leaked 2021 video shows that probably everything began much before the split. The video saw a woman in the background of Pique’s zoom interview in the former couple’s family home. The lady in question resembled Clara. This left Shakira “devastated” as they were still living “happily together.” She was abroad with her children during that time. Following the separation, the exes were in a custody battle before Shakira gained primary custody of their sons.

Shakira Slams Her Ex With “I Was Out Of Your League”

Shakira had to go through “the darkest hours” due to her breakup with Gerard Pique. But now she feels “stronger.” The singer believes she is “out of your league” and that “A she-wolf like me isn’t for guys like you.”. Shakira is also of the opinion that her ex is “with someone like you” while “I’m worth two 22-year-olds”. This may be a dig at Pique’s present lady Clara who is around 22-23 years of age. The pop star also made her point clear that she had “already caught another plane.” And “won’t get back” no matter how much the former footballer cries or “beg me.” Pique’s ex-girlfriend did wish him well “with my so-called replacement.” But she also advised him “work out your brain” besides spending “so much time at the gym.”

However, this is not the first time Shakira has hit him through her music. In October 2022, the singer released a song called Monotonía. There she stated that her “cold as Christmas” boyfriend left her “because of your narcissism.”

SEE ALSO: What Louis Tomlinson Is Up To Now?

In her track 53, the Columbian songwriter said, “You traded in a Rolex for a Casio.” Now Gerard, who runs the Kings League football, has reacted to that. During a Twitch stream, he announced a deal that shocked everyone. It was between his King League project and none other than watch manufacturer Casio. He also proudly flaunted his Casio watch. Even gifted them to his fellow colleagues. Pique also went on to say how these watches would “last a lifetime.” This is obviously a contrast to his relationship with Shakira.

Reports are also doing rounds that he arrived in one of the Kings League’s matches in a Twingo. For those unaware, Shakira, in her song, said, “You traded in a Ferrari for a Twingo.” He even choose the number plate 2511 MDJ, which as per theory, stands for the date Shakira left home. MDJ also alludes to “me dejo,” meaning “she left me.”

Gerard Pique and Shakira are definitely going through a bitter post-breakup phase. The former love birds have also agreed to sell their family home.