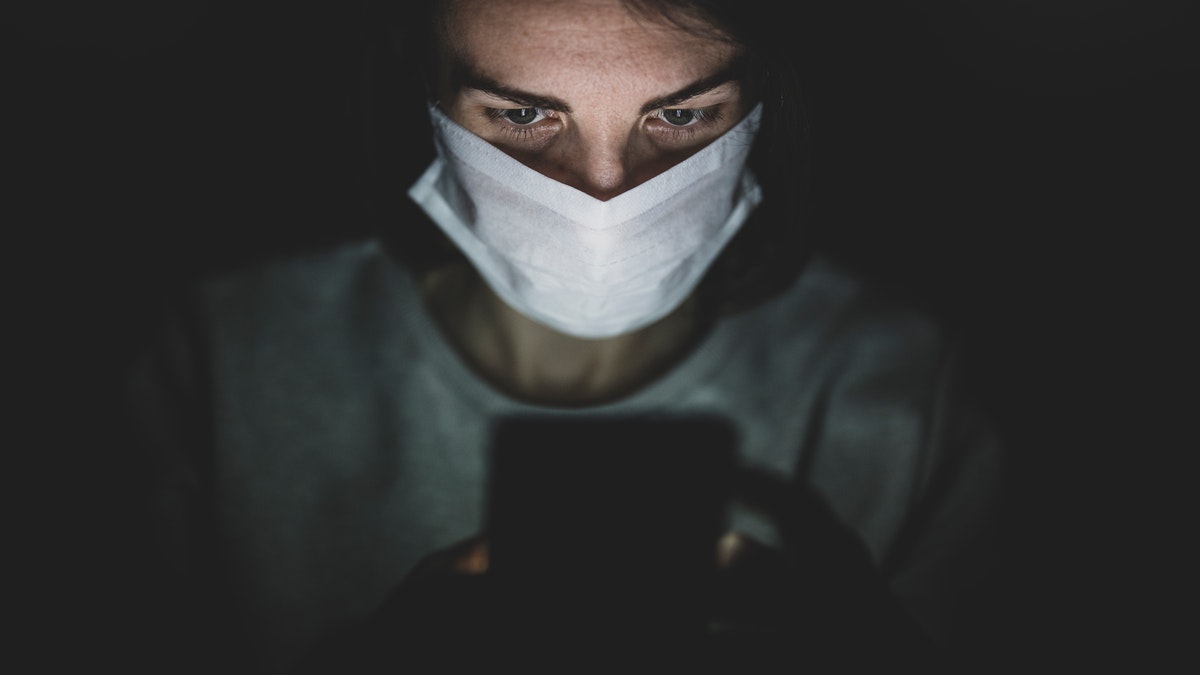 Without access to their regular patients and trying to help millions of people suffering the effects of social isolation, many mental health practitioners turned to social media to help them cope. Of course, this kind of help came with disclaimers.

These platforms have also allowed everyone to express their mental health conditions and tell people what they suffer from. The pandemic also highlighted people’s mental health problems in a way that no other time in history had.

The social isolation also meant that they turned to social media to express what they were feeling and to search for a like-minded online community. These were helpful for those who had existing diagnosed mental health conditions and had no access to therapy groups and their therapists.

Can We “Acquire” Mental Disorders We May Not Have at all?

Now we turn to the downside of mental health and social media – self-diagnosis. This group of people was among those who were not previously professionally diagnosed but were watching those online and identifying with them. TikTok is the platform leading the charge.

Some began displaying psychosomatic symptoms that had nothing to do with psychopathology or endogenous causes. This is particularly dangerous. It ultimately seals a self-diagnosis, and the person concludes that because they were feeling symptoms, they had the mental health disorder!

There has been a rise in the last year and a half of  ADHD, OCD, Dissociative Identity Disorder (DID), Autism, and Tourette syndrome. It was previously rare for young people to approach a therapist or psychiatrist with a diagnosis already made. This started happening in alarming numbers when it came to DID. The disorder is trauma-based, where the individual forges multiple personalities to cope with the trauma. It appeared that the common denominator in making these extreme diagnoses and, indeed, the main culprit cited was social media. There is a growing DID community on TikTok.

While this test is not diagnostic, there is a ‘childhood trauma’ test doing the rounds on TikTok. There is undoubtedly room for abuse as it uses people’s experiences to determine the emotional struggles they are likely to experience.  The test is provided by the health care app BetterMe. A community has formed around sharing the results of the test. One can only wonder if people will imbibe the test results. They may even experience these emotional struggles that they might not have known of if not for the test.

What are the Limits to Expression Regarding Mental Illness Posts on Social Media?

There are also community guidelines that each social media platform has. Some of the policies prohibit content relating to self-harm. If there is overt content of someone ostensibly who has a mental disorder and their expressions amount to self-harm, it can be reported to the platform.

What are the Safeguards to How We Receive the Information?

Remember that just because people say that they have a mental disorder and show the symptoms does not mean that it is true. Be discerning to listen out for whether the person has had a professional diagnosis and point viewers to the same thing. If the information is all experience-based, then it is wise to take it with a pinch of salt.

Observing adverse mental health content is, ironically, bad for your mental health. Constantly watching people recount their ‘traumas’ or another breakdown or another triggering episode they experienced is not healthy. We have our issues to deal with without having to imbibe those of strangers.

Know that some may just be looking for attention on social media. Pretending to have a mental disorder, as insensitive as it sounds, might be their way of being seen. They may also be those who enjoy playing the victim and thrive off the sympathy they receive, even if it is for a fake mental illness.

What to Do with the Virtual Information You Receive?

The ultimate safeguard would be to draw a boundary between real life and virtual space. Young people who may be experiencing what they think are symptoms should report this to their parents. They should seek a proper diagnosis. Parents also can be curious about what their children are going through. They can reassure them about the natural adjustments and confusion that can come with normal development.

Mental health has gained prominence during the pandemic. There are helpful ways that social media, including TikTok, has helped professionals help the public cope remotely. The downside is that other unqualified people have been using the same platforms to display their self-diagnosed mental health conditions.

This has led to young people making definitive self-diagnoses on their first visit to mental health professionals. Most of the time, these are false diagnoses, and professionals were alarmed at the rise in DID and Tics symptoms. The best course of action is to monitor and curate social media use in a way that is helpful and supportive to those suffering from the clinically diagnosed condition while protecting the young against incorrect and harmful mental health content online.