Skip to content
Home  »  Pop Culture   »   Did These Popular Feminist Movies Do Well? 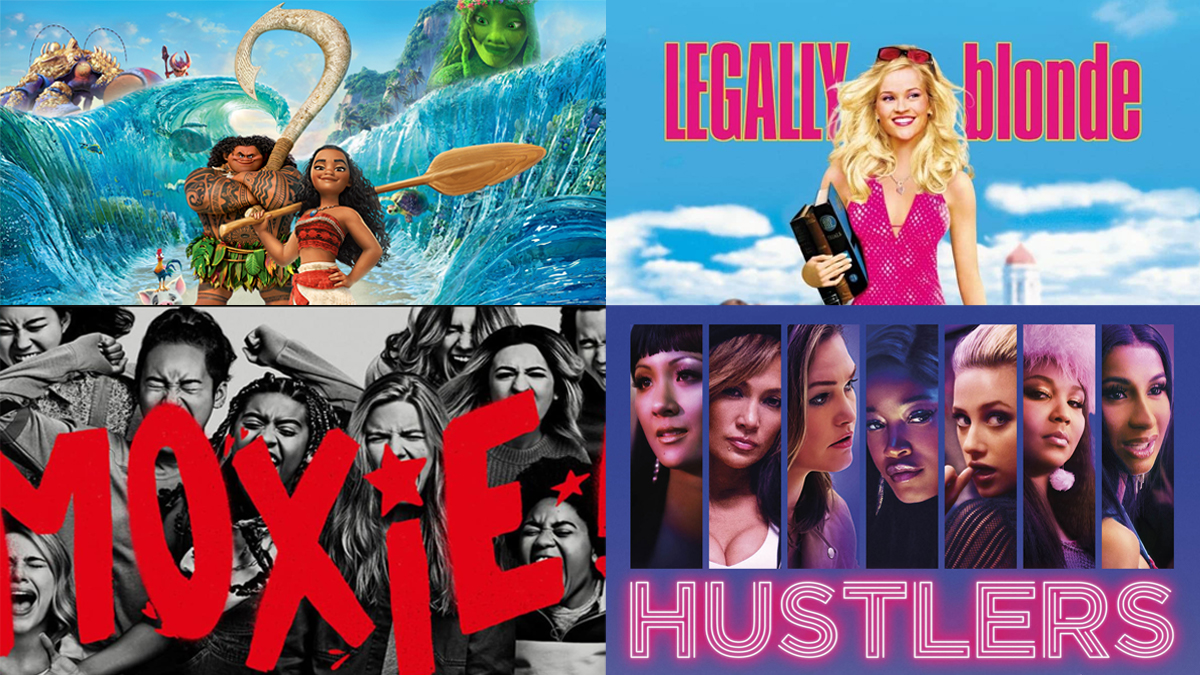 The world, at this moment, is witnessing the fourth wave of feminism. While others have been revolutionary too, in fact, they hit the ground running because they essentially started at a time when the world was much more unjust towards women, this particular wave is greater than any other. That’s because it has come at a time when the internet has immense power to drive social change. Today, the fourth wave has gained even more momentum through feminist movies.

Because of the significance of the feminism movement, it is bound to have a cultural relevance in media and pop culture. It was and always will be a hot topic. Some view it as vile and inappropriate, while others view it as empowering and beautiful. Either way, it has been both ridiculed and glorified in movies.

In the 21st century, there has been a rapid influx of feminist movies that want to represent feminism as the revolutionary and necessary movement it is. While some do justice to it, others don’t.

SEE ALSO: The Role of Women in Hitchcock Movies

Let’s look at a few popular feminist films to see how influential their feminism was:

Moxie is a coming-of-age movie that shows the active involvement of teenagers in political movements, specifically, a group of young girls coming together to form a feminist collective. Directed by Amy Poehler, the feminist movie has a diverse cast and a heartwarming storyline. It highlights female allyship and toxic masculinity, along with schools’ habit of protecting young boys who harass rather than young girls who are at the receiving end of it.

But Moxie falls short for a couple of reasons. It has a protagonist whose motive of rebelling to form a feminist group called Moxie, while suddenly developing a strong passion for the cause, was weak. While the movie used all the right words, in theory, it struggled to implement its own words in action.

An important question raised by many critics is why the movie chose the wrong protagonist. Why did they even mention intersectional feminism when they blatantly centered the movie around a woman subject to white privilege over a black woman who is actually shown to face harassment?

Films need to stop enabling selective feminism. It is convenient and lazy, things that feminism just can’t be anymore. Feminism is a fight that needs to be won. Movies, books, and pop culture can contribute strongly to that. They just need to be better at it.

As far as feminist movies go, Moxie is a commendable attempt. To someone who knows little about feminism, this movie is a good starter pack. It reminds us that misogyny is normalized everywhere, even in school. Boys are handed opportunities, while girls are denied them.

But in the 21st century when crimes against queer women and women of color are on the rise, we have to make more of an effort to emphasize intersectional feminism. Moxie, unfortunately, failed to do so.

Legally Blonde came out at a time when feminism wasn’t a mainstream topic. There were few references to it in cinema, owing to the misconception that feminism is about women hating men. Legally Blonde didn’t declare itself as one of the feminist movies. However, two decades later, it has become a piece of cinema that shattered stereotypes and established women as multi-dimensional.

The protagonist, Elle, is easily unlikeable in the beginning; she is spoiled, self-centered, and shallow. But that’s where the story fools us, making us question why we villainize too much femininity. She goes on to prove herself as smart and committed, in a plot that yes, is too easy and linear. But the movie serves as an important reminder that we are too quick to judge women. And honestly, we need more such plots that empower women who are constantly put down for being too “girly”.

But it would be unfair not to acknowledge the lack of intersectionality in Legally Blonde. The story revolves around a white woman who is misjudged as dumb because she is pretty. The film is a good reminder that no privilege can escape misogyny, but it is also important to remember that her ease in availing opportunities is due to her white privilege.

Legally Blonde is a casual watch that makes you scream, “You go, girl!”. Because of the time, it came from, it is perhaps better to not expect it to be perfect in its feminism. Especially since it doesn’t promise to do so. But it does stand out from other “chick-flicks.”. And for that, it can be called ahead of its time.

As opposed to Moxie, Legally Blonde is viewed under a more lenient feminist lens. And that’s because 20 years later, we can’t be making the same mistakes.

Moana is an animated Disney film that educates both adults and children a great deal. It is the story of a young girl who is brave enough to listen to her calling and save her island. It teaches resilience, courage, and strength. But more than that, it teaches young girls about how far they can go.

One of the few Disney feminist movies without a male lead, Moana is shown as much stronger than any men she encounters. Maui, a male demigod, is narcissistic about his strength. He is bigger and more masculine, but eventually, relies on Moana to lead their mission. Her character is inspiring, especially to young girls, because it reminds them that they don’t need a male hero to swoop in and save the day.

Moana is perhaps one of the most progressively feminist movies Disney has ever made. It is the story of a young Polynesian girl who doesn’t need anybody’s help. Her body type doesn’t conform to conventional beauty standards, unlike other Disney princesses. Because of how real she looks, her story seems even more convincing. The movie also reversed the power dynamic between men and women that society has normalized. In doing so, it empowered all girls watching it.

When it comes to animated movies, it is extremely important to send the right message since their target audience is children. These characters are a significant part of everybody’s childhood. So they need to be representative of a diverse group of people so that children can relate to them and take pride in their own identity.

Hustlers follow the story of Destiny, a stripper who struggles to make ends meet. When a stripper named Ramona enters her life, she turns it around. Hustlers is from a female gaze which, as opposed to the male gaze, is as rare as they can come. Directed by Lorene Scafaria, the film is based on a true story based on an article by The New York Magazine. It was banned in several countries, due to its “obscenities”.

Strippers are looked down upon as greedy and immoral women whose sole purpose is to please men. Hustlers took that misconception and turned it around.

After having financial issues, the women start drugging rich men and stealing money from them. Naturally, nothing about that is ethical. But Hustlers don’t glorify their stealing “hustle”. All the movie does is show the reality of women of color in an industry massively affected in the wake of a recession. These single women resort to stealing when nothing else works out. Their victims are rich and privileged men who have dubious intentions for them.

If that makes the audience uncomfortable, I think the movie intended for it. Any kind of sex work isn’t easy. And Hustlers doesn’t hesitate to tell us exactly how difficult it is.

At its heart, the film highlights the beauty of female solidarity. There is no doubt that in a world that caters only to men, women have to stick together. They have in common the same kind of mistreatment, by society and by men. Because of that solidarity, they protect and understand each other. Even in the end, when Destiny betrays Ramona by accepting a plea deal to escape jail, Ramona understands why she did it and seemingly forgives her. Years later, they still think of each other. Hustlers stand out amongst other feminist movies because of the strong female friendship it portrays, something found rarely in media.

Can We Do Better?

Of course, we can. And we have. There are a lot of feminist movies, TV shows, and documentaries that empower women. What we need, however, is a culture where such things aren’t so rare that they are lauded for being different. We have come so far and we will keep going for as long as it takes.

2 thoughts on “Did These Popular Feminist Movies Do Well?”