Skip to content
Home  »  Review Corner   »   Does Jurassic World: Dominion Live Up To The Nostalgia? 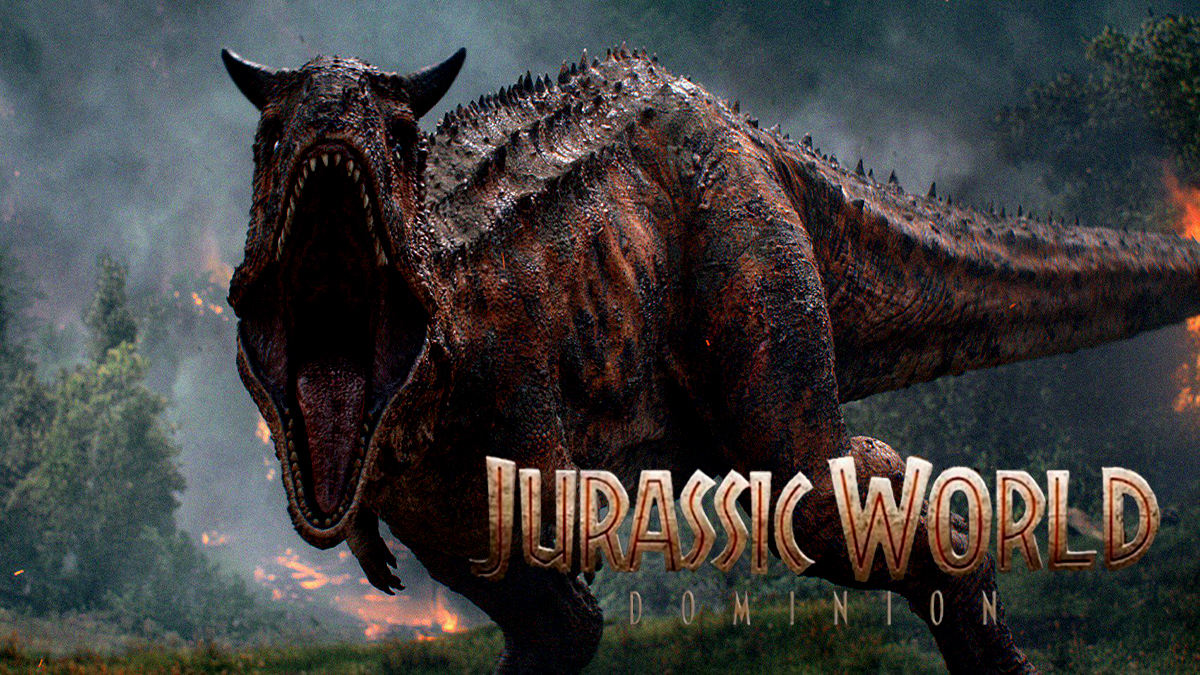 Jurassic World: Dominion supposedly rounds up what began with Steven Spielberg’s Jurassic Park, the 1993 film adaptation of acclaimed author Michael Crichton’s novel of the same name. The latest installment is the 3rd film in the recent trilogy and the 6th overall.

As evident, the makers wanted to pay tribute to the original and take us on a joy ride of nostalgia.

But were they successful? Did they manage to bring nostalgia to a whole another century? Did they do justice to the original Jurassic Park? With such questions coming to mind, let’s find out what Jurassic World: Dominion has to offer.

The roar is louder than ever with Jurassic World: Dominion stepping into the list as another Jurassic Park part. Can you hear it too?

In a world where the dinosaurs are living alongside humans, Claire Dearing (Bryce Dallas Howard) works to prevent the unlicensed breeding of them. She lives with Owen Grady (Chris Pratt) in an isolated home amidst mountains. They co-parent and protect Maisie (Isabella Sermon), the cloned granddaughter of the late Sir Benjamin Lockwood (James Cromwell). However, Lewis Dodgson (Campbell Scott), CEO of Biosyn Genetics, manages to kidnap her along with Blue, the child of Grady’s trained Velociraptor.

Claire and Owen track them down with the help of Kayla Watts (DeWanda Wise), the kind-hearted pilot, and begin their rescue mission to Biosyn.

Elsewhere, perplexed by the appearance of an extinct kind of locust, famous paleobotanist Ellie Sattler (Laura Dern) approaches her former lover and renowned paleontologist Alan Grant (Sam Neill). After discussing the possible involvement of Biosyn, they plan to visit the organization, where they reunite with their old friend Ian Malcolm (Jeff Goldblum), who now teaches there.

The adventures begin at the setting of Biosyn. The old and the new generations meet and encounter different species of dinosaurs.

Thus, the roller coaster saga continues. Quick question, what if there was an actual world where dinosaurs and humans were living side by side? Do you feel the graphics coming to liven your imagination?

If you’re a die-hard fan like myself and have seen the 1993 classic multiple times, you can quickly identify connections that will tickle your nostalgia buds.

The Return of the Veterans

The original trio – the beauty with brains Ellie Sattler, the ever curious and adventurous Dr. Alan Grant, and the charismatic Dr. Malcolm, who always “finds a way” with his punchy one-liners, returns. Of course, they made a few cameos and have been mentioned in previous films. But this is where they get maximum screen presence after the original one.

Not only is their aura the same, but they have also maintained their distinctive style statements throughout these years. Ellie carrying her oversized shirts fashionably, Allan with his trademark hats, and Malcolm flaunting those trendy leather jackets.

Well, they look just as dashing as they were in the early 90s.

Red Flares are the Best Option To Distract Dinosaurs

Jurassic World: Dominion reinstates the fact that even after three decades, the red flares are the best weapons to deter dinosaurs when they are in an all-out attack mode.

Malcolm throws the light into the mouth of the latest addition Giganotosaurus. Compared to what happened in Jurassic Park, where he got knocked unconscious and Donald Gennaro (Martin Ferrero), the greedy lawyer of Hammond (Richard Attenborough), was eaten alive by the terrifying T-Rex, this time, the strategy worked.

It’s safe to say that Malcolm has certainly grown wiser with his gray hair.

Who can forget that loving moment from Jurassic Park between Ellie and the sick triceratops? She got so attached that she didn’t even hesitate to put her hands in “one big pile of shit,” as Malcolm said, to discover the actual cause of the animal’s persistent illness.

Similarly, in ‘Jurassic World: Dominion,’ we see her getting awed at the sight of Triceratop babies. It looks like they are her favorite kind.

Alan’s Opinion on Raptors Has Changed

In Jurassic Park, we saw how Grant tried to scare a kid by describing how a raptor “doesn’t bite your jugular like a lion.” In Jurassic World: Dominion, he rectifies his statement by acknowledging that they are “smart enough to go for the throat.”

T-Rex Re-Stamps Itself As the True Apex Predator

We had seen how at the end of Jurassic Park, the T-Rex (although unintentionally) came to the rescue of Ellie, Grant, and the little kids when raptors attacked them.

In the new movie, it was put against the deadlier Giganotosaurus. Just when everyone thought that the prowess of T-Rex had ended, it used its brains to partner with Therizinosaurus to take the big guy out, thereby reestablishing itself as the true boss of the dinosaur world.

Even as it passes a circular outside structure, we catch a glimpse of the iconic Jurassic Park symbol. This shows how T-Rex has been and will remain the main highlight of the series.

The Main Villain of Jurrasic Park is Back

Well, the character has returned as the head of Biosyn in Jurassic World: Dominion. This film demonstrates how he was always the major flawed figure. Unlike Hammond, who created a scientific miracle by bringing back the extinct wonders to share with the world, Dodgson only intended to use dinosaurs for financial gain.

Dilophosauruses are the Villain Killers

Although T-Rex is the apex predator, it is the Dilophosauruses that do the job of eliminating the bad guys. Jurassic Park saw one of them kill the “acting villain” Dennis Nedry by spitting poison.

In Jurassic World: Dominion, 3 of them together took the responsibility of taking down the primary negative character, Dodgson.

Henry Gets the Chance to Make Things Right

Dr. Henry Wu (BD Wong), the main geneticist in Jurassic Park, created a blunder by adding the frog genes, thereby making the female dinos capable of independent reproduction. In Jurassic World: Dominion, he gets a chance to atone for his other error by altering the gene of the crop-destroying locusts.

SEE ALSO: Rick and Morty Season 6: What To Expect From The Upcoming Season?

Does ‘Jurassic World: Dominion’ Do Justice to the Old Classic?

Honoring a timeless film like Jurassic Park is no easy task. And comparisons are inevitable when you try to reproduce the charm with throwback elements. Remember, this has nothing to do with commercial success.

Spielberg created a masterpiece in Jurassic Park. He knew the significance of slowly building suspense. Everything started out like a heavenly amusement park ride and then gradually descended into complete pandemonium. He saved the reveal of the T-Rex for a long time. And even when the moment arrived, they used the water shaking sequence to trigger our imagination.

The stunning visual effects that Spielberg created with minimal equipment were incredible. And then, with the addition of John William’s sensational background music, the outcome was legendary.

Jurassic World: Dominion, in comparison, is unable to convey such intensity. What’s more frustrating is that the audience sees dinosaurs being sidelined in a franchise where they’re supposed to be the showstoppers. Instead, the kidnapping aspect and portrayal of Biosyn as a villain receive more attention.

Moreover, the answer as to whether humans and dinosaurs can coexist remains the same even after 30 long years.

To be fair to the creators, ‘Jurassic World: Dominion’ has excellent CGI and stunning graphics. But then again, in an era where we are already spoiled by great visual delights, there is nothing extraordinary in it.

The Final Verdict – ‘Jurassic World: Dominion’ is a One-time Watch

The intention to bring forth a holistic experience with all the nostalgic recreations failed primarily because the movie lacked a good storyline. It ended up becoming a plain boring replica with far less impact.

That being said, you can watch Jurassic World: Dominion to honor the good old scenes. But will I watch it again? Probably not. I would instead see Jurassic Park a thousand more times.

Maybe some treasures and immortal classics should never be touched.

3 thoughts on “Does Jurassic World: Dominion Live Up To The Nostalgia?”