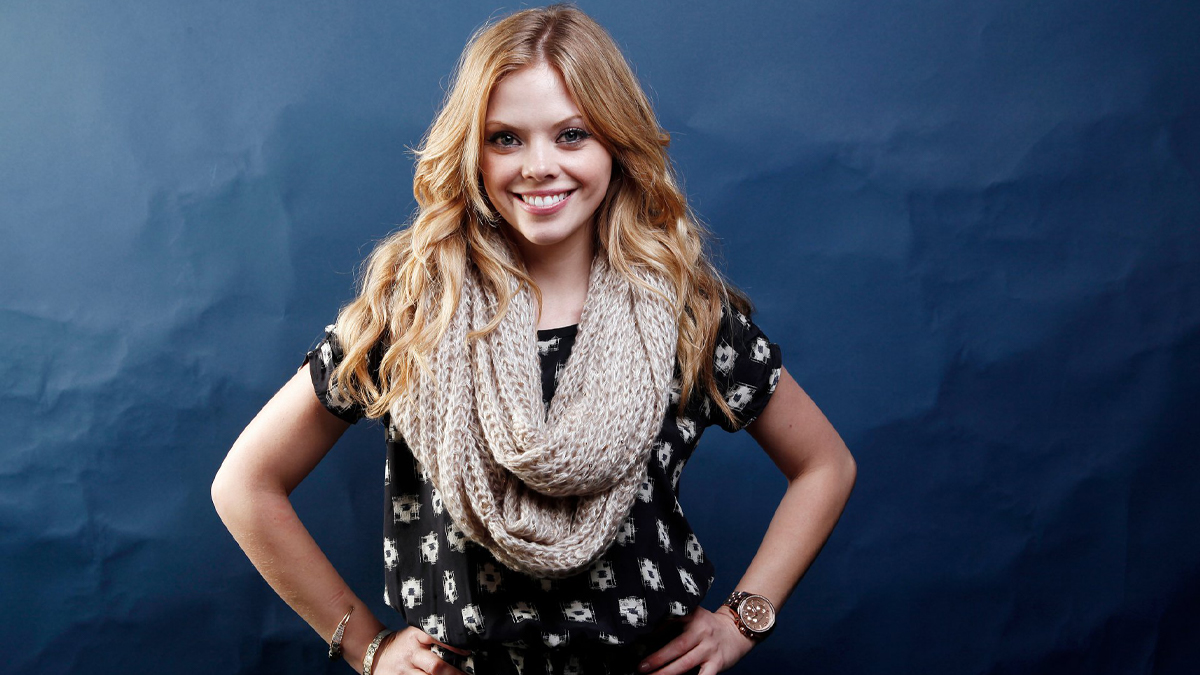 The doe-eyed bubbly girl Dreama Walker sure looks like a dream. And we couldn’t agree more on how her name is so unique and truly justifies her good looks. It seems her mother named her after her dear friend Dreama Bilby. The actress is not all about beauty, though. She is very talented and has been a part of several well-known projects. However, it was the fan-favorite TV series Gossip Girl that gave her the biggest exposure. Want to learn more about this charming lady? Well, that’s great because I have got a lot of interesting things to share with you.

Dreama was born on June 20, 1986, in Tampa, Florida. She graduated from Henry B. Plant High School in 2004. While the exact identity of her father is unknown, he is reportedly believed to be someone of English and Irish origin. Meanwhile, her mom is Elyse Walker, who comes from Italian and Puerto Rican descent. This makes Dreama of mixed origin.

As far as her other family members go, she has been married to Christopher McMahon since August 1, 2015. They have two adorable daughters about whom Dreama says, “I am not perfect, but they are.” The actress is quite active on social media and shares pictures of herself with friends and family from time to time.

The Mother of Two Takes Fitness Seriously But Dislikes Running

Maintaining the perfect figure after giving birth is not easy. It requires dedication and hard work, and that’s what Dreama does. She prefers leading a healthy lifestyle but does not believe that one has to be “obsessive about it.” This is why while she is conscious of what she eats, she feels “OK to splurge once in a while!”. She also prefers staying active all day. And goes on long walks, hikes, or does anything that involves her staying mobile. However, running is her “least favorite thing to do.” This is mostly because she believes she “runs funny” and doesn’t “look cool at all.” Hence, after a certain time, “I get bored, angry, irritable.”

By the way, do you know who her role model is? Well, it is none other than our favorite Black Widow, Scarlet Johansson. She admires her “because she’s healthy and curvy.” “Amazing” Halle Berry is also on her favorites list. Great choices, Dreama.

I know it’s hard to believe that an actress so fit loves high carbs like french fries and mayonnaise. Although her profession limits her from eating tasty unhealthy stuff, with “moderation,” there’s nothing wrong. But the funny thing is the actress previously thought them to be “disgusting.” Can you believe it? And that’s not the end of surprises. She also has “a really bad sweet tooth.” Oh yeah, but then as always, she knows her boundaries.

Talking about food, Dreama is also a fan of the Acai bowl at Liquid Juice Bar in Los Angeles. The dish comprises several wholesome ingredients like berries, granola, bananas, and almond milk. They make it so “divine, delicious” that she visits the bar “four to five times per week.”

She Loves to Groove

There are several ways to stay in shape, and Dreama has chosen dance as her preferred option. She practices dance daily. But loves to keep things interesting. Wondering how? Well, she closes “all my curtains” so that no one sees her and then turns her favorite songs on. After that, she imagines herself performing “in a really sweet music video.” There you go, all the calories burned. She also loves doing ballet and believes it to be “wonderful for postures, muscles.”

Dreama has always been attracted to fashion and glamor. She was Junior Miss Hometown of Florida. During her teens, she was also associated with a pop band named S*coolgirlz. But after finishing her graduation, she set foot in the real entertainment world. Goodbye Baby was her first movie break. But Compliance saw her getting nominated for the Chainsaw Award for Best Supporting Actress. Some of her other movies include Sex and the City, Lifelines, Gran Torino, The Invention of Lying, Chlorine, and The Pill.

Besides films, she has several TV shows in her kitty as well. Her journey started with the television series Law & Order. But Gossip Girl remains her most popular project, where despite featuring in only 14 episodes, she received great appreciation. Among her other shows, Doubt and Don’t Trust the B—- In Apartment 23 had her in central roles.

Seems like Dreama Walker has the perfect balance of personal and professional happiness in life. We hope for more prosperity in the upcoming years.