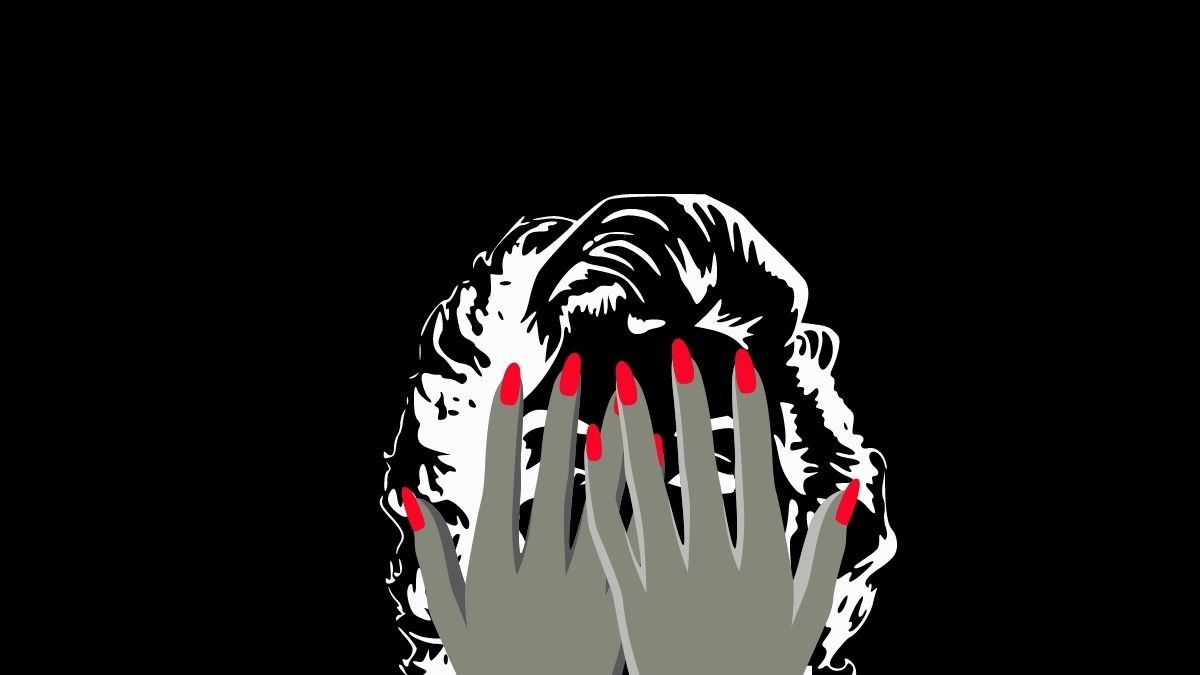 The inevitable had to happen, something I have been dreading for too long but knew was coming my way. Being harassed has been something that I have heard about and have been experiencing here and there. I never truly understood the severity of it until I was standing in one corner of the road and bawling my eyes out, trying for the prying eyes not to meet mine. Dumping the trash had never been as traumatic as it became that day.

People around me kept saying that “India is not safe,” “women are not safe, here”. Yet I kept defending that it is not just India; it’s everywhere. I still feel the same way; it’s not just India.

It all started because I live alone and I don’t know the local language.

I am a single lady living in a city where I relocated in 2017 and now I work. In an apartment that I have rented, I live surrounded by all kinds of people. I have met the kids next door, and they are not the friendliest bunch but bearable.

The house adjacent to mine consists of a bunch of harmless people who speak in a decibel that the government should ban. Due to this lifestyle, I have to clean up after myself. I make sure that I find peace within my one-bedroom-kitchen-hall apartment.

When a Regular Morning Turned Into a Traumatic Incident

One fine morning, pre-work, I got dressed, packed my lunch and prepared myself to brace for the day ahead. I left to take the long walk to my cab pick-up point. Before boarding the cab for work, I had to drop my garbage off at the dumpster.

I reached the local dumpster, dropped off my garbage trash, and walked towards the pick-up point when I heard bikes and screams. I shouldn’t have looked across my shoulders. five men were pointing at me and screaming something.

To understand the situation, I lower the volume of the music playing on my headset. I stopped to see what the problem was. Neither afraid nor scared; I just wanted to know what had just happened for these men to behave the way they did. These men approached and started speaking in the local language, to which I reacted with a blank expression.

They understood my stare or rather the meaning behind it and spoke to me in a common language. In broken Hindi, he asked me, “Where is your house?”
I said quietly: “What is the problem?”
He said, “Why are you littering?”
I said, “This is exactly where the Garbage man instructed me to drop off my trash because this is the local dumpster, and he will pick it up when he comes the next morning.” The topic changed from ‘why I was littering’, to “show me your house, and I will make sure you never have any issues with anything.”

These men are the local goons. Since I was busy minding my own business, they made me their personal clown for the morning for their entertainment.

While the nincompoops were busy screaming at the top of their lungs at me, forcing me to show them where I lived so that they can solve ‘all my problems,’ a very incompetent-looking policeman was taking a bike ride in the lane. So, as per my instinct, I called him for help. He looked rather amused and left the scene faster than he could probably have walked, in general. I lost the last hope of being civil, and I started shaking out of rage and embarrassment.

People around me were gawking at how these men are ‘brave’ enough to face the culprit of the society, a.k.a me. This person was instructed by another ‘government employee’ to do something and is being harassed for the same.

I asked the person to give me his identity card and took his photo, to report him to the police about the incident before the road rash policeman. He promptly responded that no one can do him any harm. And I must keep his picture for future purposes and make sure that I report him.

All hopes lost, I started screaming at this man. It was only then that I realized that this was something I should have done a while back. The moment I raised my voice, these men took a foot back and told me to lower my voice or else it will be ‘bad’ for me. But hell hath no fury as a woman scorned. And by then I had forgotten that I am a ‘woman’ and I should act ‘appropriate’. I kept shouting, and they fled the scene. I don’t know why I had this sudden shift in this behaviour.

Now, I know littering is wrong, and I shouldn’t be, but this was not littering. I confirmed with all the people who pick up our trash that they dump all these in that specific area to sort everything according to their internal instructions.

So, as long as nobody is indeed throwing it anywhere and they can manage everything, the local people can walk up to the area and keep their trash in a manner that will not affect the pedestrians, exactly what my intentions were. The whole story’s point is that one line used by this man, made me feel insulted. The summary of which is, had I not been a woman, he would have slapped me and made me understand what ‘hell’ is.

Should I Be Grateful That I Am Not a Man?

Did that man, whose sole purpose in life is to waste his time and harass people who are trying to survive by being honest, take pity on me? Furious enough, I wanted to know what he meant by ‘hell’? I really wanted to ask him if he believes I’m not worthy of his “hell” because I’m a woman.

This sounds masochistic I know, and it could have gotten worse, but at that moment, I felt as if I had no self-worth. This line will raise eyebrows, and I understand that. I am not saying that he should have hit me or made any physical attack because I feel violated otherwise. I just don’t like the thing he said. He wanted me to feel weak and vulnerable; he wanted me to feel violated and disgusted (I know his tone, so I know what he said and meant) because I am not a man. I don’t know if being a woman is bad or being a man is bad, at least in this case.

These men left, sorry fled, the scene because of me screaming out of my mind, and only then did my legs lose their strength. I felt like a wobbly mess who couldn’t walk or really process anything. I started to cry, I wanted to sit down for a minute and maybe find something to hold on to until I regained my sense, but such was not the case. Since it was an odd hour, only the smokers were outside, and all of these men and women saw me cry, hiding my face behind my hair.

Feminism Is About Equality, Right?

I am not trying to include the topic of feminism here forcefully, but that one sentence that the man uttered took us all back to an age where people were just tools, hunting and surviving and struggling to fight the predators.

Why fight for feminism if people have forgotten that they are ‘human’, in the first place? Why fight at all, for anything? Maybe the monkeys should replace us because of how structured their lives are compared to ours. I feared for so long that these boys might hurt me or cause harm to me in some way. In fact, I wanted to avoid walking down that street, and I even wanted to shift, find a new house, only, possibly to be harassed in some other way.

I am happy to report, that nothing has happened so far, I take that same route every single day, and I am still living in this same house. I am just tired and furious, but I will fight back every single time!

If you like this story, check out the personal blog and podcast channel of the author, Little Did She Know!

2 thoughts on “Dumping the Trash”