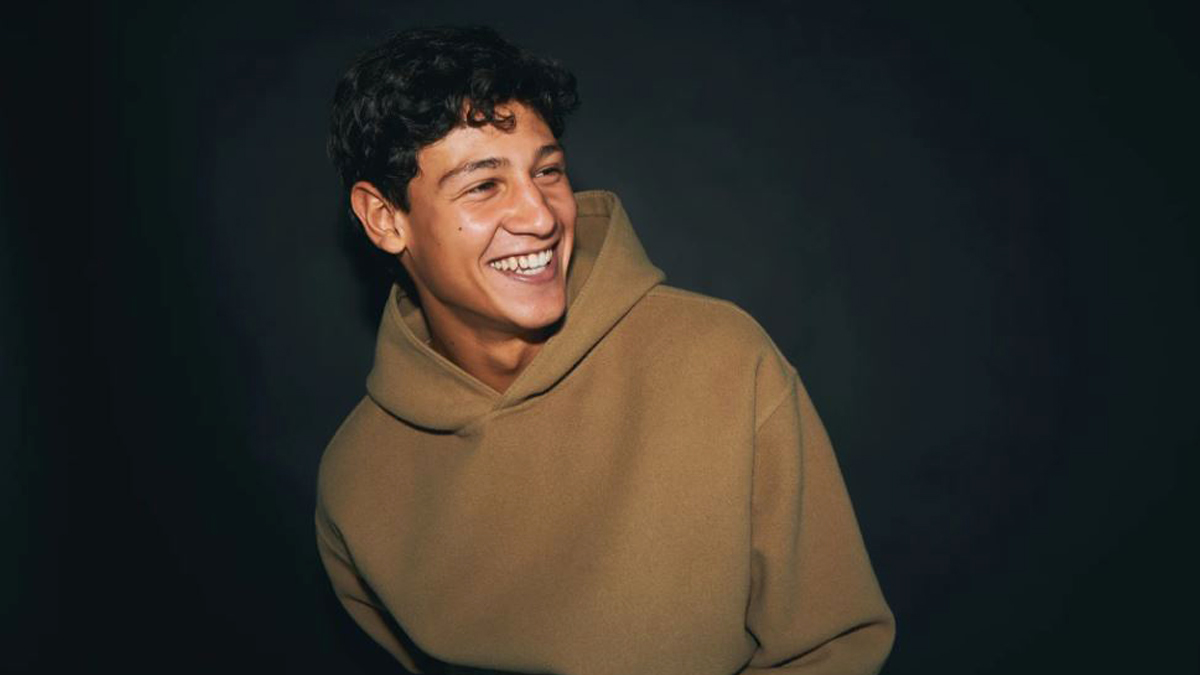 Emilio Sakraya is undoubtedly one of Germany’s most promising stars. The excellent young actor has been in the film industry for over ten years, and it is obvious that there are more such years to come and go. He was just nine years old when he made his acting debut in the “Children Tell” advertisement. But it was actually Netflix’s Warrior Nun that helped him get the fame he deserved.

“I’ve never wanted to do anything else,” he said in an interview. “My mum always tells me that I used to say ‘I want to become a fan, like Brad Pitt…’ I thought that fan meant actor.” Doesn’t he sound interesting? Well, we’ve got more interesting and unknown facts about him. Let’s read on!

This German Actor Is Moroccan-Siberian

Throughout his life, Emilio has been lucky enough to interact with a variety of cultures. Although he was born and reared in Berlin,Germany, his father is Serbian and his mother is Moroccan. On the top of that, he isn’t some caged bird since his childhood, but a hardcore traveller. Emilio loves visiting different cities worldwide and breathing in the different atmospheres everywhere. Hence, being a bilingual was his fate. Speaking more than one language is undoubtedly advantageous for actors, especially if you want to succeed internationally. Although Emilio is bilingual in German and English, it is unclear whether he is a fluent English speaker.

Emilio isn’t limited to acting but also is a popular model and singer. Through his single (track) “Down By The Lake,” Emilio Sakraya made his debut in the music industry. The Universal Music Group in Germany has a contract with Sakraya. Following the release of his single, Sakraya played the part of Neke Bah in the RTL production “Winnetou – The Myth Lives.”

When he became 11 years old, Sakraya also started learning several instruments. He joined a school band and played the guitar, drums, and piano. He first started writing his own songs when he was a teenager. However, if we talk aprticularly about his knack for modeling, he isn’t a professional. But his athletic figure and handsomeness make him just right for a successful modeling career. Dont believe us? Go check out his Instagram for some jaw dropping beauty!

Emilio Sakraya Has His Own Fashion Label

Emilio’s talent and career go hand-in-hand and his resume is bigger than we know. During the first lockout in Germany, he launched his own clothing line, Sakraya. He began to release clothing there little by little, although typically in small editions. When asked about his label, he said in an interview, “I just love to create stuff and hope it grows over the next years.”One of the best parts is that he doens’t just see it as a business. He is the designer for his own clothing line and is simply passionate about fashion design and business along with acting, singing, rapping, and of course, sports.

Emilio Sakraya is a Karate Champion

When Sakraya was younger, he developed a passion for Karate, which inspired him to study both Kung Fu and Karate. After five years, Sakraya won the German Championship (karate) in the World Karate and Kickboxing Association (WKA). But is that how he stays so fit? Absolutely! Along with Karate, he does take very good care of his body. However, you might be surprised to know that Emilio Sakraya DOES NOT LIFT WEIGHTS. Wait, how does he have such a great body then?

To keep himself in a good shape, Emilio does proper strength training leaving the weights aside as he believes it only slows one down and contributes into making them wider, which isn’t his ideal preference. He does acrobatics, parkour, and his favorite, martial arts. And you can clearly see from his fit, perfect body that he takes his regime very seriously.

Although the majority of actors are willing to take on a wide range of parts, they often specialize in one or two genres. Action is that genre in Emilio’s opinion. He enjoys the opportunity to use his excellent physical condition in his acting career. However, you may notice the irony that Emilio is afraid of heights. And action is pretty much jumping around and fighting. So, will we be able to see the actor jumping off a burning helicopter, or a high cliff saving his partner? Here’s the twist. I am going to go with a yes. With a confidence like Emilio’s, one can overcome their fears. Emilio after admiting he is afraid of heights, also told the media that he wil soon make his first parachute jump. Believe me, it is a big deal.

Emilio Sakraya is a Sports Fan

As we already know that the actor is into fitness and health, he believes sports is a great medium to achieve one’s desired body. Even though Emilio doesn’t play sports competitively, he still enjoys them. So, boxing and running are a part of his sports activity. When asked in an interview, he said, “I live sports. I am a sport. I don’t exist without sport.” Emilio’s love for sports isn’t limited to physical fitness. He opts sports for mental clarity, stability, and fitness. So, now you know the secret of the actor’s overall health and fitness regime. It’s intense, isn’t it?

That sounds like a promising statement! We can’t wait to see more of him, isn’t it? Well, the good news is that his upcoming movie Rheingold is releasing on 27 October 2022.

One thought on “Emilio Sakraya: Unknown Facts About The German Actor”