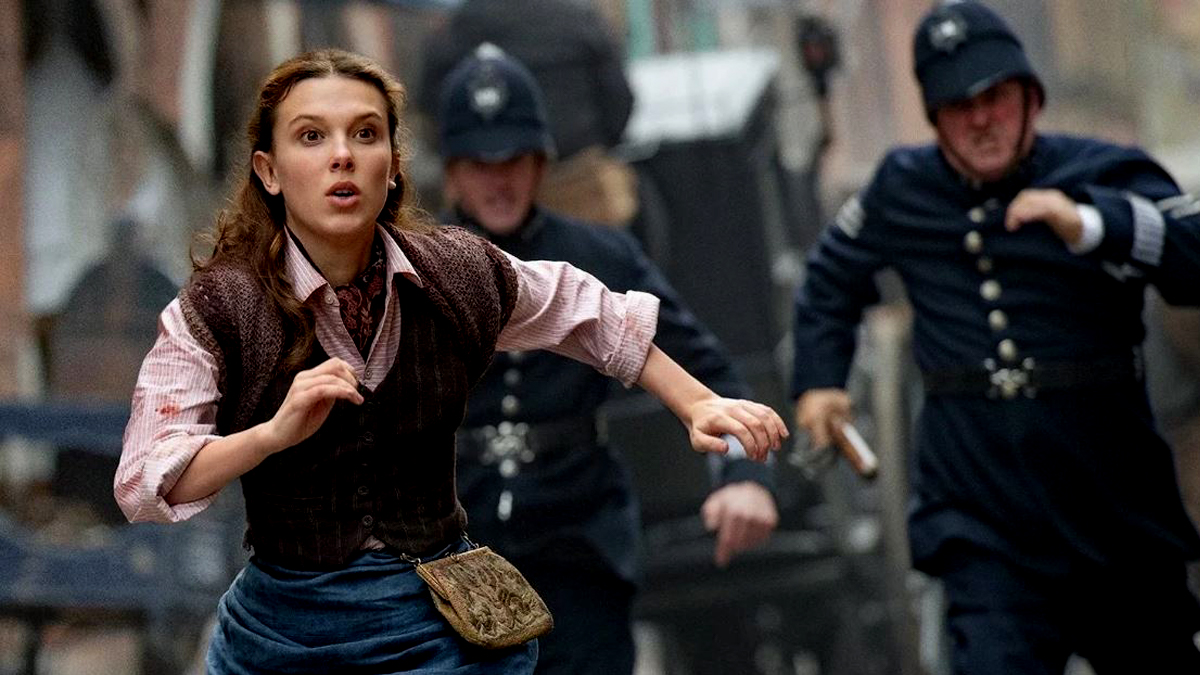 Strong female characters keep me stuck to the screen for hours without a guilt trip my work can get affected. Damn right! I said that. Hermoine Granger, Daenerys Targaryen, Tiana, Amy Santiago, Eudoria Holmes, Amy Farah Fowler, Queen Ramonda, Edith, Mary Morstan, Irene Adler, Wonder Woman, and the many fine names that I can fill the page with, have helped many women rise from the ashes of the torn society. Enola Holmes is one character that has helped many young girls fearlessly choose their path.

With Sherlock Holmes grasping most of the attention since Sir Arthur Canon Doyle penned him, Enola Holmes is a charming, refreshing change. Here are 8 things you could learn from Enola Holmes:

Don’t Be Afraid To Be Different Like Enola Homes

Specifically talking about Enola’s mother Eudoria Holmes, she was different from other women of that era. She was fearless, an adventurer, and best of all a rule breaker. Eudoria was no ordinary mother who would teach Enola embroidery or how a lady shall laugh. She would rather introduce the little one to meaningful things like sports, painting, reading, science, and feminism.

With Eudoria’s sudden, suspicious disappearance and Mycroft being a control-freak brother, Enola finds the detective in her while escaping her home and then the bounding boarding school. Just like her mother, Enola Holmes is different from others. She is intelligent, strong, a fighter, and a remarkable detective. Enola chose not to fit in those tight corsets, and perhaps the useless elite society. But yes, she was no different from a free bird, was she?

Marriage Is ‘Not’ The Ultimate Goal For A Woman

“There are two paths you can take Enola. Yours…or the path others choose for you,” said Eudoria. Mycroft had a plan for Enola by entering her into Miss Harrison’s Finishing School For Young Ladies. But Enola didn’t write turning-into-an-elegant-societal-fit in her destiny. Rather she flee from the tradition and turned into a brilliant detective, later starting her own detective agency.

Peculiar, challenging, and unpredictable like her mother, Enola chose to rely on her scrabbled name – Enola spelled backward is ‘Alone.’ Of course, that stuck only for a while until Tewkesbury finally confessed his love for Enola Holmes. However, it’s barely the beginning of their love story. Enola is still a writer of her own journey where marriage and being a lady aren’t in her dictionary.

Do Not Be Afraid To Love

Enola tore the chapter on love and marriage from her book. However, in Enola Holmes 2 we see the chemistry between Tewkesbury and Enola blossom into something beautiful. Enola Holmes 1 did show some love sparkling between the two characters but our expectations went down the drain. At least mine did! But the end is only the start of something new, right? Enola’s nincompoop Tewkesbury makes the perfect partner.

If you look at their story besides the fictional part, you may notice what real love feels like. They are together despite the ability to grow alone. Their individuality is intact, however, their togetherness is double the solve. They are always there for each other since the beginning. Even though it started out of pity or maybe a good heart, it’s a relief the two characters end up together.

“Our future is up to us” – Enola Holmes. There is no age barrier to becoming someone you want to be. Instead of being a part of the polite society, Enola chose adventure, danger, and mystery. And at the age of 16, she fled to find her mother enhancing her detective intellect.

She deciphered messages, fought dangerous men, saved Tewkesbury, took care of herself alone, and proved that even though she was stepping outside for the first time, she was no less.

“The choice is always yours. Whatever society may claim, it can’t control you” – Sherlock Holmes. Enola Holmes is sharper than the sharpest Sherlock Holmes! Hence, she chose to chase her dream. 1. Enola had the courage to open her own detective agency in a man’s world; 2. When she was about to give up and a case came up, she didn’t think twice before taking it. There is no turning back for Enola Holmes, only moving forward.

Education Is About Learning Not Memorising

Eudoria never sent Enola to school. She knew she would be taught to fit into a society she isn’t meant for. Enola’s mother was a firm believer in freedom and feminism. Hence, she homeschooled Enola and turned her into the brilliant detective we see now. Eudoria taught Enola archery, tennis, fighting, tree climbing, jujutsu, scrabble, art, made her read every book in their library, and so much more.

The biggest example of this is the whole movie itself and how Enola uses her mind to unsolve the toughest, most mysterious puzzles. Till the end, Enola Holmes takes you on adventures you might as well want to jump in and explore. That wouldn’t have been possible if she hadn’t learned to “apply” the knowledge.

Focus Is The Key

Enola’s focus is commendable. In the world of men, Enola squeezed her way into becoming who she had intended to be. While people might enjoy a good love story, Enola beautifully disappoints them and continue to focus on her path. This truly inspires many women out there.

Enola Holmes makes sure to focus on the intricate details of her case that one might easily miss. Despite the world against her, questioning her womanhood, and telling her what she should be like, Enola chooses to concentrate on what she aims for.

SEE ALSO: Are You Devi Vishwakumar from Never Have I Ever?

Enola Holmes Has A Good Heart

Having a good heart requires courage. So I’d say be courageous enough to have a good heart. When Enola was a child, she cut her knee open trying to save a sheep from a cliff edge. Her mother was angry. That didn’t stop Enola from being who she truly is. Enola also felt the responsibility to save Tewkesbury irrespective of her mother’s lesson that one must let nature take its course.

Being a detective can be dangerous many times. Uncared for the difficulties, Enola helped the little girl whose adopted sister had been missing for days. And at the end of Enola Holmes 2, she inspired and encouraged 100s of women working in the matchstick factory to raise their voices against the wrong. She saved many lives from typhus. Doesn’t it give you goosebumps?

Be Independent And Be Yourself

Being independent is something Enola learned at an early age. Her mother would constantly remind her that she is completely fine as she is and does not need anyone else. That one lesson taught Enola to be self-reliant and self-sustaining, refusing to let anyone take care of her or help her.

At the end of Enola Holmes 2, when Sherlock proposes a detective agency “Holmes & Holmes,” Enola politely rejects his offer as she didn’t want to be her brother’s shadow. She made her own identity as Enola Holmes and that’s what a true independent lady is like.

Plus, she has always been herself no matter how much people tried to change her. Yes, she would blend in well while investigating in her beautiful costumes, but wouldn’t choose to be who she truly isn’t. And that’s what makes her unique and one of a kind.

Well, we all know there is going to be another part as Doctor John Watson is finally here. I am eagerly waiting to see more of Enola Holmes. Honestly, if I was given a chance to be Enola Holmes, I would give away everything to be her.

One thought on “Enola Holmes: 8 Things To Learn From The Detective”