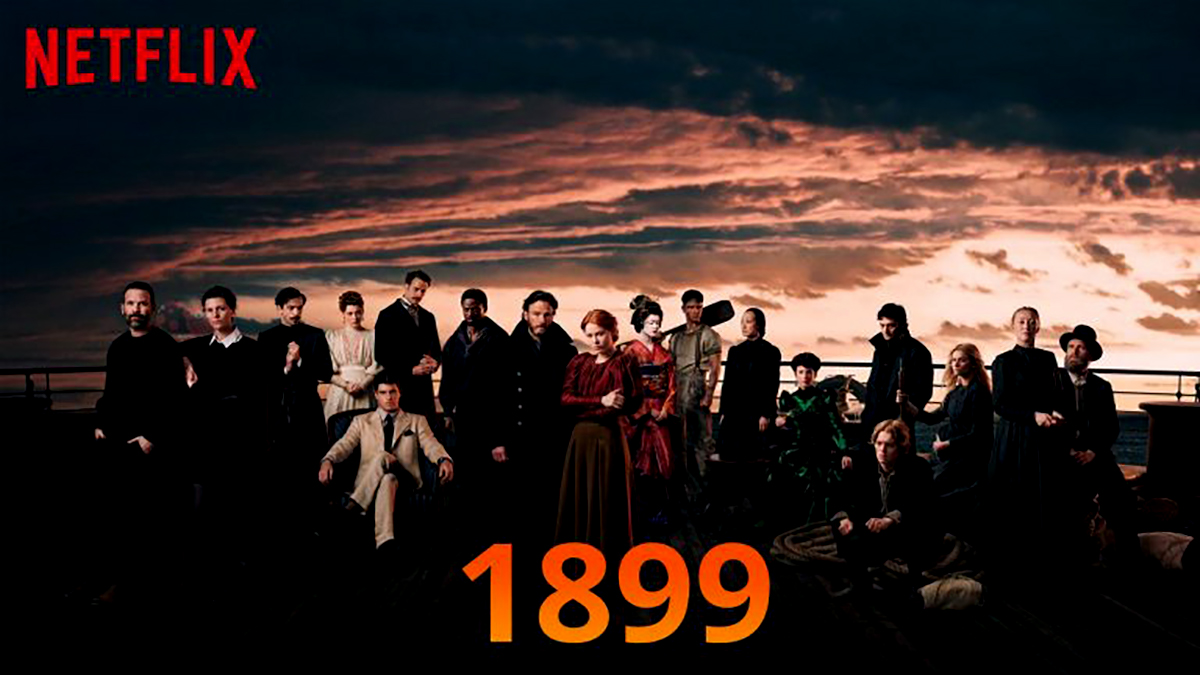 The creators of Dark are coming up with their next mystery show, and this one might just be more exciting. 1899 will leave your hearts racing and we’re here to give you all the details about the new Netflix series. While Dark was more science-fiction, 1899 will be focused on the mystery genre with certain elements from other genres sprawled across. Although the series isn’t out yet, there are several things to unpack. Here’s everything we know about 1899 so far:

As the title suggests, the show will be set in 1899, following a group of immigrants from different backgrounds. It will follow their journey from Europe to New York as they search for new opportunities. As the trailer suggests, the immigrants come in contact with another ship and that’s when all the horrors begin. All immigrants had a vision of how their lives were going to be, it was the one thing they all had in common. However, their dream turns into a nightmare before they even know it. Undoubtedly, 1899 is going to uncover some true horrors in the eight episodes and will be a different journey from Dark.

Netflix signed a deal with Jantje Friese and Baran bo Odar, the famous German directorial team. The deal followed an agreement of five years worth of series or films. The show Dark ran for three seasons, and now, 1899 is also a part of this deal. 1899 was produced by Dark Ways, a production company owned by Jantje Friese and Baran bo Odar. This means that the German duo has complete control over direction, production, and casting when it comes to this show. Dark put them on the map as their popularity sore in no time, and everyone has the same expectations when it comes to 1899. Will these creators be able to live up to the expectations?

There’s no denying that the cast of a film or show is just as important as any other element. 1899 is proud of introducing an ensemble cast with versatile actors and actresses all across the board, or in this case, the ship. If you have watched Dark, you would remember Andreas Pietschmann, who will be given an interesting role in 1899. Other than that, we have Emily Beecham, and Aneurin Barnard, who are amongst the few we can expect to see on this show. The remainder of the cast will feature talent from all across Europe, ranging from Spanish to French to Belgian to Polish. It’ll be a euro trip in itself.

Should You Binge 1899 When it Releases?

If you have come to the end, we are sure you’re on the same page as us. The answer is yes! The plot, the creators, and the cast are only some of the reasons you should watch this show. Other than that, much like Dark, 1899 will be visually appealing to its audience, despite being on the small screen. The creators will stop at nothing to make sure that 1899 lives up to the standards of the fans, as well as newcomers. This show will be one of the most international projects to have been streamed on Netflix so far. There will be a mix of different languages, cultures, and even different subplots, but it will all tie up to an ultimately striking show!

The jury will be out for a while after the release of 1899. Until then, you can watch it and decide for yourself how you like it. Also, keep your eyes peeled out for the official release date which is still unknown. But the show is most likely to drop sometime in November 2022!