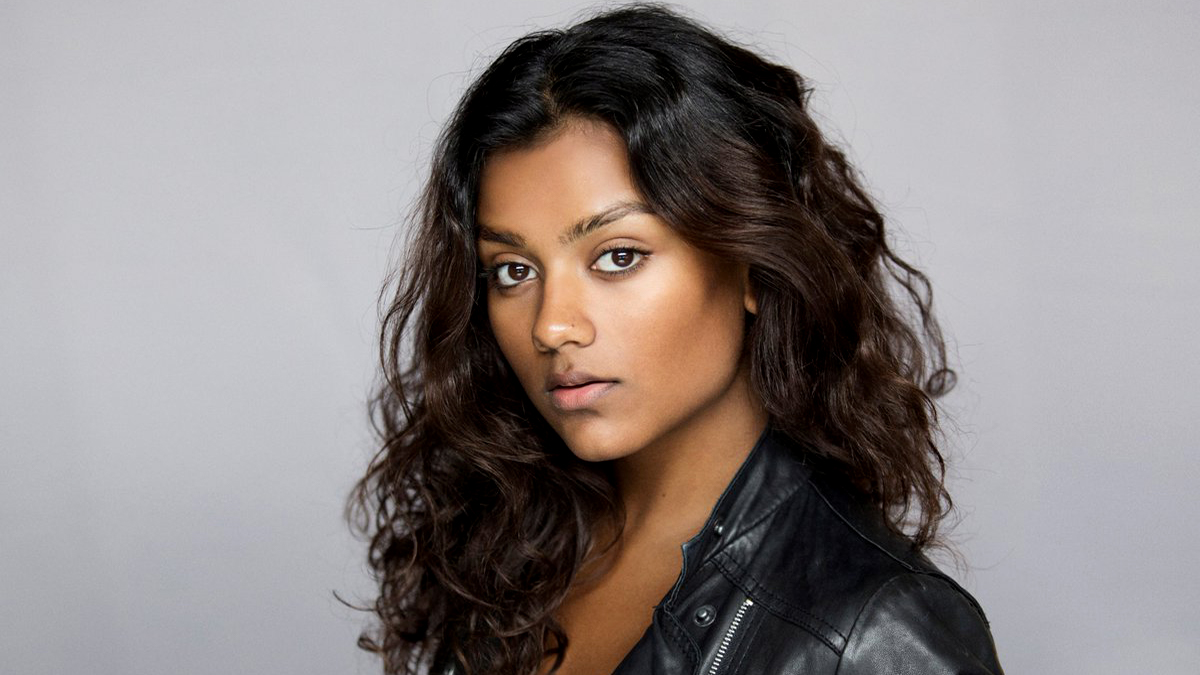 Since the new season of Bridgerton premiered in March, Simone Ashley has been on everyone’s mind. The British actress joined the cast of the popular Netflix series as Kate Sharma and she surely dazzled the viewers with her star power. This might be her first time entering the thrilling and dramatic world of Bridgerton but she has been in the spotlight for a while. You might very well recognize her from another hit Netflix series, Sex Education.

Who is Simone Ashley?

Simone Ashley, an actress from the United Kingdom with Tamil ancestry, was born on March 30, 1995. At the Chiswick Arts Ed School, Ashley honed her acting skills. She claimed in an interview that she “grew up everywhere.” Ashley claims she has never resided in one place “for over a year.” She has spent the last few years mostly splitting her time between Los Angeles and London.

Simone Ashley Grew Up In An Indian Household

Her interest in arts actually developed because of her father’s creative side. However, growing up in a typical Indian family of intellectual academics and scholars did turn her into a rebellious, strong woman. In the beginning, her parents didn’t approve of her career choice. But with time they realized Ashley is a smart woman and can make her own wise decisions. Hence, the film industry presented real talent on the screen and she did steal many hearts.

What Else Has Simone Ashley Worked On?

Simone Ashley did everything for her dedication and dream to pay off. She has a degree in musical theatre and acting from ArtsEd School, London. Soon after finishing it, she began auditioning and writing her own spectacular destiny. You may have seen the actress in a commercial for ITV, a theatrical production of Romeo & Juliet, or when she performed in a BBC Radio play. Either way, her knack for acting only grew better.

Her acting credits also include Broadchurch, Doctors, Casualty, The Sister, and the Ryan Reynolds-starrer Detective Pikachu in addition to Sex Education and Bridgerton. Ashley is looking forward to a part where she can showcase her musical talent. She has expertise in writing songs and is schooled in opera, musical theatre, and classical music. Other than this, she is also a model occasionally.

Here’s an interesting fact about the actress’s career pace. The Actress was Selected for “Bridgerton” via Zoom within Two Weeks. Ashley first learned about the new show while she was on the set of Sex Education. Her manager then texted her to schedule an interview for a part in Bridgerton. She had only two weeks for the casting process. So she didn’t have time to worry or “think about it much,” she said. And guess what? Her talent and hard work paid off!

She relates her acting skills to emotions. Simone Ashley gets deep into the character, cares deeply about it, understands every bit of it, and then enacts it. To convert important stories or messages, she uses acting as a method to communicate better with the audience. Hence, to do her role as Olivia, a popular and cool girl, she made sure the viewers also learn the reality. As soon as the curtains dropped, Olivia’s insecurities began unfolding especially in season 2 of Sex Education.

Simone Ashley made sure that young girls understand that even the coolest people can be imperfect and make irreversible mistakes. But that’s how the life of a teenager is, they learn from their mistakes. She very well puts forward the concept of social pressure and the need to be accepted. Well, Ashley, you just keep getting better!

Simone Ashley Is A Creator

Her acting skills have turned her into a one-of-a-kind creator. To play her role as Olivia, she knew she needed to know the character inside out before presenting it to the audience. She wanted each person watching Sex Education to relate to Olivia like another messed-up teenager. Hence, she did her research by talking to the scriptwriters, making playlists on Spotify, watching John Hughes-style movies, creating mood boards, etc. Her bubblegum-chewing character was inspired by these movies in case you are wondering what’s with her constant chewing. So, the creation was Olivia took many commendable efforts and the result, well, you know was just perfect.

The Actress Stands Against Racism

Even after her dedication and remarkable skills, Simone Ashley also experienced racism in the film industry. She had to deal with the broken system several times, even losing roles she was perfect for. In an interview with Veylex, the actress disclosed the dark side of the industry and said, “Yes, colorism is an ongoing issue. As is being typecast, being looked over because of the color of your skin, [and] losing roles to girls that are more ‘relatable’ to target audiences and markets.”

However, her love for her career and dream was more than any criticism or racism. She dusted it and moved forward, continuing to give us inspiring roles. She keeps a positive attitude towards it all as her focus is on representing her community – “I feel very proud to represent dark-skinned Asian women who may be watching.”

Simone Ashley is a Visionary

Simone Ashley is very clear about her vision to make the world a better place. Belonging to a typical Indian family, she understands the constructs that teenage girls go through and how they lack even basic sex education. In 2020, the actress posed for the cover of the magazine Harper’s Bazaar India. The initiative breaks the stereotypical mindset that Indian teenagers are bookworms or nerds. She describes her vision as, “Less force. Less judgment. Less ignorance. More respect. More love. More open hearts.”

She believes acting being art, has the ability to evoke emotions from deep inside a person and can give birth to more empathetic individuals. Further, she inspires Indian girls to cherish and admire their skin tone and not force fairness creams on their beautiful skins to fit into society.

How Did Simone Ashley Get The Perfect Figure For Bridgerton?

In Bridgerton we see Ashley wearing corsets and most people believed it was the outfit that gave the actress a toned figure for the role. However, she denied every such comment and clarified that these corsets only do a temporary job. So, the truth is that Ashley has healthy habits. Even though she travels a lot and gorges on different cuisines, she makes sure to manage to consume a healthy diet to maintain her perfect figure. While maintaining weight for her role in Bridgerton, she found it difficult to consume salmon as the corsets were pretty tight to get the perfect look.

Along with a healthy diet, the actress makes sure to stay connected with nature doing hiking, swimming, or roaming around the beach. Ashley confirmed that during her shooting for the second season of Bridgerton, she had to focus a lot on horseback riding. However, when she wasn’t doing any of it, she made sure she was getting ample rest. And we all know how important giving rest to one’s body is.

Simone Ashley claimed that working in Bridgerton gave her additional opportunities to express herself through fashion. “Just learning all the designers, exploring their oeuvres, and understanding what makes them unique. Once you know more about their voice, you think, ‘Well, what can be my voice, how am I going to use this [knowledge] to express myself?’”

What are The Actress’s Plans for the Future?

Ashley cited Margot Robbie as an inspiration. Margot Robbie’s production business, LuckyChap Entertainment, funded the Oscar-winning movie “Promising Young Woman.” Ashley, like Robbie, is launching her own production company so she can give priority to her endeavors. Ashley wants to play unexpected roles in the future.

SEE ALSO: Julia Garner: Everything We Know About Ozark and Inventing Anna Star

Simone Ashley is a Dog Lover

Saving the best for last, Ashley and the Bridgerton character have a lot in common because they both adore dogs. While Ashley has a couple of dogs that she frequently posts about on social media, her character Kate has a cute corgi named Newton. When asked about working with the dog who portrays Newton on Bridgerton, Ashley said, “I’m really good with dogs, so he responded to me well”. While everything about her inspires me, this is my favorite fact being a dog-lover myself.

2 thoughts on “Simone Ashley: 10 Inspiring Facts About the Bridgerton’s Star”