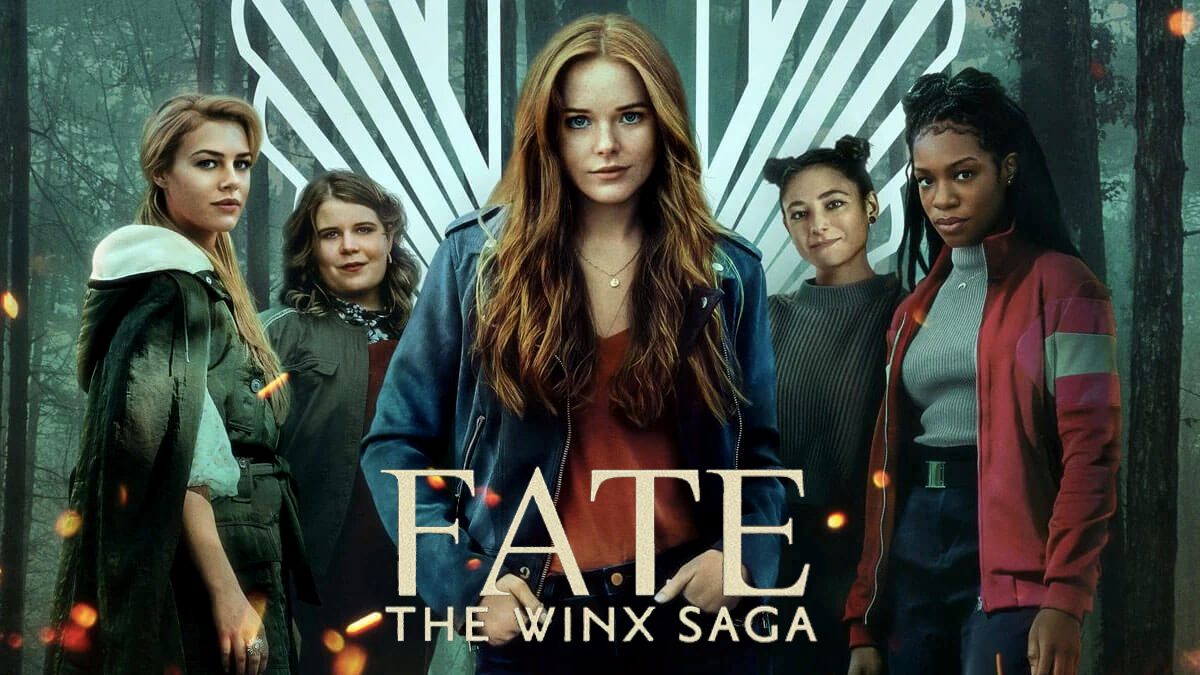 Your favorite cartoon turned into live-action is now back with another season, and we are just as excited as you are! After the first season was released, all the loyal fans were more than eager for the second season. There were a few subplots that didn’t have loose ends tied up, and hopefully, that season 2 accomplishes that. Fate: The Winx Saga Season 2 is now streaming on Netflix, and here’s everything you need to know about it:

Where is the Netflix show, Fate: The Winx Saga Adapted From?

Most people are aware of the original animated series called Winx Club which was widely popular in the early 2000s. At a time when male superheroes dominated the industry, comic artist Iginio Straffi decided it was time for something different. The series followed a group of teenage girls known as Winx, who turn into fairies to fight evil. The group includes Bloom, Stella, Tecna, Musa, Flora, and Aisha. Apart from them, there are several other characters but not all of them made it to the live-action, and fans were quick to express their disappointment. Nonetheless, Netflix has hit the right spot by delivering nostalgia to its viewers.

The most important addition to the cast will be Paulina Chávez, who will be playing the role of Flora. One of the main characters of the animated series, Flora, was left out of season 1 and fans protested because it meant a lack of representation for the Latino community. In an interview with Netflix, Chávez said, “It’s really lovely to see Flora jumping in and being that role model for the Latino community, and, again, presented in such a beautiful light.” Fans are more than thrilled about this addition to the Winx Saga family.

Which Major Character Was Replaced in Season 2?

There had been rumors about some major recasting, which have now been confirmed after the release of the show. Rosalind, played by Lesley Sharp, created quite an impact on the show by playing the role of the villain perfectly. This is why people were left confused after she was replaced by Miranda Richardson in season 2. Our best guess is a scheduling conflict. Because of the pandemic, filming of season 2 was delayed and Lesley Sharp had a more than busy schedule which could have prevented her from prioritizing Fate: The Winx Saga. There is no doubt Miranda Richardson will successfully fill in Sharp’s shoes. You might recognize Richardson from her role as Rita Skeeter in the Harry Potter franchise.

What Happens in Season 2 of Fate: The Winx Saga?

Aflea College is now in trouble after Rosalind has taken over after murdering Farah Downing. Now that the students have no one to protect them, they must work on their abilities and learn to fend for themselves. This season will also explore the romances that were introduced in the first season, along with the girls navigating through their friendships while trying to keep everyone alive. Once again, it will be a battle between good and evil, but the question remains, who will come out victorious? The ending of season 2 leaves the fans a little bit confused, which makes everyone curious about the next season.

What Do We Know About Fate: The Winx Saga Season 3?

Although Netflix hasn’t revealed much about season 3, the show-runner Brian Young hints at what we can expect from it. The third season will revolve around the Realm of Darkness and how it connects to the bigger picture. This also means a bigger cast and the introduction to new people. As of now, when the new season will release is still unknown, however keeping in mind Season 2 announcements, we should be hearing about the new season in a few weeks!

There is no doubt that Fate: The Winx Saga Season 2 did correct some of the wrongs made in season 1, which makes this an interesting watch.