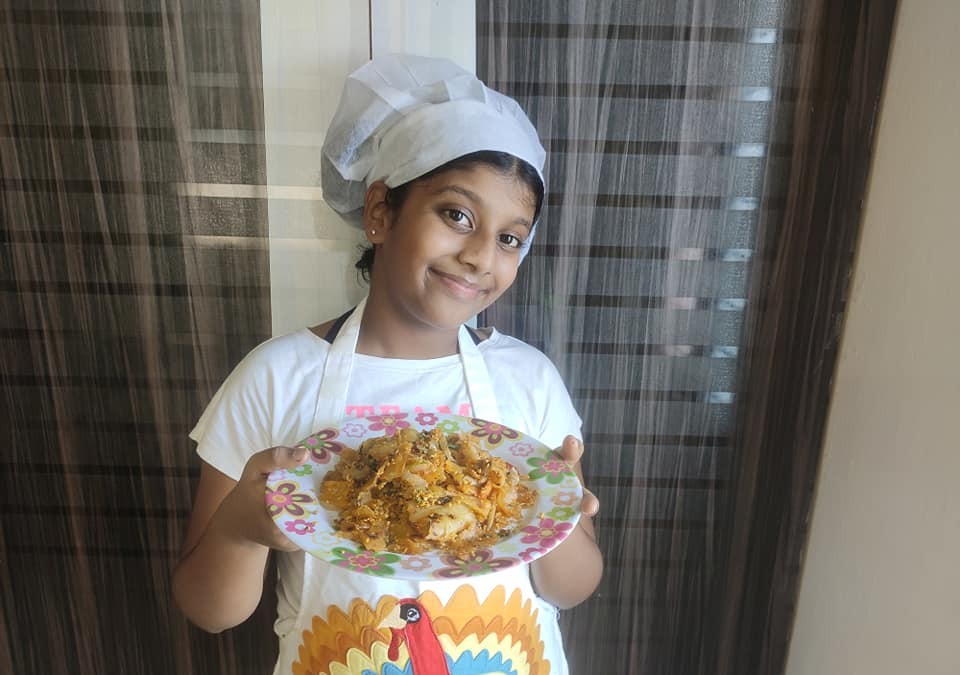 What all do you recall your 10YO-self doing? It is most likely nothing beyond trying to dodge homework, extending the evening play hours, and waiting to get hold of the TV remote on Sunday mornings. But the times are changing. A 10YO running a business with an impressive future roadmap shouldn’t take you by surprise!
Meet Vinushka MK, a 5th standard student from Chennai running her brand Four Seasons Pastry for a year now. We happened to catch up over a call with this very young lady with imposing confidence who shared how she happened to bake a birthday cake for her mother and found out that she really enjoyed baking. All ideas start small, don’t they?

A Journey That Started With Internship

Essentially a self-taught baker so far, Vinushka also did an internship with a five-star hotel. She reveals she managed after some serious pursual since it’s challenging to get one if you are under 14 years of age. Her parents also took her to several entrepreneur sessions and conferences, and she listened to and read about their journeys; the idea of starting her own brand struck.

A Range of Tasty Cupcakes

As the name suggests, the young baker offers cupcakes inspired by four seasons. The winter-inspired cupcakes on a chocolate sponge base will be prettily decked with vanilla buttercream frosting that will resemble snowflakes. For summer, it’s a yummy vanilla base with orange vanilla buttercream on top.

With a vanilla base, the special autumn cupcake will have a fondant leaf on top to convey the essence of the season. Lastly, on a chocolate base, the spring-inspired cupcake has a generous dollop of pink vanilla buttercream and fondant flowers scattered all over. The winter and the special spring cupcakes are the most popular among all, she reveals.

Vinusha is grateful to pastry chef Lakshmi Reddy and chef Geetha Krishnan for their precious guidance. Apart from making good use of YouTube tutorials, she has also been going to several home baking classes to better her craft. The lockdown gave her enough time to brainstorm and try new recipes; including but not limited to chocolate tarts, blondies, brownies, swiss rolls, Tiramisu, and peanut butter cookies.

About Vinusha of Four Seasons Pastry

It turns out she loves sharing whatever she learns. Head on to her Facebook page, and you’ll find Vinusha hosting several virtual classes and workshops. In January 2020, she also launched a baking kit at the Young Entrepreneurs Academy exhibition in Mumbai. Priced at 450 INR, the kit comprises ingredients in measured quantities, accompanied by the recipe, to simplify it for anyone who might be a novice in baking.

Vinushka, who wants to study baking and confectionery in Switzerland or France, has been already delivering motivational speeches for college-goers. You’ll also find her judging virtual baking competitions, joining debates and discussions on entrepreneurship, and collaborating with other young champs on various causes.

While she was all geared up to launch her official website, the pandemic struck. However, we can soon expect all her lip-smacking creations to be made available to us on her website!
After all, ambition isn’t age-bound!

SEE ALSO: Why Is The Funding Scenario Dismal For Women?