Skip to content
Home  »  Everyday Feminism   »   Free the Nipple: History Of The Movement 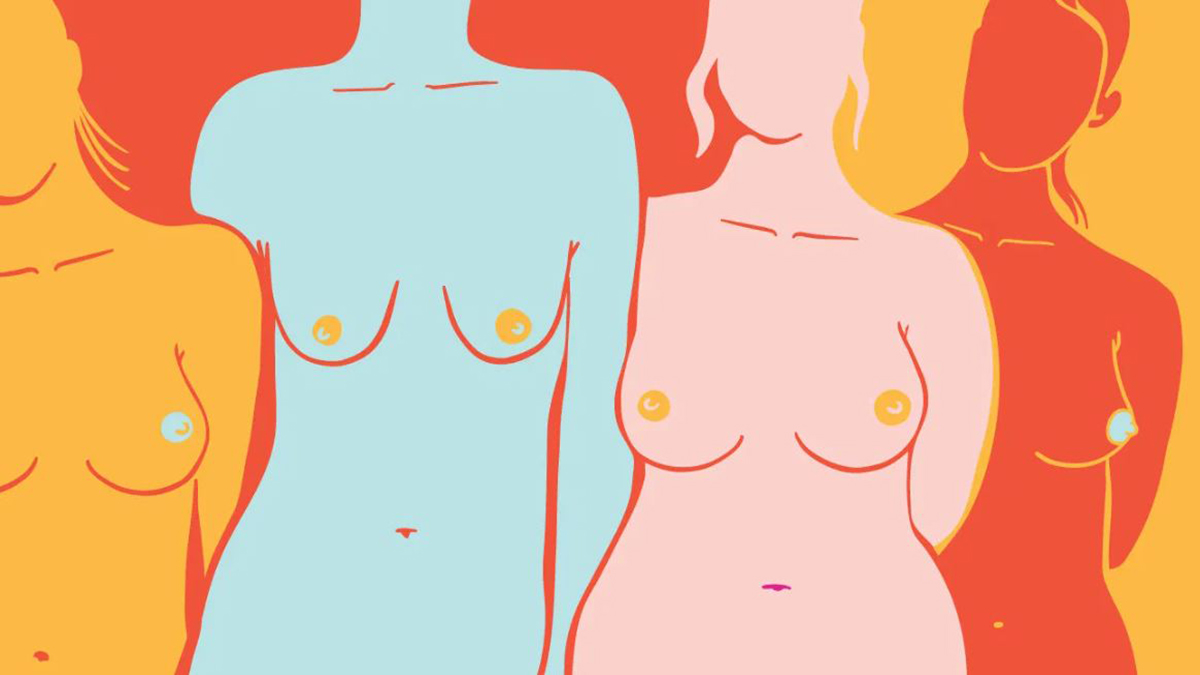 For a long time, the stereotypical society has been sexualizing women’s breasts, excluding men’s breasts from the list of sex objects completely. Lina Esco, a filmmaker, birthed the free the nipple movement in 2012. It is a topfreedom slogan as well as a campaign. The movement argues that women should have the freedom and equality to go out baring their nipples in public. It is unjust for ‘only’ men to appear topless in public without being sexualized, while the same is not valid for women.

In case this movement seems sudden to you, remember the Women’s Liberation Movement? And are you aware of the fact that women remained bare-chested in ancient India until the Mughal and Victorian eras marched in and called this indecent?

Since childhood, we have seen men in our families and outside roaming bare chests proudly without fear of being groped or sexualized. But the women, even in scorching heat, were supposed to cover their bodies. And their protest to do so was named unnecessary nudity. Why?

In one of the episodes of The Bold Type, we see the three lead actresses going topless and braless, expressing their support for free the nipple movement. It was a liberating moment for all. Even the viewers felt a sense of freedom, embracing their bodies without fear of being sexualized by the world.

Did you know in some cultures, even the exposure of eyes and hair by a woman is sexualized? Any exposure of her body parts can lead to public outrage. It will be categorized as obscene and indecent. On top of it, slut shaming always goes hand-in-hand.

Even on platforms like Instagram or Facebook, if you search #freethenipple, the hashtag appears hidden. Instead of embracing the free the nipple movement, these platforms state that the content goes against their community guidelines. But scroll the Instagram accounts of male models or actors. You will find nipples everywhere easily, unreported, without barging any community guidelines or public outrage.

This proves whether on a social media platform or in public, women’s nudes/semi-nudes are considered pornography. So, as long as the men wish to gaze and gain pleasure, the same nudity is healthy, trapped inside four walls. But the moment it is widespread in the outside world, it’s a shame.

Why is Free The Nipple Movement Important?

The sheer hypocrisy and indifference gave rise to the free the nipple movement. The motive of this movement is not to make each and every woman come forward and go shirtless. No. Its main intention is to remove the stigma around nipples, equating women’s breasts to men’s chests.

This campaign is important so women can go shirtless without harassment or judgment. Not only that, it emerges a sense of liberation. Imagine the light cold wind touching each part of your body. You are not sweating profusely in the scorching heat. You do not fear taking off your shirt. Nor do you have to hide in the restroom to breastfeed. No one can unfairly sexualize your body. All breasts and all nipples are equally treated. This imagination puts you in a comfortable chair.

Celebrities Who Freed the Nipple

The movement took a quick rise when Lina Esco created her documentary, running topless through the streets of New York. The clippings she posted on Facebook using the hashtag #freethenipple were removed as they went against the platform’s guidelines.

Soon, in 2014, celebrities like Rihanna, Miley Cyrus, Chelsea Handler, and more came forward to support the movement. They posted their topless pictures on social media, raging against the guidelines and giving rise to this critical movement.

The protest went international. In 2015, a teenage student Adda Smaradottir in Iceland posted a topless photo of herself and received harassment in return. But her act of support gained attention from many people, including parliament figure Björt Ólafsdóttir who later posted her topless picture. In the same year, five women in Taipei protested in private. They posted images on social media, which were taken down. However, they were brutally shamed for this by their own community.

Seeing the activists, artists, and advocates come together worldwide to support this movement gives me goosebumps. This also led to the Don’t Delete Art campaign due to the deaf social media community. Nipple augmentation also began, and many women wanted nipples like Kendall Jenner. The power of the movement!

Do I Support Free The Nipple Movement?

While writing this article, I felt freedom. Only imagining what it would feel like to be equivalent to the other party gives me peace. So, yes, I support the Free The Nipple movement. But it is no compulsion that you go topless to support it. You can support it through your words and by supporting other artists without judging them when they post topless pictures.

As a male, you can support this campaign by not sexualizing the nipples on a woman’s breasts. Normalize and accept equality. Having bigger sets of breasts than you does not make them objects. If it seems hard, at least don’t try to bring down women who support this cause. Everybody deserves liberty equally.

Do you support the Free The Nipple Movement? Do you have any additional thoughts regarding the same?

3 thoughts on “Free the Nipple: History Of The Movement”