Bill Gates, the tech tycoon, delivered a speech in Vancouver in 2015 at the TED conference. There, he mentioned that the world is completely unprepared to handle a looming danger that could wipe out a large part of mankind in a short period – a pandemic. He observed, in times to come, it would be an infectious disease that would kill more people than warfare – ‘not missiles, but microbes’.

He said that the only way the catastrophic pandemics could be combated was by building a robust warning and response system across the world. He warned that it was not that the world at the moment had a system that did not work, but the fact was that there was no system at all.

Today, we all witness that every word he spoke is coming true. COVID-19, a novel virus, declared to be a pandemic by WHO (World Health Organization) is taking away the lives of millions in every part of the world. True to his prediction, the world has been caught off-guard, not knowing how to save people from this deadly variant of flu.

Is India Prepared To Combat This Pandemic?

COVID-19, more popularly known as Corona, is a mutated virus, completely unknown to the human body, making the natural defense mechanism powerless to combat its attack. The only prevention could be a vaccine. However, testing and application of the earliest vaccine would take at least a year.

In a country as densely populated as India, even if an average of 55% of the citizens gets infected in the next 3-4 months, there would be 300-500 million positive cases on this land. India, at this moment, has 2.3 intensive care beds per 100,000 people. As for ventilators, though there is no official number disclosed by the government, as per the estimation made by experts, there are between 30,000 and 40,000 ventilators nationwide. This is too inadequate to handle a sudden rise in the cases.

With time ticking away fast, the crisis has to be dealt with on a war footing. A team of experts at EthAum Venture Partners, a Bangalore-based start-up, has geared up to have a grip on the situation. Post thorough research, the team has found that a possible solution may lie in developing a simple mechanical device called ‘splitter’ that could split the oxygen flow from 1 ventilator to 2-5 patients. This way, more number of infected people can be cured with the existing ventilators. Manufacturing new cost-efficient ventilators would take more of time, money, and resources than manufacturing splitters.

The team at EthAum Venture Partners made a thorough study of the research papers and the experiments done on splitters in Michigan, New Jersey, New York, Nevada, Canada, and in other countries. The study revealed that there were a few designs of splitters that had been successfully deployed in the past (refer to Design 1 & Design 2).

The next step was building prototypes of these designs and testing the same here. After a few rounds of these exercises, redesigning, and re-testing, the team came up with 2-way and 4-way splitters (as shown below) and also presented the Splitter Introduction and CFD Analysis of the designs made by them.

The Journey Of Getting People On Board

The EthAum Venture Partners team needed volunteers from different quarters to make this noble endeavor a success. Posts on Twitter by the team attracted a large number of motivated individuals from cities like Bangalore, Mumbai, Delhi-NCR, Hyderabad, and Pune to come forward and expedite testing of the newly designed splitters at hospitals and health centers and collect feedback on the tests from the doctors.

The team now has 200 plus volunteers on board. There are doctors, investors, 3D printers, policy-makers, product managers, entrepreneurs, and people from many other professions and walks of life. The volunteers are working relentlessly with the team at every level, from brainstorming to product designing, prototyping, testing, and documenting.

The team needs more such active volunteers to carry the project forward and successfully implement it in fighting Coronavirus cases as fast as possible. They intend to expand it further and develop more equipment and products like PPE (Personal Protective Equipment) and ventilators that would help cure the pandemic fast. This is, thus, a shout out to every kind soul who would like to be associated with the noble cause to come forward and join hands with the team.

The team is in the process of collaborating with NGOs to help them procure funds and donations for executing the mission of supplying these life-saving devices to the frontline warriors – the doctors, medical practitioners, and health workers of the country.

With support from all sections of the society in terms of participation as volunteers in the project and in terms of collecting funds to make things happen, the team is sure to take the situation head-on and save innumerable lives from the clutches of COVID-19.

One thought on “How Is Ventilator Splitter Quickening India’s Fight Against Covid-19?” 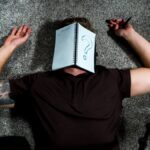