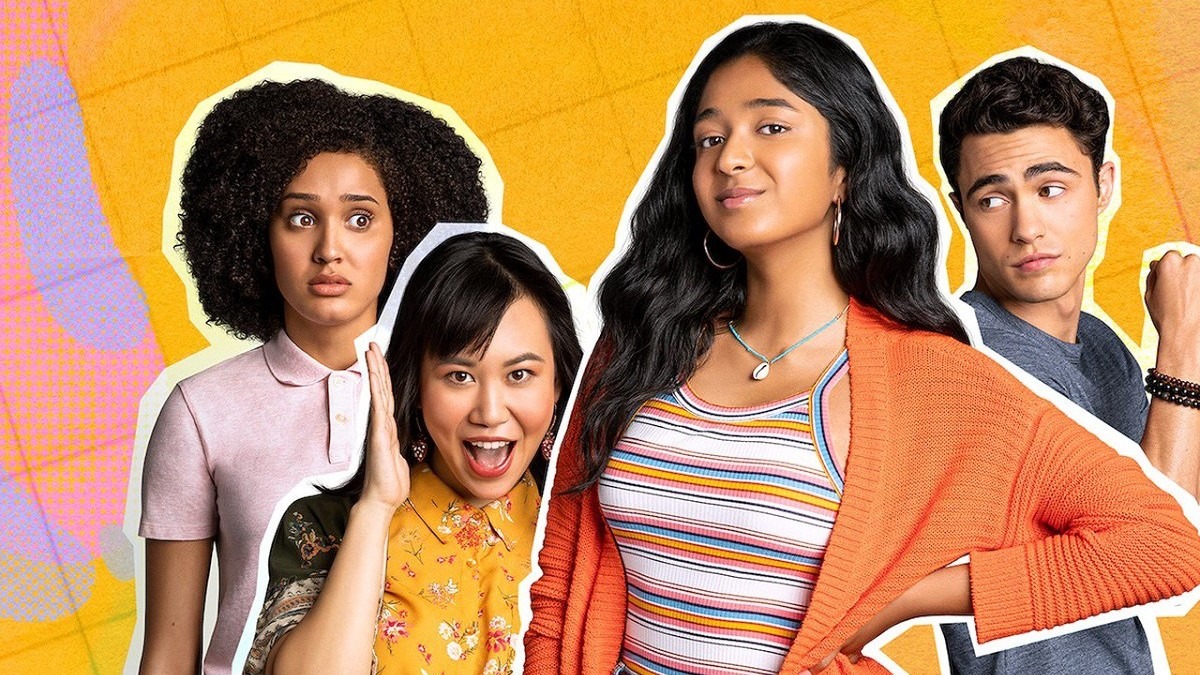 Never Have I Ever and The Mindy Project are both created by Mindy Kaling, an Indian-American woman who has made a huge name for herself in comedy. These shows revolve around the lives of Indian-American characters, living in the United States. They have been lauded for their representation of brown people on major OTT platforms. While it is true that Mindy achieved milestones by showing the lived experiences of Indians on screen, her shows have faced criticism for making big mistakes in said representation.

Because of the massive influence that TV carries, we must be critical of it. Even more so when it comes to sensitive subjects, such as biopic representation. Because that can affect the way people look at and think about these minorities. Naturally, TV doesn’t carry the biggest role in creating change and normalization, but it does have a part in it that should be taken responsibly.

The Mindy Project– Did They Do Enough?

When Mindy Kaling created The Mindy Project, it was a huge deal. She not only was the director and writer, but also the main character. Mindy broke so many norms and barriers through that show, by making a brown woman be a successful OB/GYN and mother in the heart of New York.

The main trope in the show wasn’t her Indian-ness; it was just an additional part of her identity. This type of representation, one that doesn’t keep reminding the viewers of the protagonist’s race or nationality is important because it normalizes the role of people of color in mainstream shows. Mindy Kaling herself stated that she didn’t want that to be the main vision for the show.

Creators who are people of color are often reprimanded for the way they choose to portray their representation. Kaling noted in an interview that there is an added burden on her. On top of structuring the basic nuances of her character, she has to ensure that it is Indian enough but also not too Indian.

People expect artists likeMindy Kaling to be a flagbearer for Indian representation. One of the biggest reasons this happens is because there aren’t enough people of color in the industry. So the onus of appropriate representation falls on the few that are there. This added responsibility is unfair. It should be acceptable if Mindy, as a creator, decides to entertain more than she wants to educate.

In that sense, Mindy’s character was refreshing. A few people have joked that her character was almost like a white man in the series, selfish and entitled. That is an interesting irony the show brings across; who knows if it was deliberate or not?

How Never Have I Ever Fell Flat?

The first season of Never Have I Ever came out in 2020. It showed promise through its trailer, revolving around a young Indian girl named Devi, born to immigrant parents. Created by Mindy Kaling, the show was refreshingly tasteful in terms of comedy but fell flat when it came to representation. A diverse cast does not promise riddance of stereotypes and jokes with racist undertones. While a lot of one-liners are witty, they come off as disrespectful.

While The Mindy Project could have been forgiven for mentioning Mindy’s heritage as an afterthought, Never Have I Ever simply cannot. And that is because the central theme of the latter is about coming to terms with one’s identity. Devi constantly feels embarrassed to be an Indian, a struggle many Indian-Americans will relate to and is an acceptable trope.

However, there are never times when they let her accept her heritage, simply because the only other Indian characters are driving her away from doing exactly that. The show portrays a jarring juxtaposition between Indian and modern as if the two are opposite.

Problematic Tropes in Never Have I Ever

The accents of Nandini and Kamala, i.e., Devi’s mother and cousin, are overly exaggerated. We know for a fact that they aren’t authentic because the actors have an American accent in real life. It would have been acceptable for them to speak in accents that came naturally to them. Speaking in a fake one does injustice to the struggles faced by Indian-Americans with their accents.

Another thing the show has been accused of is its almost caricature-ish portrayal of Indian customs and traditions. There is no doubt that traditions of any community or race have a lot of nuances attached to them, along with rich history. We cannot expect a comedy show to delve into that. However, the way Never Have I Ever touches the surface is where the problem comes in. The way Nandini is overly conservative, going as far as not letting Devi wear sleeveless clothes, seems unnecessary and an unfair assumption to make about Indians.

Then there is the sub-plotline of Kamala being pressurized to have an arranged marriage. There is no doubt that the constant pressure of getting married, that too in an arranged setting, is a struggle many Indians live through. But the show lacks again when it tries to establish that arranged marriages aren’t always bad. That might be true. But the failure to acknowledge the upper-caste, privileged setting of these practices, along with the sexist traditions they come along with, is another example of poor representation. If the show has garnered so many non-Indian viewers, all of them received a wrong and overly rosy picture of arranged marriages.

SEE ALSO: How To Get Away With Shade?

The Lack of Resonance With Indians

The primary objective of representation is to make people in minorities resonate with the characters on screen. And that can be done by reflecting on their life experiences. This is especially important for those from the BIPOC or LGBTQ+ community because it doesn’t make their identity a joke. Or just a secondary character only there to push the story forward. However, the issue with the Indian representation on Never Have I Ever, is that it doesn’t make Indians feel represented.

For instance, Devi in Never Have I Ever regularly sees a therapist. The show once again failed to even mention the mental health stigma so highly prevalent among Indians. This could have been an opportunity to shed light on how Indians struggle to admit they need therapy or how parents don’t let their children take therapy because they failed to understand mental health issues.

Because of this, shows like Never Have I Ever and The Mindy Project appeal more so to the non-Indian audience. Brown people don’t resonate with the characters or their struggles because their lived experiences have not been the same. When shows produce a token portrayal of any type of identity, they are likely to alienate the very identity they claim to be inspired by.

Heading To The Right Direction

It would be unfair to completely disregard what these shows have done. They have taken a massive step in the right direction. With the rise of such shows, Indian representation will surely improve in the future. Either way, Mindy Kaling and all other South Asian actors in Hollywood make us proud, simply by rising stronger in the face of adversity and adding diversity to spaces that were earlier very restricted.

For now, we are very hopeful for the second season of Never Have I Ever, which is out now on Netflix. Perhaps, they took the criticisms to heart and did better. Only one way to find out!