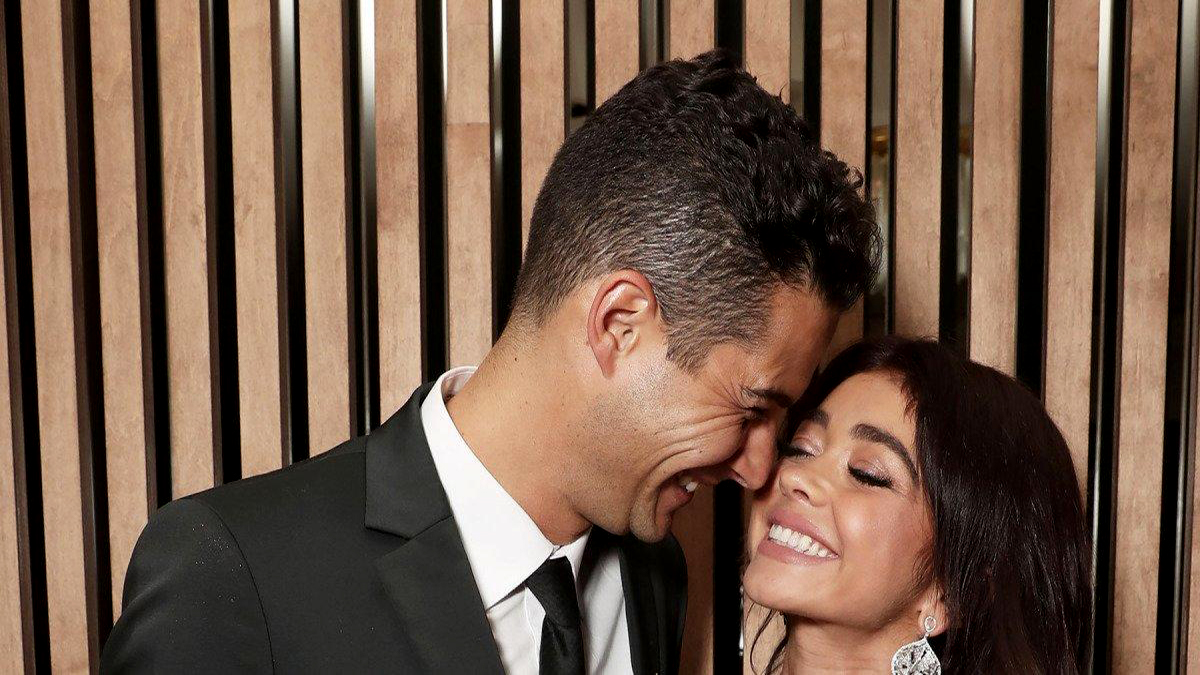 Is there anything more exciting than a fairy-tale Hollywood wedding? Young celebrities are no longer behind in giving major relationship goals with their dreamy romance and commitments. Sarah Hyland and Wells Adams are one such couple who have stood the test of time and finally got married on August 20, 2022. The couple met in 2017 and have been together since. Let’s take a look at their incredible journey as a couple.

In 2017, while Wells Adams was working as the bartender on the show Bachelor in Paradise there was an exchange of really flirty tweets between him and Sarah Hyland. The tweets didn’t lead to an immediate relationship; however, Sarah admitted to having a crush on Wells from the moment she saw him on The Bachelorette in 2016.

In October 2017, the first news of Sarah and Wells’ relationship came out in public.  The US Weekly reported that they have been seeing each other for quite some time. Even though Wells was based in Nashville and Sarah was in LA filming Modern family, they made sure to spend enough time knowing each other.

The Couple Finally Made It Insta Official

As things got more “serious’ in November, fans started anticipating the official announcement. In December 2017, the couple made it Instagram official, celebrating their first Christmas together. Sarah captioned the picture as “First Christmas tree with this one”. The couple apparently went shopping for the Christmas tree together.

The Couple Hit The Red Carpet Together

The 2018 Golden Globes witnessed the couple making their grand red carpet debut. The couple appeared madly in love and posted pictures of each other from the after-party. Their Instagram captions were highly-appreciative of each other and made fans go ga-ga.

In August 2018, Sarah and Wells decided to take their relationship to the next level; they moved in! In an interview with the US Weekly, Sarah said that moving in brought them closer. A month later Wells remarked that it has been perfect.

When Did Wells Propose to Sarah?

Six months into moving in together, Wells said in an interview that he is going to propose to Sarah sometime in the future. July 2019 was a major relationship milestone for the couple as Wells proposed to Sarah during a holiday to Fiji. During the farewell episode of Modern Family, Sarah revealed that Wells had asked for her parents’ blessings before proposing to her. She mentioned that Wells also asked Julie Bowen and Ty Burrell for their blessings as they are almost the second set of parents to Sarah.

Sarah and Wells were supposed to get married in August 2020. The pandemic hit and the plan got postponed. The couple survived the pandemic together and waited for the world to get back to normalcy. Sarah finally had her bridal shower in June 2022 with her close friends and family. A month later in July, Sarah celebrated her bachelorette at the Casa Aramara resort in Mexico.

In August 2022, the couple finally tied the knot at Sunstone Winery in Santa Barbara. Sarah’s Modern Family cast was also present during the ceremony. Sofia Vergara actively documented every detail of the D-day on social media. Dressed in a stunning Vera Wang gown, Sarah walked down the aisle and got married to Wells after almost 3 years of courtship.

Sarah and Wells’ Happily Ever After

Sarah Hyland and Wells Adams are one of Hollywood’s favorite couples. They have sailed together through Sarah’s health problems and pandemic to finally get married. During their courtship, Wells confessed to looking forward to a family with Sarah. We really hope they grow as a family and have years of happiness ahead.

2 thoughts on “Inside Sarah Hyland and Wells Adams’ Relationship Journey”