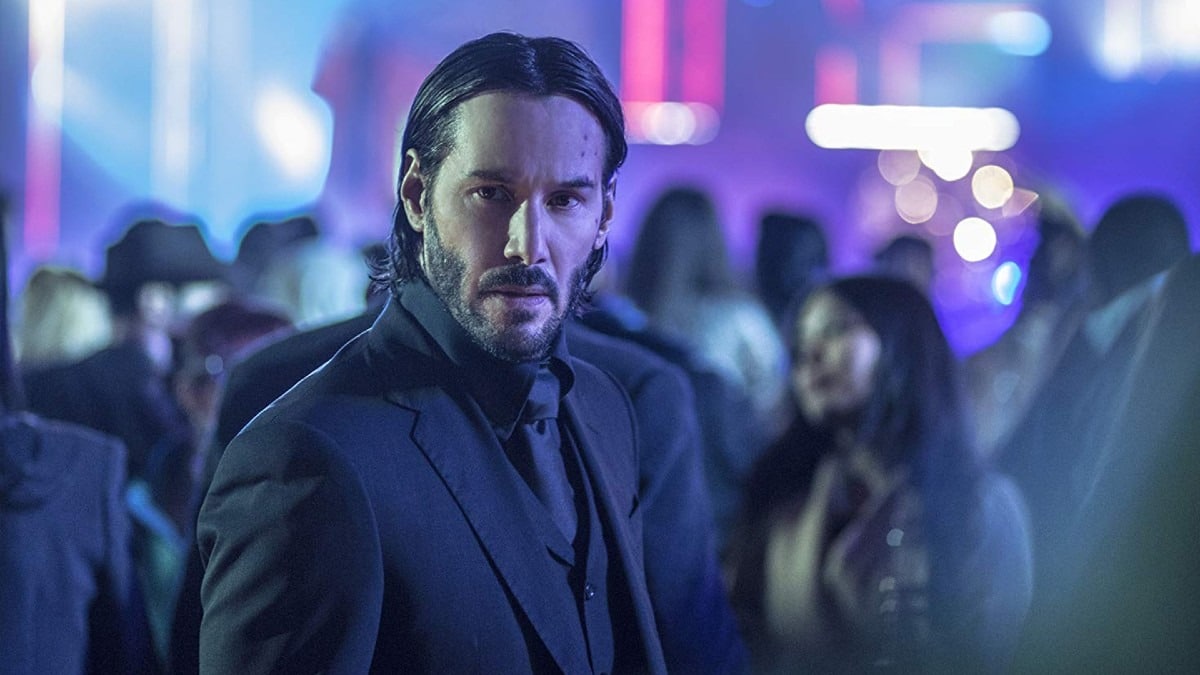 When I first watched John Wick, I expected to see just a well-made action movie. But it turned out to be much more than that. The action choreography did deliver in spades what was promised. Keanu Reeves mowed down armies of henchmen with ballet-like precision in a snappy yet coherent pace under upbeat techno music.

The editing during the action scenes worked for clarity and efficiency. It didn’t try to be dramatic with overly long shots or became too hectic with shorter cuts for the ease of production. The cuts usually happen between distinct actions, just enough to let the actors display their skills and edit the audience—overall spectacular stuff.

If I had to point out a little nitpick, it would be the CGI muzzle flares, bullet wounds, and blood. Though I realize that timing all these with practical effects during the filming of the fight scenes would have significantly increased the difficulty of production by a lot, everything else about these scenes does, indeed, make up for it.

Why Does John Wick Fit the Term ‘Iconic?’

When I watched John Wick, I didn’t expect to see the fantastic efficiency displayed in another area: storytelling. Here are some numbers that will give you a sense of how tightly this film manages to tell its story. John Wick has a runtime of about ninety-five minutes -minus the credits. Out of these, a bit less than forty are dedicated to action sequences. Avengers: Endgame, with a running time shy of three hours, has a few fewer minutes of action, around thirty-three.

The most mind-blowing fact about John Wick, though, is that it has roughly eighty distinct lines of dialogue -excluding a multitude of grunts and yelps during the fight scenes, of course- while it’s not rare for movies of comparable running time to have over a thousand.

For example, Die Hard (1988) has about thirteen hundred lines of dialogue within two hours of runtime. That’s two orders of magnitude less, yet the movie effectively establishes the plot, characters, and motivations. We are never left wondering about what’s happening on the screen or why.
The word ‘laconic’ fits this movie perfectly.

The Storytelling of John Wick

John Wick manages this with an array of techniques. It starts a bit quiet and slow, taking about thirteen minutes to establish John as a character, trying to live a peaceful life after the death of his wife. During these first scenes, we also understand what his puppy means to him and that he is more than he lets on when he goes to perform dangerous driving stunts in an empty lot.

Then the plot kicks in with the home invasion from Iosef Tarasov, sending John on his path for revenge. This sets off the first of the two monologues by Viggo Tarasov in the movie, where he explains who -or what- John is.

Both monologues are spoken over montages of action that give the audience a better understanding of what Viggo is talking about. Thus neatly condensing lots of exposition and plot progression. The scene also offers clues about the hyperreal mafia world we are about to enter. These few minutes of a monologue do most of the work in carrying the plot forward in a fun and fast-paced way.

Another element that wonders for the storytelling’s clarity is the fantastic performances of all the supporting actors, especially Michael Nyqvist as Viggo, Alfie Allen as Iosef, and Willem Dafoe as Marcus. They managed to convey so much of the personalities and motivations of their characters by their postures and expressions that we can get a clear understanding of them, even if we know next to nothing about their lives before the movie’s events. Furthermore, all the rest of the cast fit seamlessly within the world of the film. They react to it as if they have indeed spent their lives there.

Finally, the movie’s themes are expressed mainly by its aesthetics, and just a few lines of dialogue. Almost everything in the film is polished to a shine. Everything from the characters’ mannerisms to the costumes and sets, tries to give the impression of a neon royal palace inhabited by the most delectable of the upper crust. At the same time, it is painfully evident that this is but a thin veneer the characters use to hide from the fact that they live in a world of bestial brutality.

Embracing Until Someone Guns Him Down

John and Iosef are the two notable exceptions in this. They don’t care to keep up with these appearances. Losef embodies and revels in the brutality and cruelty, while John embraces it to use it without the hindrance of pretense. That makes Iosef an embarrassment to his mafia-boss father and makes John stand far above the rest regarding his ability to dish out violence.

At the same time, John Wick tries to be a decent person, not just pretend, and this contradiction makes up the core of his character and the film. For half of the movie, others keep asking John if he is ‘back in,’ and he doesn’t know what to tell them until he admits he is. The cycle of violence has drawn him back in, and he will live by the gun until someone manages to gun him down.
“This life follows you.” -Viggo.