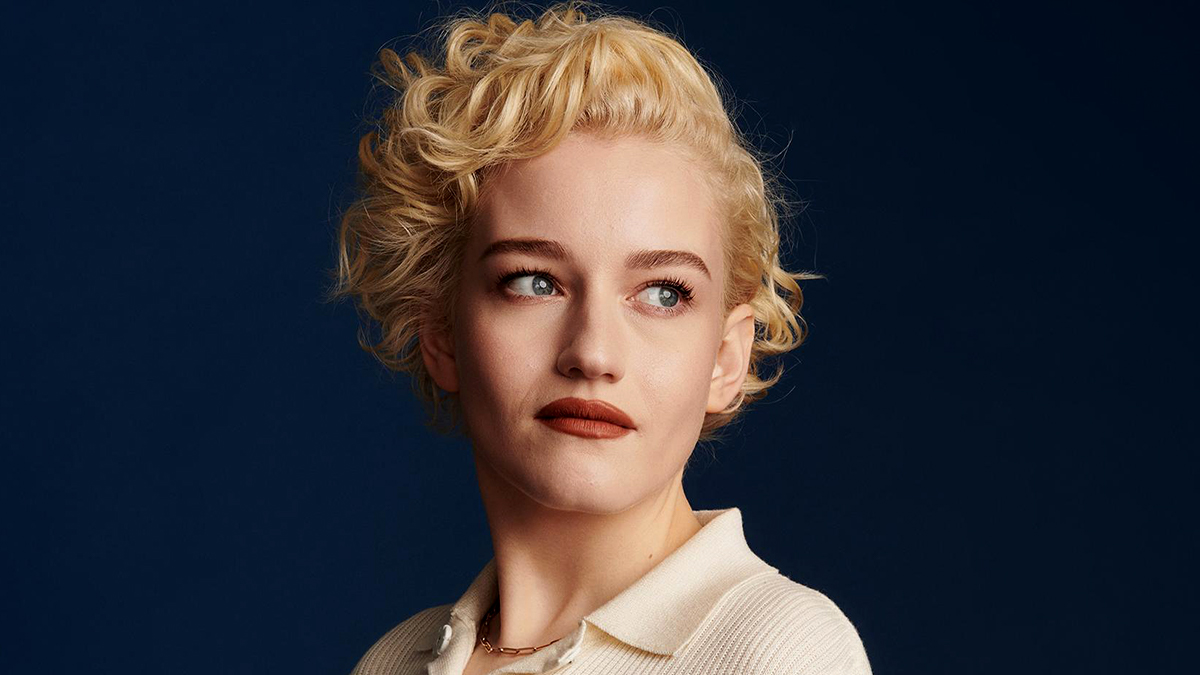 Julia Garner is an American actress who rose to fame after portraying the character of Ruth Langmore in the Netflix crime drama Ozark. She recently played Anna Sorokin in Inventing Anna and bagged the role of the Material Girl in Madonna’s upcoming biopic. With her distinct curls, dimple, and navy blue eyes, Julia Garner went on to win two Primetime Emmy Awards for outstanding supporting actress in Ozark, in 2019 and 2020, back to back.

We’ve got you covered if you are wondering who everyone’s favorite Julia Garner is and how she rose to stardom!

Julia Garner was born and brought up in Riverdale of the Bronx, New York, along with her sister Anna Garner. Her mother, Tami Gingold, is a comedian turned therapist and her father, Thomas Garner, is a painter and art teacher. As her mother is from Israel, she grew up in the Jewish faith and likes to boast about it.

As a child, Garner had learning difficulties and could not read properly until she was ten. And even after she learned how to read, she was shy and a late bloomer compared to her peers. She also struggled hard to pick social cues and facial expressions. She had to act as if she understood and followed them. To overcome her shyness and gain confidence, she decided to join acting classes at fourteen. In an interview with Rolling Stone, she said, “My whole life in a weird way was prepping me to do what I’m doing now.”

Julia Garner proves that imperection is the new perfection. If you closely look at her career chart, you may find a similarity in all her characters. Sometimes she is a cult member, or a cannibal, or a girl who fell in love with a KGB agent. When she was young, she had a gap on her tooth and curly hair. It was her teenage when the hair started growing curly from the roots but the length was straight. It was an extremely weird phase for Julia. She pointed out that she doesn’t match the Hollywood beauty standard. Hence, she mostly gets the roles that are different from the ordinary roles that other actresses get.

SEE ALSO: Kimberly Buffington: Everything You Need To Know About Dennis Quaid’s Ex

How Did Julia Garner Secure Her Debut Role?

Her failed audition in a Nickelodeon show paved the way for her successful career as an actress. At 14, she joined T. Schreiber Studio in New York and wanted to try her luck in acting. She had auditioned for many shorts at Columbia’s film school and came across Susan Shopmaker. The latter was interning at a casting office at that time and was helping with casting the American remake of Skins.

In 2010, Garner auditioned with 1500 other kids, who were later reduced to a group of 30. Although the actress didn’t get the part, she was later called for Martha Marcy May Marlene. The role earned her first official entry to the red carpet. Since then, she has been carving a niche for herself in the industry.

How Did The Actress Get the Accent in Ozark?

Although a native New Yorker, Julia Garner shocked the audience with a perfect Missouri accent she acquired while shooting Tomato Red: Blood Money. During the audition process,  The Assistant actress realized none of the actors were speaking in a Missouri accent, so she decided not to use it, but when she tried to remember her lines without the accent, she failed to do so. Thus, the actress decided to go ahead with her accent, earning her the role in Ozark.

Julia Garner Is a Method Actor

Being able to tap into a character’s feelings is what excites Julia Garner as an actress. She is known for being so lost in the character that she doesn’t even remember what she has done in the take. And if she remembers, she asks them to redo the scene because it means she wasn’t fully present in the scene.

In an interview with The Hollywood Reporter, she said, ”If you’re hearing yourself talk, you’re not listening.” Acting is like meditation for Julia Garner. And when she was away from the sets for a long time during the pandemic, she felt lost. In a way, acting helped her to find a language for communication. She loves to channel a character by using their words but feeling her own emotions.

SEE ALSO: Lily D. Moore: The Actress With Down Syndrome in Never Have I Ever

Who Is Julia Garner Married To?

Julia Garner is married to musician Mark Foster of the band Foster the People. The couple met each other at Sundance Film Festival, where Garner’s film, We Are What We Are, was making its debut and bonded instantly. However, they didn’t start dating until the Grammy-nominated musician messaged her on Instagram. The pair then tied the knot in an intimate wedding in 2019.

Although Julia Garner likes to maintain privacy in her life, Stylecaster reported that the actress has an estimated net worth of $3 million in 2022.

Julia Garner is a rare breed of Hollywood actor who has quickly gained widespread popularity with various uncanny roles and characters she played onscreen. With her distinctive appearance and talent, she became handpicked by Madonna and Universal to play the pop queen beating several other contemporary actors in an extensive audition process. Although she is yet to confirm the role, it could be one of the most challenging roles of her career, and we cannot wait to see her playing the iconic role!