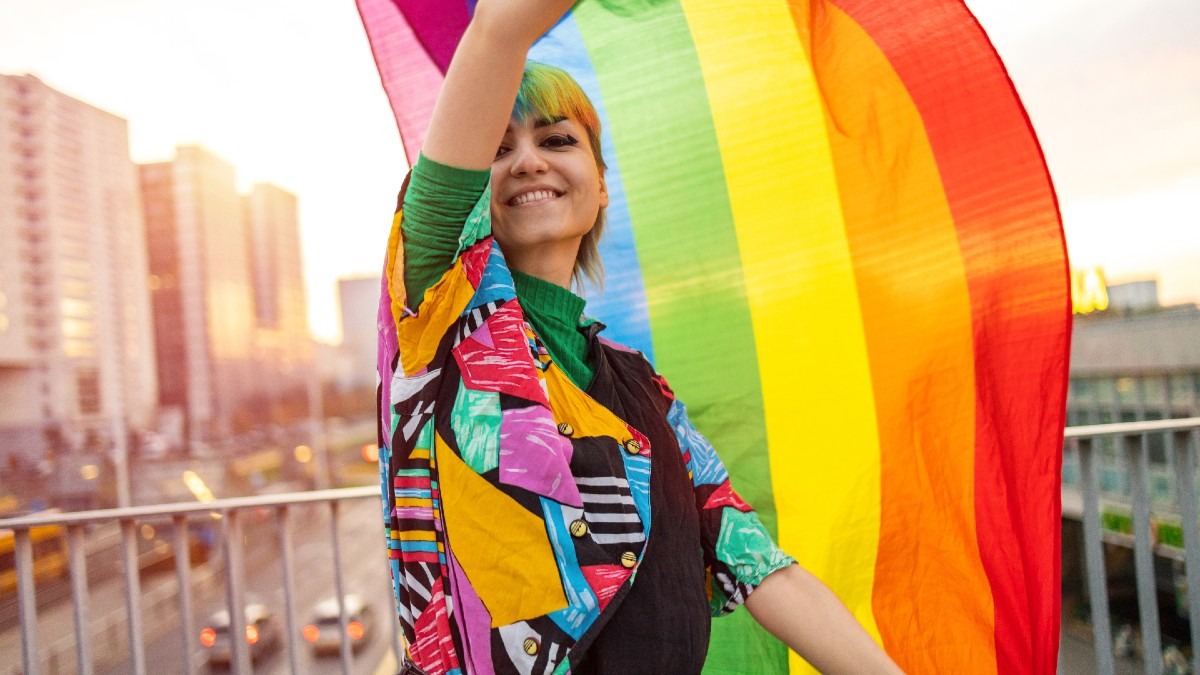 Everyone is well aware of Katrina Kaif’s humanitarian works. This June, with pride month, she did something which no Indian makeup brand has done so far.

Kay Beauty, the label of Katrina Kaif, showered our Instagram feeds with unfeigned and profound posts and stories about embracing pride month with love and open hearts!

The official IG page of Kay Beauty has models from the LGBTQ community, which sends a strong message that beauty ain’t gender-specific.

The Instagram handle of Kay Beauty was enriching with the reel of Coco Bellucci, a celebrity makeup artist popularly known as the princess of Calcutta. He was effortlessly doing his pride-inspired makeup, a post of Nitni Baranwal, the famous queer as a muse for makeup.

In another reel, Shantanu Dhope was seen doing his pride-inspired makeup, which sends a strong message that boys wear makeup too. Not to mention that various pride-inspired looks created by models were also posted on the Instagram page of Kay Beauty, along with pride-inspired artwork and strong messages. Another highlight was the IGTV clip of a conversation with Roshini Kumar, a proclaimed unicorn. The entire talk in the IGTV clip was about her journey to body positivity and self-expression.

Kay Beauty became the first Indian brand to create such a safe, positive space and gave a platform to people to express themselves and their feelings about LGBTQ through the brand.

“We stand together. Let’s embrace love and the capability it has to bring us all closer to one another. During these unprecedented times of pain and loss in the world, let the power of love strengthen us; the celebration of equal love is a year-around agenda for us at Kay Beauty, but this month we hope to deliver to you even more, color, happiness & positivity & aim to promote individuality, freedom of expression, and most importantly self-love.”

What Marked the Beginning of the Pride Celebration in India?

The first Pride march started in Kolkata; it was organized on 2nd July 1999. The walk was called the friendship walk. The parade had seen a minimal number of participants; some were from other cities like Mumbai and Bangalore.

But the number didn’t crush the spirit who knew this march was the beginning of something phenomenal. People slowly realized its importance as awareness about its spread. Social media played a huge role in making this cause popular. Gradually people became more open and welcomed to support the community and accepted them with open arms. Although there are still some people who see this in bad faith, they can’t kill the high spirits we are in today. Every year people come forward in June, popularly called Pride month. People in huge numbers support this community in many forms, one of them being the pride parades. People take on the streets and march for this cause all over the globe.

“With the whole gay thing, I’ve had zero reaction, which says something beautiful about our generation and how things are getting a little bit better.”

What Can We Do to Support the LGBTQ Community?

Love has no boundaries. It doesn’t depend on what gender you are from and what your preferences are. It’s high time that we as a nation break our conservative thinking and become liberal towards LGBTQ. We need to overcome the backward preset notions about gender roles and what a person from a particular gender is supposed to be. Life is much greater than living up to a certain stereotype.

So let’s be civil to each other, accept and embrace everyone, without discriminating them for what gender they belong to or what they prefer to be!