Skip to content
Home  »  Pop Culture   »   Lily D. Moore: The Actress With Down Syndrome in Never Have I Ever 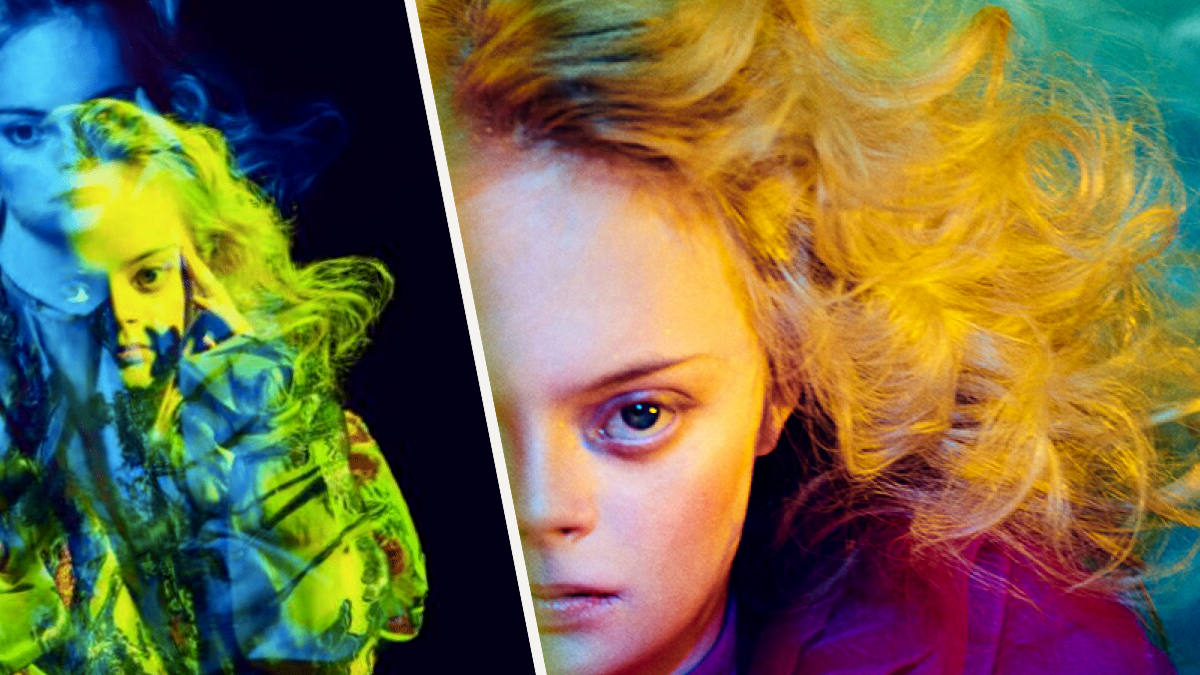 Mindy Kaling sure has a keen eye for an excellent, talented cast. After Maitreyi Ramakrishnan, Kaling gave us another inspiration to become a fan of – Lily D.Moore. She is an actress, and model, has her own youtube channel, advocates for people with disability, and started an initiative for homeless people, H.E.L.P. We have barely scratched the surface of why this actress is worth knowing about.

We know Lily D.Moore as Rebecca, Paxton’s sister from Never Have I Ever. But there is so much more you need to know about the actress. Try not to gasp at every point as I did!

Lily D. Moore was born with down syndrome. But that’s not all. The 19-year-old underwent 12 surgeries till now. When she was born, she had seven holes in her heart. Lily D. Moore also had sclerosis in her spine and was born with her kneecap out of her knee, for which she had to have seven surgeries. She even had surgeries for her mouth.

She was in a lot of pain and did a lot of physical therapy. In fact, since she could not bear her own weight after the surgery, she had difficulty getting out of bed or using the washroom. However, she overcame the struggle and proved to the world what a fighter she is. Although she missed out on parties and making friends, ultimately she is back on track and is ready to experience it all.

SEE ALSO: 10 Celebs Who Came Back Stronger After Being Rejected

Never Have I Ever Actress Lily D. Moore Has An Extensive Career

As mentioned before, in a few words, Lily D.Moore is an actress, model, advocate for a cause, etc.; let’s elaborate on her career more. When Lily was six years old, she first came across drama classes. That is where her love and interest in acting were born. Later her mother signed her up for multiple acting classes and workshops, where she found an agent. Ever since then, Lily D. Moore has been unstoppable.

Lily has starred in many commercials and shows and is finally entering the world of movies. You may have seen her in Teachers, Holy Irresistible, What Sorrows May Come, Holden On, Addison, Lift, Single Drunk Female, and The Gifted. You can also catch a glimpse of her talent in the music video “Here I Am” by Sia and Dolly Parton and “Unforgiven” by Sevendust. The actress has her own YouTube channel with the name Natalie Moore.

Her latest work is Color My World With Love, a Hallmark romantic comedy based on two people with down syndrome and their journey to falling in love. Lily D. Moore is also working on a secret project with Vanessa Marano.

Who Is Lily D. Moore Apart From An Actress?

As much as she loves to act, she also loves to sing and help homeless people. Her generosity is vividly visible in her intentions and actions. Moore started H.E.L.P (Helping People With love and Passion) in seventh grade. She packs snacks and toiletries in bags, and anytime she sees someone homeless, she hands over one bag to them.

When she was in seventh grade, she was also a cheerleader for the basketball team, one of the singers in her school’s chorus, and was a weather girl for the Action News team. She also goes to church and is a part of the youth group there.

Lily D. Moore is passionate about modeling as it gives her a chance to travel and capture cute posts. She has been to 218 countries, and her favorite one is Costa Rica. Swimming, playing the instrument ukulele, traveling, singing, cheerleading, roleplaying, doing hair and makeup, and dressing up. Lily is a champion ambassador of the non-profit organization Special Olympics and also a part of Breaking Barriers and Extra Special People.

Lily also advocates for people with disabilities and plans to attend Clemson University to study healthcare to help more people officially. Moore also has a passion to inspire and educate the world.

How Are Rebecca and Lily D. Moore The Same?

In Never Have I Ever, Rebecca portrays as someone kind, caring, confident, and straightforward. She is passionate and career-oriented. Similarly, Lily D. Moore possesses these qualities in real life as she does in the reel life.

Lily has an aspiring career, is extremely open and straightforward about her opinions, helps people in need, and stands up for individuals with disabilities. She is more of an all-rounder as an actress, model, and advocate. Lily also doesn’t let people push her around and stands up for herself. She follows her dreams wholeheartedly.

What Are The Actress’s Views On Disabilities?

In an interview with People, Lily said, “People with Down syndrome have hopes and dreams just like typical people. We want friends, get a job, go to college, fall in love, live independently, and also get married. We don’t need to have anyone feel sorry for us.”

In fact, she found out about her disability at the age of 10 through her mother. She often wondered why she had so many troubles, why people made fun of and laughed at her; they pointed out her being different; people bullied her. However, in an interview with the Youtuber Sanna Haynes she clarified that she instead took the news very well. She expressed she felt great about it. “It doesn’t define me. It’s just a part of who I am,” said the actress.

“Not everyone can look past what I look like, and that’s okay because they have not figured out that there is something wrong with all of us. You just see mine. She further added, “Perseverance, you can tell now, but I will never give up on my dreams.”

Lily has a simple belief system about the disabled: everybody is unique and deserves to be treated with love and equality. She encourages people to be kind and asks them to treat the disabled as regular people. Lily believes that they have real feelings, deserve to fall in love, marry like ordinary people, and go to school, college or work.

Few Quick Facts About The Actress

As we conclude, let me tell you a few quick facts about Lily D. Moore that will inspire every inch of you.

Disability, disorder, or mental illness is a matter of perception. Lily left no chance to prove it. And just like her, many celebrities have proven that no disorder can stop them. What do you love the most about Lily D. Moore? My answer is ‘everything’!

3 thoughts on “Lily D. Moore: The Actress With Down Syndrome in Never Have I Ever”