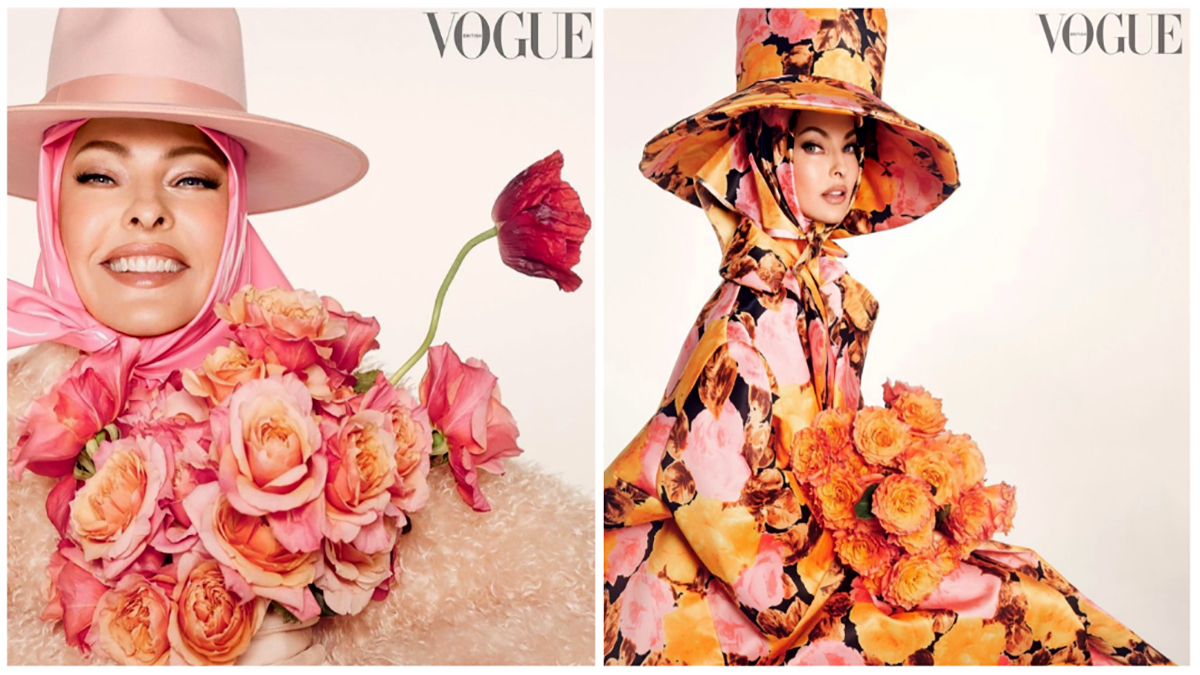 Cosmetic procedures with less or no downtime attract Hollywood and the modeling industry big time. The desire to look immaculate and defy the signs of aging makes celebrities overlook the risks that these procedures bear. Linda Evangelista, the supermodel from the 90s, became a victim of a botched fat freezing procedure. She had to quit modeling and live a low-key life. Years later, she mustered the courage to go public and speak about what exactly went wrong. And she made a comeback with her appearance on British Vogue.

Coolsculpting, also known as fat freezing, is a popular treatment that freezes fat cells and causes them to shrink. The process has no downtime; however, Linda experienced a severe complication after the procedure. Her fat cells started growing in size in different parts of her body and left her disfigured. Linda would layer herself in clothes and scarves to hide her body.

As she poses for British Vogue, she says she didn’t want to live in pain anymore and wanted everyone to know the truth and drive a change; the truth would come out if only she spoke up. Looking gorgeous draped in floral scarves, Linda upholds her supermodel aura but also speaks with all honestly that her face has been taped to achieve the look.

SEE ALSO: 15 Foods That Can Clear Your Skin Overnight

The Struggle Linda Evangelista Went Through

With fat tissues bulging out of her body, Linda tried everything on Earth to correct what went wrong. From multiple liposuctions to dieting, she tried everything. Linda claims to have lived on almost zero calories to beat the excess fat, and she would live on “a stick of celery or one apple.”

She also had a tough time socially; meeting friends and family would be a nightmare. Slowly, depression crept in, and it was another battle for Linda to fight. From being a top model for almost three decades to living in the shadows, it has been a difficult journey for Linda Evangelista.

In 2021, Linda Evangelista sued Zeltiq Aesthetics for the botched procedure and asked them to compensate her with $ 50 million for emotional distress and lack of employment. However, both parties dismissed the case in July 2022, and Linda shared on her social media that she is pleased to put everything behind her and move forward.

Even if she has put the lawsuit behind her, she still has to live with the experience daily. About her mental health, she says, “Am I cured mentally? Absolutely not”. At the same time, Linda is also grateful for the support she got from friends, family, and industry peers. She looks forward to more modeling assignments, but she is aware that it will be tough to find the right job.

She says, “You’re not going to see me in a swimsuit, that’s for sure. It’s going to be difficult to find jobs with things protruding from me; without retouching, or squeezing into things, or taping things or compressing or tricking…”

SEE ALSO: How To Be Positive Again in Life?

About her latest shoot with British Vogue, Linda says that she is trying to love herself, and these photos are meant to create fantasies and dreams; also, her insecurities are taken care of in the photos, and she hopes to continue doing what she loves.

But does aging scare her? Absolutely, no! Linda Evangelista looks forward to growing old and seeing her son grow into a man. She still enjoys sports and facials and hopes to treat herself in a nice European health resort soon.

We hope Linda gets over her insecurities and struts on the ramp again. She is the OG supermodel, after all!