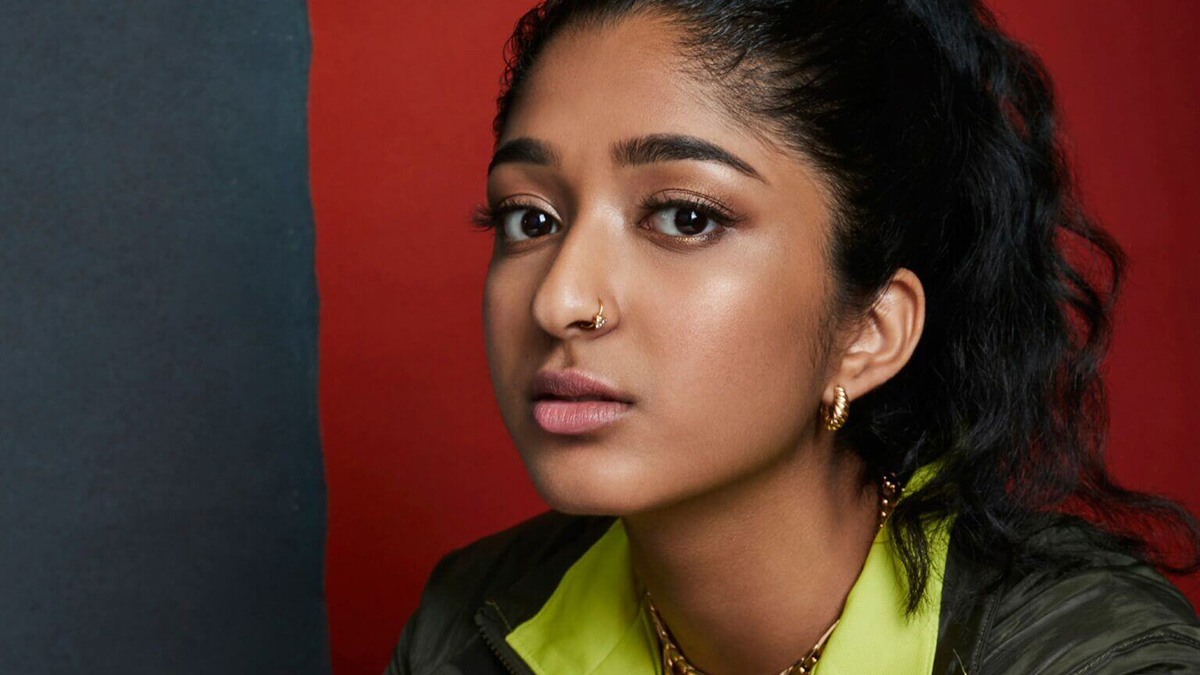 All thanks to Mindy Kaling for selecting Maitreyi Ramakrishnan for the role of Devi Vishwakumar in Never Have I Ever and for representing the South-Asian community on the big screen of Hollywood. The 20-year-old Tamil-Canadian actress auditioned for the role of Devi and beat out over 15,000 applicants.

What Do You Need To Know About Maitreyi Ramakrishnan?

Maitreyi resembles her character Devi- real and confident. Maitreyi shows how transparent and bold she is about her thoughts with the world in many magazines and channel interviews and on her social media accounts. Her Instagram bio says, “Respect existence or expect resistance,” showcasing her fearlessness. She is also an active advocate for education rights and public education.

Daughter of Kiruthiha Kulendiren and Ram Selvarajah, Maitreyi belongs to a Tamil Sri-Lankan family. However, her parents left the country due to the civil war in Sri Lanka. Maitreyi was born in Mississauga, Ontario, in 2001 and considers herself a Tamil-Canadian.

“I made it very clear to my agent and publicist that Tamil-Canadian is very, very important to me. My identity isn’t being Sri Lankan. That’s not my country. My country is Canada. But my culture is definitely Tamil”, said Maitreyi in an interview with Now Toronto.

Maitreyi Became Devi Because of Her Best Friend (And, Of Course, Her Talent)

The talented Tamil-Canadian actress enjoyed participating in plays and theatre in school. Moreover, she had full-fletched plans to go to York University, Toronto, for the theatre program. But she had to cancel after her confirmation of the role of Devi in Never Have I Ever.

One afternoon, Ramakrishnan’s best friend Shaharah Gaznabbi sent her a screen of the open call audition details. Since she always had an interest in acting, she thought to give it a chance. In fact, the main reason why she chose to audition was to hang out with her best friend.

Never Have I Ever is the platform that gave a trigger start to Maitreyi’s career. But that’s not all she has worked in. In the animated Disney+ movie, Turning Red, she is the voice of Priya, who is the main character’s best friend. Her participation was successful in the animated web series, being the voice of Zipp Storm in My Little Pony. You may have also seen her in the Reprisal TV series.

Her future roles include Netflix’s romantic comedy, The Netherfield Girls. It will be her debut film based on a contemporary adaptation of Jane Austen’s novel, Pride & Prejudice, as Lizzie Bennet.

Her career is not limited to acting. She became the brand ambassador for the brand American Eagle’s campaign “Member’s Always: Future Together.” Ramakrishnan was also a co-host at the 8th Canadian Screen Awards.

The Tamil-Canadian Actress is a Part-Time Gamer

This is great news for the gamers as well as the ones who love the actress and her work. Nintendo and Animal Crossing are forever go-to games for Maitreyi. However, she admits that her favorite game is Super Smash Bros. She is also a fan of Mario Kart. So, gamers, what do you think of Maitreyi now?

Beauty Standards have been a part of our regular lives for ages. However, Maitreyi does not believe in beauty standards where white skin is praised, and the rest is seen as unhygienic. Anything other than white traits is seen as high levels of testosterone, too muscular, body hair, uneven bone structure, etc. But Maitreyi does not confide in these restrictions of beauty.

In fact, in many of her images, if you zoom in, you can see hair on her arms. She is confident about her body and loves it the way it is. She even tweeted, “say it with me everybody, hairlessness ≠ femininity. now your turn.” Her frustration against the beauty standards can be vividly seen in this tweet as well as the ones following it – “where’d her hairy arms go?” Idfk they’ll be back in a month just wait.” In the end, she wrote, “Just let people live.”

Maybe her talent or her boldness and outspokenness for the right, Maitreyi caught Michelle Obama’s attention. Lady Obama invited Maitreyi to join her for an inspiring event to encourage and empower adolescent girls through education. Michelle’s team wanted Ramakrishnan to do a piece for Popsugar’s Girl Talk about the importance of one’s uniqueness. Maitreyi sheds light on the importance of self-love and points out how meaningful it is to be yourself instead of trying to look like someone else.

Maitreyi Ramakrishnan Is Very Particular About Her Name’s Pronunciation

“If you can say the character names in Game Of Thrones, you can say my Tamil name,” said Maitreyi when asked if she would prefer to ever change her name or a nickname. She feels it’s a sign of respect to pronounce someone’s name correctly and does not respond to the improper pronunciation of her name. Maitreyi thinks it’s all about trying and does not expect to immediately understand the correct pronunciation of her name.

Maitreyi is Not Just An Actress

The Tamil-Canadian actress believes in bringing the needful change in society. She feels pride in seeing the young generation fighting and putting effort into changing the world. Like her character Devi, Maitreyi isn’t afraid to speak up against the wrong. In fact, when her school canceled arts in public education, she led 400 kids in protest and openly posted about it on Instagram without any fear.

She unapologetically speaks about the things that matter – “My parents brought me up to always stand up for what I believe in, be aware and do your research. Be a voice and speak out about injustices,” said Maitreyi. She believes strongly in the inclusion and representation of Asian women on the big screen.

Maitreyi And Devi Are Almost The Same

Although Maitreyi admits she could interchange one thing about her real and reel life character, she is pretty much the same as Devi. She wishes to be as intelligent as Devi, especially excel at Mathematics and Science, but also feels that, like her real self, Devi needs to take a chill and understand life is much more than grades. Devi is sassy, witty, and sarcastic, precisely like Maitreyi. She is super strong, on and off the screen.

Mindy Kaling, the creator of Never Have I Ever, confirmed that Devi’s character is loosely based on her upbringing. But it’s incredible that even Maitreyi can relate to her reel self. Growing up in two different worlds, understanding where to fit in the culture, recognizing one’s identity and sexuality, self-acceptance, and dealing with the world – this is everything that makes Maitreyi and Devi almost the same.

The Actress Has A Realistic View On Self-Love

Nobody’s self-love journey is ever linear except for the influencers on Instagram. But Maitreyi is very transparent about her perspective on self-love. She expresses the reality by discussing how on some days, she does not accept or feel like herself, and on some days, she feels on top of the world. Maitreyi further demonstrates it by calling it life. She points out that the journey of self-love is constant. This means you have to love yourself at all ages.

I gave you ten things to love Maitreyi Ramakrishnan even more. Now I have something more to tell about the determined actress.

Here’s everything I wanted to tell you all about Maitreyi Ramakrishnan. Isn’t she a hoot?

4 thoughts on “Maitreyi Ramakrishnan: Here’s Everything You need to know”