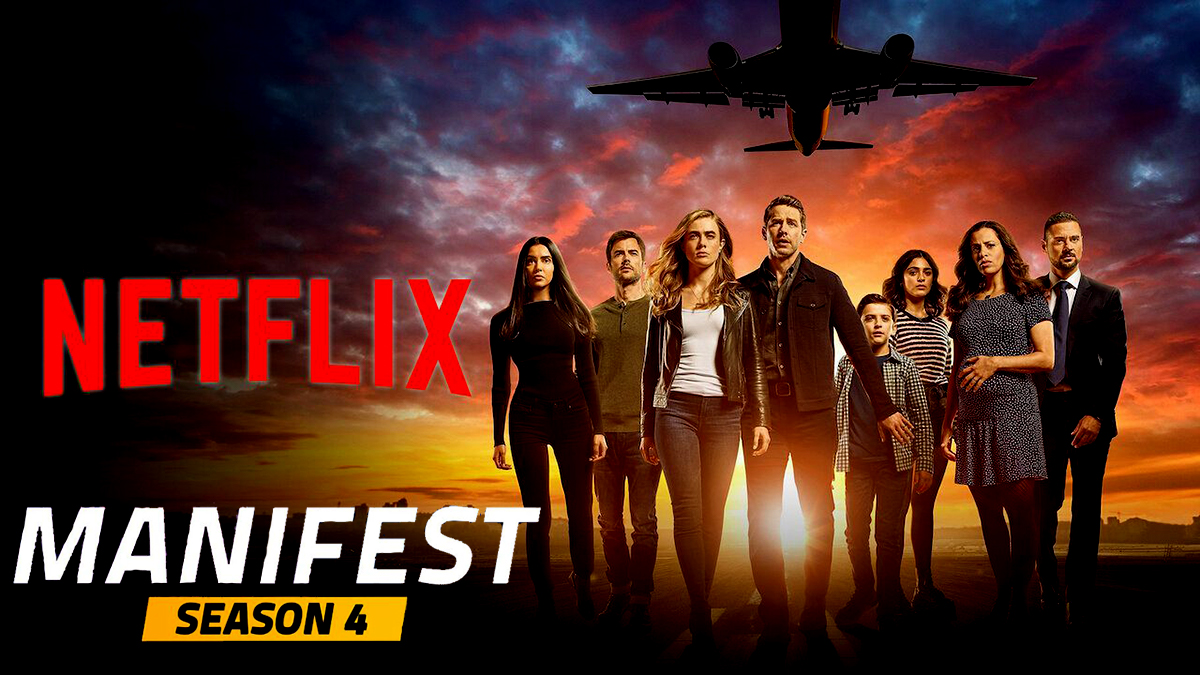 In August 2021, Manifest was renewed for a fourth season. Exactly one year later, fans were blessed with its trailer. We can’t keep calm because Manifest is coming back to our screens this November, along with most of the cast reprising their roles in this drama series which has kept everyone on the edge of their seats since 2018. Manifest became a fan favorite with its unique plot as the craziness unfolded with every episode. The seatbelt sign has been turned on, buckle in! Here is everything you need to know about Manifest Season 4 so far:

Was Manifest Originally Going To Be Canceled?

Believe it or not, after three shocking seasons of Manifest, this show was initially canceled, causing a riot amongst the fans. After some crazy cliffhangers in season 3, NBC announced that Manifest had been canceled and would not be renewed for season 4.

One of the main reasons was the views which declined with every season, despite having a loyal fan following and good reviews from the critics. In fact, the creator of Manifest, Jeff Rake, expressed his disappointment on Twitter with #savemanifest. Finally, after a long negotiating process and Manifest staying on top on Netflix, the show was renewed for a fourth and final season.

Will the Original Cast Return for Season 4 of Manifest?

The cast was no longer bound to a contract after 2021. This meant there was a possibility that the new season of Manifest would have an entirely different cast. Still, luckily, most of the cast has decided to return for the fourth and final season, leaving a trail of happy Manifesters (it’s what the fans of Manifest are called, you know, like Potterheads).

Most of the main cast, including Josh Dallas, Melissa Roxburgh, and J.R. Ramirez, will be returning for the new season. Beware, spoiler ahead: Athena Karkanis will not be returning as her character died in season 3. Jack Messina will be replaced by an older actor because the show fast-forwards to two years later in the new season. Messina will be replaced by Ty Doran, who you might recognize from the drama series American Crime.

What Will Happen in Season 4 of Manifest?

Jeff Rake had planned a total of six seasons. Now, because the fourth season will be the final one, all the ideas and shockers of three seasons might have to be squeezed into one. However, he is confident that he will be able to tell the story he always intended to. The Manifesters couldn’t be more excited. As per Netflix’s official description, the new season of Manifest will begin two years after the murder of Grace.

The entire family mourns the loss and Ben continues his search for Eden, who was kidnapped. There were several cliffhangers at the end of season three, which will impact the storylines in season four. “As the Death Date draws closer and the passengers grow desperate for a path to survival, a mysterious passenger arrives with a package for Cal that changes everything they know about Flight 828.” If this description doesn’t have you hooked already, maybe it’s time to revisit season three again.

The Official Teaser for Season 4

On August 28th, Netflix released the official teaser trailer for Manifest season 4. It had some spine-chilling moments and glimpses of the previous seasons. However, before the official teaser was released, Netflix also released a sneak peek on June 6th. In the comments, the fans expressed their gratitude to Netflix for making the final season of Manifest happen. The countdown for the new season has begun, and so have the theories of what might escalate.

All the fans who rallied for the renewal of Manifest are in for a rollercoaster in November. So, let us know in the comments about what you think might happen in Manifest’s fourth and final season.

One thought on “What To Expect From Manifest Season 4”