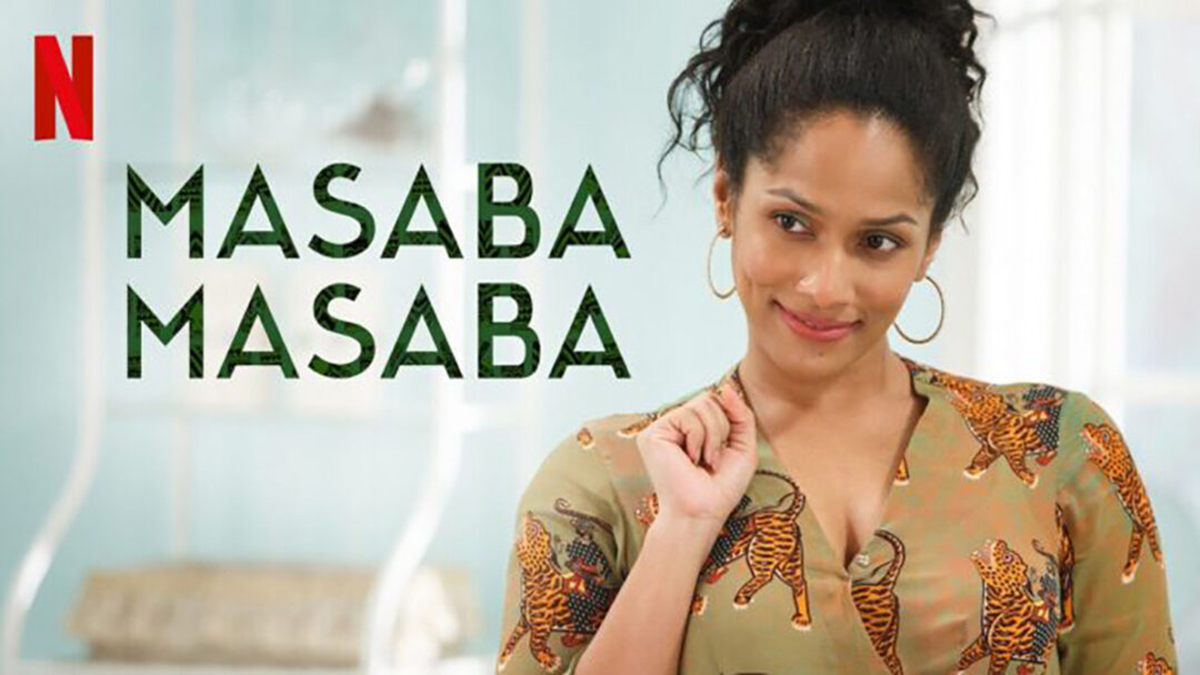 Are you curious how Reel life Neena Gupta in Masaba Masaba pushed us to celebrate what’s Real? Because I am!

Around three years ago, veteran actor Neena Gupta decided to take to Twitter to shed off the hazy norms of how a celebrity should ideally behave on social media; and asked for some ‘work’.  “I live in Mumbai and working as a good actor looking for good parts to play,” read her tweet. No brownies for guessing that Neena, along with her gutsy presence on an often-superficial virtual world, was ruling the internet for the rest of the day.

Cut to today. Masaba Masaba, a Netflix original series, starring herself as well as her daughter and ace fashion designer Masaba Gupta, hit the internet some weeks ago. And while it narrates and celebrates Masaba’s topsy turvy voyage to where she stands today, one can’t help but note how Neena, in a peripheral role, shines bright, if not brighter.

At a time when single parenting was barely considered a good idea, Neena raised Masaba, her daughter with legendary cricketer Vivian Richards, alone. The concept is easier to romanticize than to implement, and she has since admitted that it hasn’t been a cakewalk.

The series begins with a cue of her separation from producer Madhu Mantena and rightly goes on to show how the mother, alone but not lonely, was hot to trot in passing Masaba large chunks of strength, whenever the situation called for some.

SEE ALSO: The Naked Indian Woman, The Voices of the Unheard Daughter of India

Make no mistakes.  Masaba, in reel (or even real), isn’t devoid of the wisdom that is usually passed down from mothers in all stages of life. As her marriage with on-screen husband Satyadeep Mishra (who she’s believed to be dating in real life, by the way) hits the rock bottom and the ‘blind items’ on the tabloids speculating a sorrowful end of her marriage mess with her head, the only person Masaba can finally think of burying her extremely chaotic mind into is her mother.

For some comfort, and some paratha. Because we have, for ages, been conditioned to seeing mothers that throw a fit at the very mention of divorce, we might as well get celebrating stories where the downcast woman finds some warmth, a shelter, and a couch to roll on when she finally pours her heart out to mommy.

Some days after Masaba and Madhu announced their separation on social media and worded it as a mutual decision, Neena revealed how she was ‘devastated’ on learning about it, and finally, it was Masaba who helped her come to terms with the reality.

Understandable, coming from a mother who dealt with all the ill eyes of the conventions of the society for decades and probably wanted her daughter to have a less stormy personal life. However, what you’ll appreciate about her character is how she maintains a sense of dignity and poise throughout. Not to mention, during references about her professional journey as well.

You might have read pieces about how the actor keeps advising her daughter on the uselessness of empty PR strategies. She instead believes in letting one’s workspace. Her famous tweet finds a mention in the series too. At one extremely emotionally dense moment, a despondent Masaba is about to leave her mother’s abode, looking to take control of her own life.

A Peek Into Masaba Masaba

You want to look at the mother-daughter on the screen and believe that this is how moments transcend into experiences. And despite the occasional (or maybe frequent) squabbles, some ties aren’t so fragile after all. Then life would throw you into a position where you are no longer a mother and a daughter; just two women standing on both sides of a disagreement, still carrying silent solidarity for each other; two different entities cheering for each other.

SEE ALSO: Hasmukh – A Dark Comedy That Will Have You On The Edge Of Your Seat

Neena’s character shines in all its glory, essentially because she’s in unconditional love with herself and everything she’s capable of. The notorious blind items in the newspaper can’t ruin her morning skincare routine. And even at 61, catching up with Farah Khan seems big.

She’s got enough swag to wrap her chiffon saree and groove to ‘Aunty Kisko Bola,’. And she’d still bargain with the vegetable vendor for four rupees. Talk about a mom character that’s neither annoyingly bromidic nor strangely disconnected. She asks for what she wants, and she wouldn’t trade her esteem for anything on this earth.

What is your opinion about Masaba Masaba?

Masaba runs one of the most successful fashion labels in the country. She wouldn’t probably have her journey glittering in the series, without it running parallelly to that of her mother’s. The mother-daughter duo is worth the praise.

For everyone uninitiated, Masaba took a keen interest in acting. She would’ve pursued it if it didn’t meet with strong discouragement from the mother. It was only after Masaba Masaba that Neena revealed how she apologized to her daughter for pursuing acting.

Do you think we can learn something from the life of Masaba and Neena Gupta? Which Neena Gupta has your heart, Reel or Real, or maybe both? Tell us in the comments below what truly struck your attention in the series Masaba Masaba!