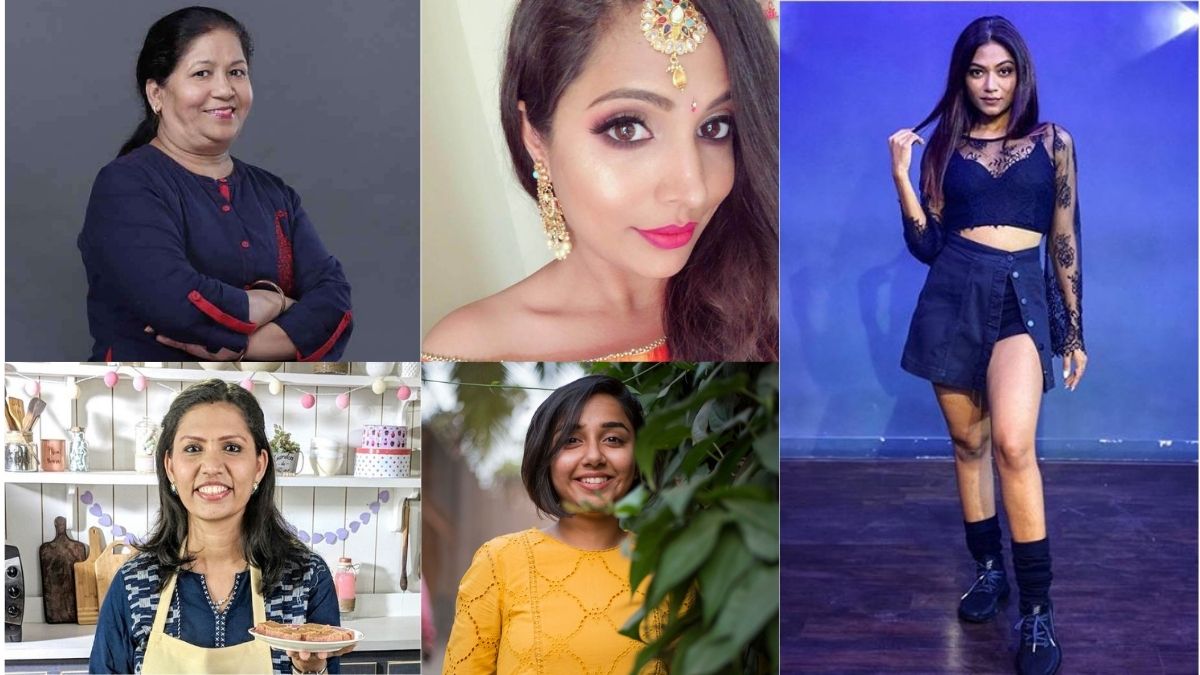 Being a vlogger is no child’s play. Contrary to the popular idea, any Tom, Dick, and Harry can rise to fame overnight by uploading a well-scripted video of oneself, with some serious or comedy content thrown in, is a myth. Sorry to burst your bubble but vlogging is much more than that. And it is quite a challenging territory to tread onto. However, the good news is, that many Indian women vloggers are rising on Youtube.

Thanks to YouTube, a stint with vlogging is not going unrecognized; be it makeup tutorials, cooking recipes, stand-up comedy, etc. More and more women are showcasing their talents through vlogging and taking the digital world by storm!

Let’s discover the top 5 Indian women vloggers of 2019, who have the highest subscriber base and viewership count in India!

Having taken the plunge in May 2011 with her first video on how to make rose water at home, this Noida resident has gathered quite a wide fan following through her private channel on YouTube. Nisha Madhulika was inspired by the overwhelming response to her very first video, she went to explore vlogging more seriously, with her pure vegetarian recipes that are easy to make and use only ready-made off-the-shelf ingredients.

Today, her YouTube channel is one of the most-watched food channels in India. The 60-year old vlogger has a subscriber base of 6.7 million and counting, and has, to date, churned out more than 1300 recipe videos. She is very consistent with her uploads, especially during the festive seasons when Indians are keener for special recipes.

Born and brought up in Kolkata, Kabita Singh always had a passion for cooking. But a banking job hardly allowed her enough time for it. However, after marriage and a baby, being part of a life that constantly oscillated between India and the UK, she quit her banking career to follow her true calling through vlogging.

After posting her first YouTube video on November 2, 2014, her channel witnessed rapid growth, encouraging her to start two side channels, one for quick snack recipes, and the other centred around her life beyond cooking. With over 600 videos, more than 4.3 million subscribers, and over 680 million lifetime views, Kabita’s Kitchen has made it to this point without any full-fledged team. According to her, the mantra of her channel is to showcase very simple recipes that will make viewers believe that anyone can cook!

Twenty-five-year-old Prajakta Koli has garnered more than 3.4 million subscribers for her YouTube channel, MostlySane. It revolves around witty comedy sketches, interviews with well-known personalities, and music. Her content is humorous yet socially relevant which keeps the young audience hooked on her channel.

Having started as a radio jockey in Mumbai, she switched to being a YouTuber to enjoy absolute creative freedom. Her first YouTube video was posted on February 12, 2015. Within a month, she quit her radio job and decided to pursue this full-time. She was immensely encouraged by the response she received. As a fast-growing video blogger & Youtuber, she has a dedicated team for different departments; be it writing, shooting, editing, publishing, marketing, sales, or PR.

Her first video, shot in 2012, was recorded on a simple point-and-shoot camera. While that was purely meant for fun, her career as a YouTuber soon took off to enormous growth! With her 3.4 million subscribers, more than 520 million lifetime views, and over 700 videos, her vlogging career touched a peak. Her content encompasses hairstyles, henna designs, makeup tutorials, DIY projects on beauty, fashion, daily life, and much more.

With a team of 5 members, Shruti Arjun Anand aspires to enhance her audience base by introducing her own accessories and product lines. As of now, she has ample product placements and advertisements from major brands such as Nykaa, Lakme, LA Girl, etc. Be it bridal makeup or eyeliner tips, hair care fixes, or choosing the right foundation shade, this 31-year-old YouTube star will have you all covered!

Having aspired to be a dancer ever since she was a child, Sonali Bhadauria had to wait for a long time till she found the right platform to express herself. After having worked at Infosys as a software engineer, she finally managed to bring together a team of dancers to give shape to her vision. Eventually, she quit her job and decided to pursue dance full-time, building a career through YouTube. Today, she has nearly 1.7 million subscribers and over 230 million lifetime views through vlogging.

Her channel already has more than a hundred uploads, which bears testimony to how viewers appreciate her passion for dance! The most commendable thing is, that she has never been formally trained in dance! Besides her YouTube dance videos, she is also into choreographing various events, wedding projects and conducting workshops.

Are you planning to set up your YouTube channel in 2020? India currently has more than 120 women Youtubers with 1 million subscribers! It’s time for all the Indian women vloggers to unleash their talent. If you have your creative juices flowing, Youtube can be a rewarding career option.

SEE ALSO: A Short List Of Challenges That Women Face At Work