Skip to content
Home  »  Review Corner   »   The Real Case of Monster: The Jeffrey Dahmer-Release Date, Cast And Other Details 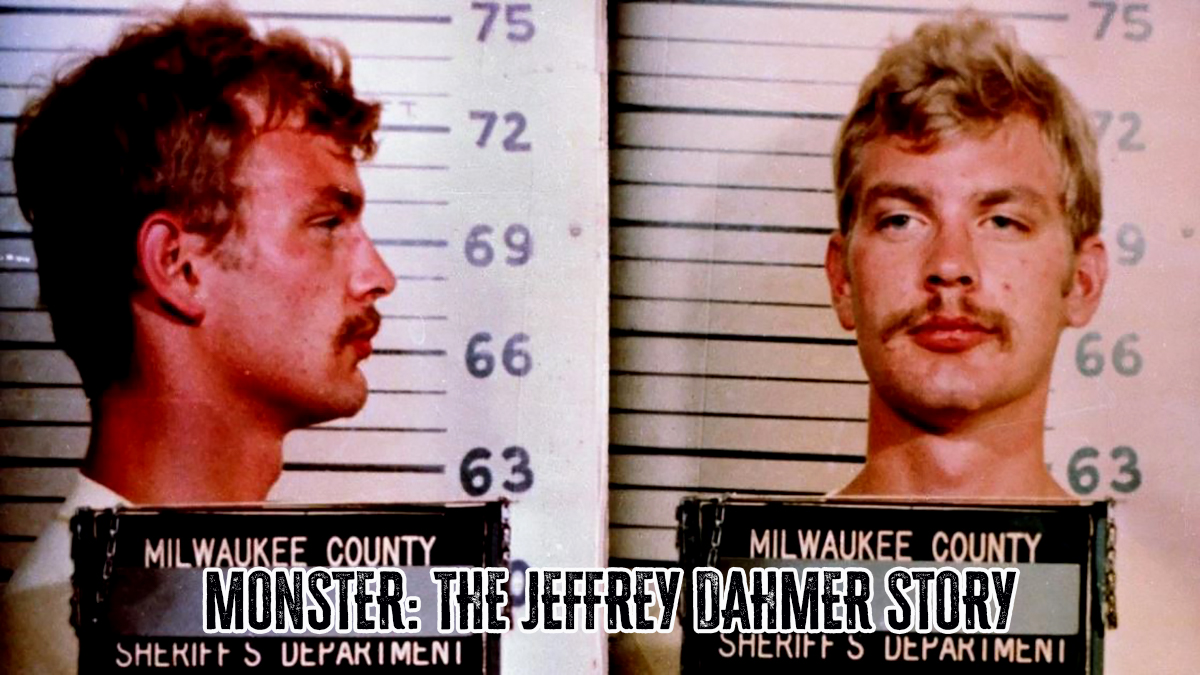 Netflix is releasing documentaries after documentaries with shocking revelations, but this one, in particular, will leave you with nightmares. Monster: The Jeffrey Dahmer Story is another documentary Netflix is bringing on 21st September 2022. It is about the serial killer Jeffrey Dahmer (also known as the ‘Milwaukee Cannibal’ or ‘the Milwaukee Monster’), who committed hideous crimes for years. We see the news, read newspapers, and watch documentaries and interviews, but it is nothing like it.

Warning – Please do not proceed further if you have a faint heart. This article consists of real-life crimes Jeffrey Dahmer committed. So, it is going to be murder, blood splashes, chopping, beheading, and everything unimaginable. I had to watch some gruesome documentaries with actual images from the crime scene, and never have I ever felt this disturbed before.

Who Is Jeffrey Dahmer?

Born in 1960 to Joyce Dahmer and Lionel Dahmer, Jeffrey Dahmer is one of the most disturbing serial killers in US history. This chocolate factory worker was a serial killer, sex offender, and cannibal, even though many people saw him as someone intellectual, gentle and humorous. Even the interviewers and investigating officers thought every confession was a lie until they found solid evidence that spoke otherwise.

He got away with murder for almost a decade until one day, everything came to an end, and one of his victims escaped his prison of horrors. In fact, the entire building was vacated by the residents and ultimately demolished, where Jeffrey committed his crimes. His dark side of human nature reveals the most messed up mindset of a serial killer.

In an interview, Jeffrey Dahmer admitted that he had obsessive desires to permanently control men and possess them. He never had a motive of hatred or anger to kill them; he simply enjoyed the whole process of dismembering the bodies. And to keep them forever with him, he kept their skulls and skeletons; worst of all, he ate their flesh.

Since childhood, he loved collecting bones. It was something his father taught him as he was an analytical chemist. He taught Jeffrey to bleach and preserve bones and skin which led to the grizzliest crimes.

How Was Jeffry Dahmer Caught?

Monster: The Jeffrey Dahmer Story begins with the story of Tracy Edwards, Jeffrey Dahmer’s last victim. After committing crimes freely for almost a decade or more, Jeffrey Dahmer was finally taken into prison on July 22nd, 1991. 32-year-old Tracy Edwards managed to escape the house of horrors with handcuffs still dangling from one of his wrists. He jumped onto the police vehicle and explained how a mentally deranged man was trying to kill him. When the officers reached apartment 213 to get the keys to the handcuffs, their regular day turned into a nightmare.

During testifying in court, Edwards revealed that Jeffrey Dahmer wanted to eat his heart. He recalls the apartment of horrors and confirmed a terrible smell was everywhere. Jeffrey had assured him it was nothing but rotten pig meat. Tracy Edwards describes the scene of how Jeffrey distracted and handcuffed him. Later on, he started chanting something and moving back and forth. It felt like his dark side as a sadistic serial killer had surfaced. He also mentioned that Exorcism 3 was playing on the TV, Jeffrey’s favorite movie.

SEE ALSO: Hunter Moore: The Most Hated Man On The Internet

Did Jeffrey Dahmer Eat His Victims?

When officer Mueller went to Dahmer’s bedroom to find the key to the handcuffs, his life turned upside down. He found 74 polaroid pictures of victims Jeffrey had decapitated, dismembered, and posed in disturbing positions. Objects like saws, hammers, restraints, and ropes were lying around to cut the corpses into pieces. The officer immediately took Jeffrey Dahmer in handcuffs.

Following the foul odor around the house, the officer checked the refrigerator and kitchen. To his shock, there were three severed heads in the fridge, a boiling brain in one pan, hands and feet in another, in the kitchen, and frozen muscles and limbs wrapped like a ham. Nearly 13 dead bodies were uncovered from the apartment, with male genitals preserved in saline solution, hydrochloric acid, and syringes. The bottom drawer had a full skeleton, and many cut limbs were in plastic bags.

Most victims were African-Americans or homosexuals, even though he never had racial intentions. His obsession was with the best-looking young men, and he found blacks attractive. A month before Jeffrey was caught, he mostly ate human flesh. Every officer who took Dahmer’s case had to undergo special counseling to recover from the horrific case and museum of dead bodies.

Dahmer once said it takes almost an hour to boil a human brain. He was calm and composed while sharing the details of his crimes. So, you can imagine how his interviews went. He admitted to having regrets. However, his obsession and fantasies were bigger than any remorses. Monster: The Jeffrey Dahmer Story takes a deeper route into Jeffrey Dahmer’s life from the very beginning i.e. his childhood. It perfectly shows how the serial killer’s mind worked and where it all began.

Jeffrey first started fantasizing about killing when he was 15, and it wasn’t long after that he found his first victim. Steven Hicks, who was also 18 years old like Dahmer, was his first kill because Jeffrey didn’t want him to leave. After killing him, he stuffed his body in the drain pipe. Shortly after, he joined the army and went to Germany. Due to his drinking problem, which he had since high school, he was thrown out of the military. It was later revealed that he would drug army soldiers and molest them.

He returned to Ohio after getting kicked out of the army, and the killing began again. Since then, he started reading pornography and visiting gay bars and bath clubs. That was his pattern throughout. Once he brought a man back to his hotel room, and with no intention of killing him, he woke up with bruises with the man’s dead body beside him. He drugged him and beat him to death with his fists. However, Jeffrey had no recollection of that night. He put the man in a suitcase, took it to his grandmother’s house, and cut him into pieces. That’s when the addiction grew even more.

The Case Of A 14-Year-Old Almost Zombie

Glenda Cleveland, the woman who had most of the idea about what Jeffrey was up to, also came across the teenage boy and tried to save him. However, she was black and Jeffrey had white privilege. He lied to the officers that the boy was in fact an adult and his boyfriend. Hence, the investigating officers led the half-conscious boy back to the serial killer’s apartment. Glenda also disclosed calling the officers plenty of times to complain about the screaming and machinery noise. But the incompetent officers didn’t listen to her.

What Did Jeffrey Dahmer Do With The Dead Bodies?

He wanted to keep his victims with him so much that he took photographs of them to remember their beauty and appearance. Dahmer kept their skeletons and planned to build an altar as well. Jeffrey also told the interviewers that he would eat his victims’ organs and parts to make him feel they were a part of him. He defleshed them and placed them in acid to liquefy them.

Jeffrey Dahmer said that becoming a serial killer didn’t happen overnight. He would view his victims as objects instead of living, breathing humans. It made his killings easier. During all his killings, he wanted complete control and dominance over his victims. Even after regretting his moves, his compulsive obsession only grew stronger. He felt evil and perverted. After his first killing, while returning from the shopping mall, he was also fantasizing about having complete dominance over a hitchhiker.

Jeffrey Dahmer began drinking heavily as a teenager. He was a college dropout. Dahmer was arrested for indecent exposure and fondling a teenager who later became one of his victims. He also tortured animals, took them to the woods, skinned them, slit them open, looked at the organs, and felt them. It was all very exciting and thrilling for him. In fact, he was arrested at least ten times for many of his crimes but not prosecuted.

Why Did Jeffrey Dahmer Kill 17 Men?

The real reason why Jeffrey Dahmer killed these 17 men wasn’t just alone the psychological disorder. It was simply negligence from the justice world. Drugging is a crime, but drugging anyone underage and assaulting them is a bigger crime. And when Jeffrey Dahmer drugged and assaulted a 13-year-old, the judge gave him a second chance due to what we still experience as ‘white privilege.’

When Jeffrey’s father wrote a letter to the judge requesting to put his son in a rehabilitation course as he had a severe drinking problem, he went unheard. The level of incompetence is what led to Jeffrey Dahmer freely killing 17 men brutally. He knew the law was a failure. And even though his grandmother and father had an idea of his wrong-doings, due to the lack of evidence, they could not prove to themselves that Jeffrey was in fact a murderer.

People have been blaming his mother for suffering from postpartum depression and leaving him forever. They blame his father for not being there for him enough or moving on with another woman. But Jeffrey Dahmer admits that it has nothing to do with what his family was like. He was very clear about his thoughts that he himself always was like that- a killer. Jeffrey also said that he was only afraid to be caught when he wasn’t committing any crime.

Where is Jeffrey Dahmer Now?

The man who seduced, murdered, and dismembered 17 young men, and engaged in cannibalism, and rape, was finally caught in 1991. In an interview, Jeffrey was asked if he would continue the killing if given a chance to walk back on the streets; he strongly emphasized yes. He was sentenced to 999 years of imprisonment. However, on November 28th, 1994, another prisoner beat Dahmer with a metal rod. Shortly after taking Jeffrey to the hospital, the horrible serial killer left the world.

What To Expect From Netflix’s Monster: The Jeffrey Dahmer Story?

I have told you almost everything about Jeffrey Dahmer and his evil actions. However, there is so much more to the story that you need to know. Netflix’s Monster: The Jeffrey Dahmer Story, a Ryan Murphy project, focuses on narrating through the eyes of the victims. So, the docuseries will be a mixture of the details I have given above along with victim testimonials, Dahmer’s childhood, and his parents.

Starring Evan Peters as Jeffrey Dahmer, the 10-episode limited series revolves around each crime Jeffrey ever committed and how due to white privilege and lax law enforcement, he managed to get away with most of his crimes, including the time when he was almost caught as a serial killer.

Evan’s fans post all over Twitter about his uncanny resemblance to the serial killer. They also appreciated his acting skills and accurate portrayal of Jeffrey Dahmer.

I don’t know about excitement, but I sure am up to watching another documentary revealing the face of a horrible criminal and watching him go to prison. And if you do not have the patience, there are several documentaries on Youtube, including the interview of Jeffrey Dahmer himself, where he talks about his criminal record. There is a movie, My Friend Dahmer, which is also about Jeffrey Dahmer.

8 thoughts on “The Real Case of Monster: The Jeffrey Dahmer-Release Date, Cast And Other Details”