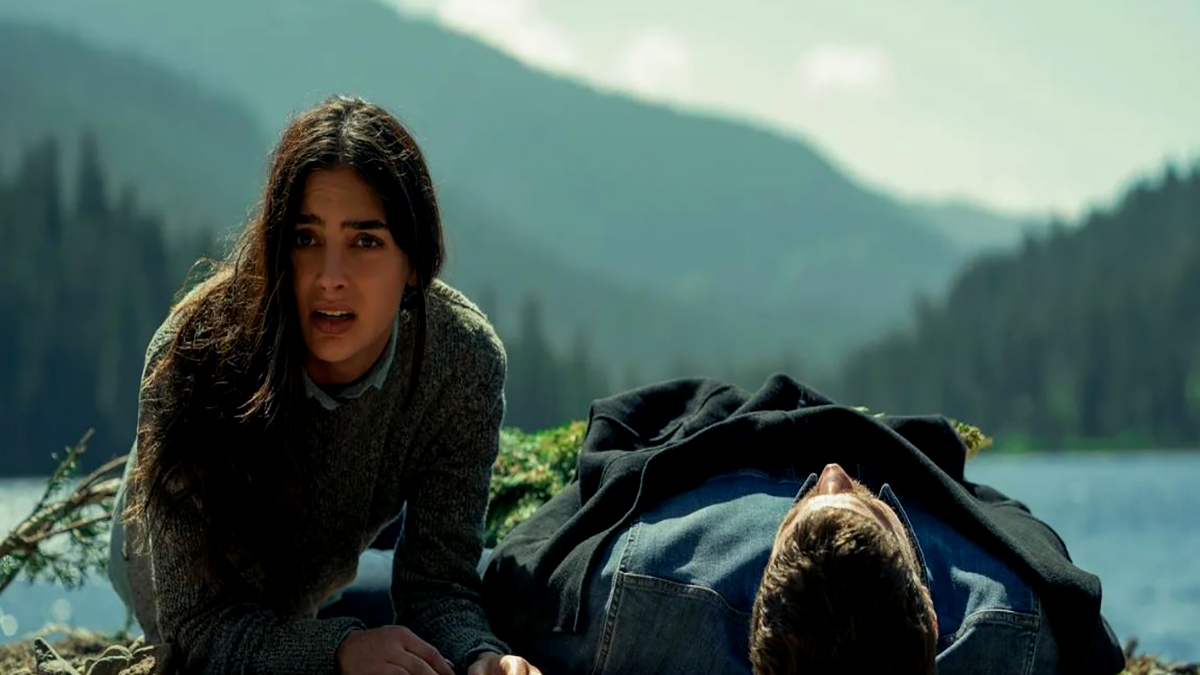 Netflix’s latest miniseries, Keep Breathing which premiered on July 28, 2022, is a survival story that focuses on the principal character Liv’s attempt to survive in the wild alone. The main character is played by Melissa Barrera. She has been a part of the Scream franchise and In The Heights after her debut in Vida. Since her debut, she has constantly risen with her acting skills and screen presence. The latest survival story on Netflix that runs for six episodes has a predictable plot line. It has been dragged, and Melissa has maximum screen presence in the story, which she pulls off skillfully.

The Plot of Keep Breathing:

The show revolves around Olivia Rivera. She is a popular lawyer in New York who was on her way to travel to Invuk. But, due to the delayed flight, she gets desperate and plunges on a flight with a National Geographic photographer Sam, played by Austin Stowell, and his pilot. She thinks about her life and is suddenly jolted awake when the plane starts going down and lands in the Canadian wilderness.

The pilot of the plane dies in his seat, and Liv somehow manages to pull Sam out and drag him into the shore. The following day dying, Sam tells her that no one was coming to save them because he wasn’t a photographer and the flight was never filed. To be more clear, Liv was on her own battling for survival in the adverse environment as the plane sinks into the water.

Interpersonal Twists Amidst the Canadian wilderness

The episodes slowly dig deeper inside her inner struggles and complicated relationship with her mother, Florencia Lozano. It also gives an insight into why she had to go to Invuk desperately. There were other characters like her boyfriend and father. And the show also explores the dynamics of those relationships. However, a significant part of the show revolves around Liv surviving in the wild, with Melissa Barrera taking the majority of screentime. Overall, Keep Breathing is an average show to watch after a list of survival dramas produced by Netflix.

The Ending is Predictable

The show’s ending is also very ordinary, without any significant plot twist. She finds closure in her strained relationship with her mother and is finally pushed by the vignettes of her past, where she decides to walk and let the tides carry her. There was a beautiful montage series of her possible future, where she sees herself delivering a baby. Although realistically, it might be impossible for the baby to stay alive.

Now, we need to find out the plot’s direction and the significance of those feedback by Sam. Why was she going on the trip? Why were her parents always on her mind? What were Sam and the pilot doing in that plane? It appears they were on some dangerous mission, but that part is unclear in the show. Why does her mind keep returning to the death of her doting father and her absent mother?

SEE ALSO: My Next Guest Needs No Introduction with David Letterman

The Plotholes of Keep Breathing

Some major plothole that makes the show unrealistic and unconvincing. Liv, who proves herself capable enough to detect which berries are edible, burns cash even when there was plenty of wood around. She even dumps her medication with confidence despite the wilderness around. There is also no explanation as to why nobody came to find them and why Sam was so insistent on repeatedly telling her that she was going to die. As per the narrative, she had no personal connection with Sam before the plane ride. So, it served little purpose to the narrative.

On the brighter side, Keep Breathing is a visually pleasing show with fantastic acting skills and scores. One of the best parts of the show is that it has compact episodes of 30-40 minutes. Basically, you don’t see her surviving in the wilderness for hours. But overall, it fails to deliver anything new. The ending is also quite predictable, making the show an average watch unless you have anything to watch over the weekend.

One thought on “Netflix’s Keep Breathing is An Average Show”