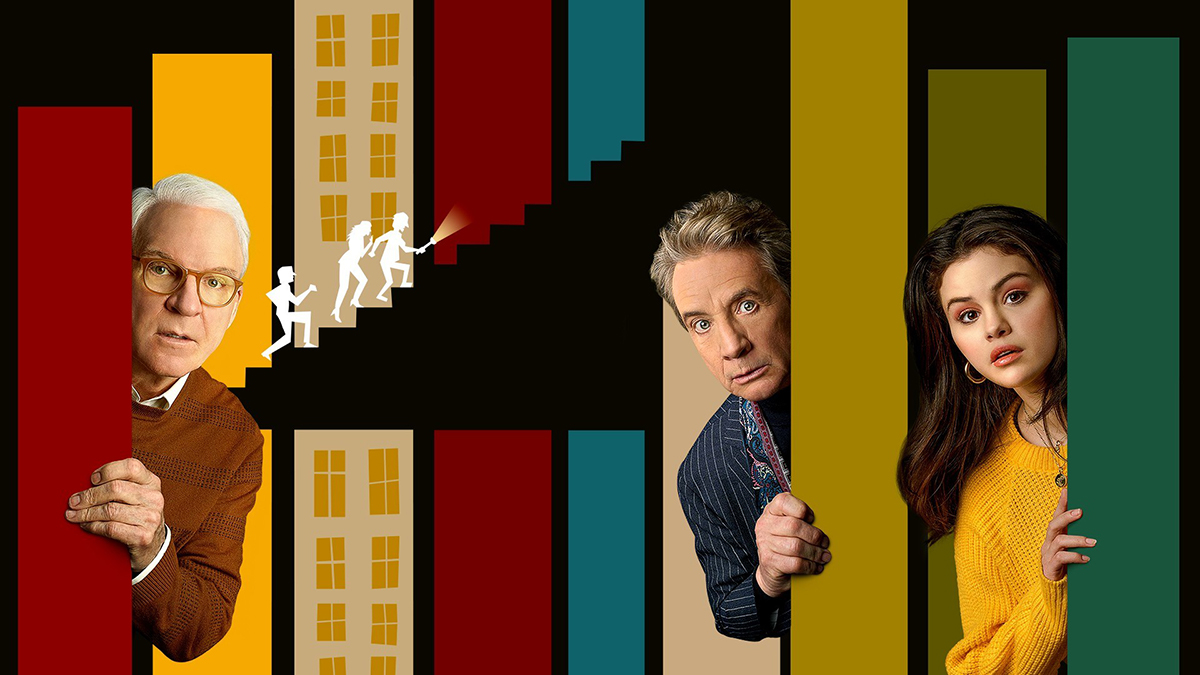 As someone who has invested time and money to set up a podcast channel, I could understand what lured Mabel, Oliver, and Charles went through in the world of podcasts. I am someone who has dug deeper holes into controversial murder mysteries. I have found plots out of thin air. And that’s why I knew that Only Murders in the Building was curated just for me.

I took a plunge, thinking that even if the plot is not as thick as hot soup on a cold day, I would gladly stare at Selena and make do with the time I had to invest in the series. If Selena’s role is too short, there is no harm in enjoying the camaraderie that Steve Martin and Martin Short share on screen. And I am happy to inform you that- Only Murders in the Building did not disappoint me.

A brilliant series with an immersive quality and a journey that is not solved yet, but definitely is intriguing. It’s nothing short of a masterpiece compared to some of the Young Adult series I have been watching while working. Created by Martin Short and John Hoffman, this crime fiction melts your heart. It simultaneously brings up many intrigues.

SEE ALSO: Why Have Podcasts Become So Popular?

The Plot is simple. Three Strangers living in a building called Arconia in New York, from different walks of life, are aggressively passionate about a crime podcast. They find themselves in the middle of a pickle- a murder in their building. As Charles Haden Savage of Brazzo’s fame, Steve Martin is an actor trying to relive his golden era.

Martin Short as Oliver Putnam, a broadway director whose character is more significant than life. And his imagination is even bigger but a raging hole in his pocket. He is the one who initiates the bizarre idea of creating a podcast surrounding the murder of a young boy in their building with his neighbors.

Selena as Mabel Mora- a young woman who is a little distracted. She finds friendship in her friends who are slightly older than her. But they were clever nonetheless and absolutely adorable. She has a past. But her friends try their best to bring her out of her misery by helping her find an answer to a question that unfolds many mysteries. How do they do that?

Oliver Putnam, Martin Short, and Mabel started a podcast channel called Only Murders in the Building. They then figured out how to make it popular and make their voices heard.

Other characters include- Nathan Lane as Teddy Dimas (part producer, part suspect at one point of the murder), Tina Fey as Cinda Canning (the famous podcast host of the true-crime podcast the characters are in love with), Julian Cihi as Tim Kono- the one where the problem started (the murder victim).

The most important character among them all is the Arconia building. Like Sex and the City had used New York as their 4th character; like Gossip Girl had Upper East Side; Only Murders in the Building uses Arconia as a fourth character that binds them all, gives them purposes, and brings them closer as confidants.

My Honest Opinion of the Series

Only Murders is the immersive world that will take you on a rollercoaster journey. Yes, there is murder, and there are subplots that involve distress and a lot of sadness. But it’s like a teddy on a scary night, something that you can hold on to for a while and find comfort.

So, I know what it takes to build a podcast channel. I had one. So, I know where Oliver is coming from when he is trying to hold on to every single word that makes the podcast intriguing.

Like Martin trying to curate his past and find joy in the mundane carefully, the pandemic has stuck me in a room and made me find joy in the ordinary. Like Mabel, who is trying to find companionship and answers as to why she cannot move from the past, I, too, have stories that I am trying to run from. I am not saying I am the only one who resonates. I am saying that no matter who you are there is something for you in these characters.

There are small trajectories in the sense of a sub-plot that binds the story in the most excellent way possible. But it also shows many of the characters’ humane sides. The story is so immersive. You might not have a clue that a character who had captured the frame for a few seconds would be necessary for an entire episode. And then you get to see the world through their eyes, or should I say ears? You will know when you will know.

I am watching episode 7 as I write this and do not want to finish it. This series is too nice and warm to get over so soon. The clothes are the embodiment of the character’s being. Every single shot is meticulous and slightly haphazard at times to ensure some characters’ brilliance and characteristics.

There are plotlines you cannot just hear but have to see. Somewhere you cannot just see but listen to, and some plot-line that is convoluted but all make sense. These stories have been weaved in a perfect harmony that will melt your heart and give you relaxation even on a Tuesday evening. That’s when I find I find time to watch the series. It’s just something that I need when I am stressed, and I am confident it will help you too.

2 thoughts on “Only Murders In The Building”