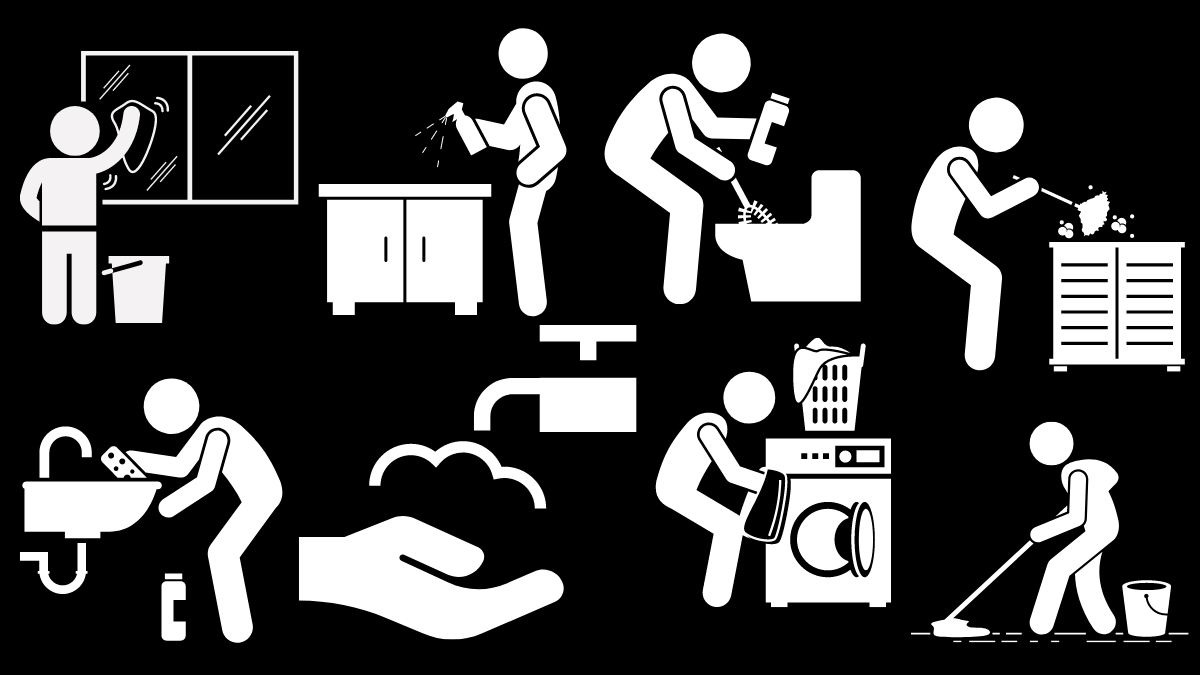 We all know how tough last year was. Tough is such an understatement! Confined to homes, with the ever-lingering fear of something minuscule yet potent from the outside! At least for the introverts inside us, the endless amount of content we get to consume can keep us entertained. You just need to subscribe to or own this stuff. SO, the pandemic has tested all of us in plenty of ways.

But for people already anxious about the notion of germs being on everyday objects, it’s a struggle to live life on the inside— especially when doing something as mundane as consuming Netflix and general chilling. I’m not professionally diagnosed with any OCD-like mental illness so far, but the events of 2020 made me exhibit germaphobic behaviour that hampered my already-introverted lifestyle.

How It All Began?

I was morbidly excited to finally have ample time to explore and expand my love for films last year. I’m a self-described film buff, so I treated the catchup as an opportunity. Ghost World and Fugazi’s Instrument were great starters.

I overthought a lot during the pandemic. Yes, I overthought to the point that I started disinfecting my own materials on an obsessive level (even my laptop and my 3DS). I showered for 3 hours a day, applying strict methodologies to simple tasks like touching a light switch (long story).

Every time I stare at an object for long periods, it felt like a David Lynch-like buzzing soundtrack was in my head, as it’s compelling me to disinfect it for an hour. My daily routine turned extremely tedious and slow. And all my thoughts went into “indoor survival”. Even my diet has changed, only eating one meal a day due to fear of kitchen germs!

The Pandemic Stress and Mental Health

I know I’m going confessional here, but the drastic changes I put in my routine last year, and the pandemic as a whole took a mental toll on me. I have my reasons why I think it’s rational (and I still do as this pandemic still goes on). The satisfaction I get when I feel when I finally disinfected an object is indescribable. And after a year since the lockdowns started, I’m already used to my strict routine.

But it did burn me out hugely during the long transitional year of 2020. It burnt me out to the point where I became scared to touch my laptop for weeks, to go downstairs and spend time in the living room for about a year. It wasn’t just germaphobic fear too, it was also just feeling dead tired from my overthinking routines.

With most of my days spending time obsessively fearing if a strand of hair touched a countertop in the kitchen and feeling tired of overthinking about it— I just couldn’t do my hobbies as usual. I couldn’t do anything relating to passions. And cinema was one of those passions affected.

I started asking myself “How am I progressing as a film buff if I can’t even watch a movie without being distracted by the strict routines and germs?” Even that shallow question burnt me out with insecurity!

The Creeping Fear of Missing Out In Pandemic

When it was the end of the year, it was the unofficial time to show off your Letterboxd lists to other filmaholics alike, as in that business card scene in American Psycho. Lists of what you watched and rewatched during the year. I was part of a film enthusiast group on Facebook.

Anxiety was buzzing. Only 24 new films throughout a dead-ball year? All because I was spending too much time in germaphobic obsession? I was sweating like Patrick Bateman. Yes, it’s such a shallow problem to feel anxious about and the whole list thing is laughably pretentious. But that’s how much I love films (long story). I just kept shaming myself for obsessing over minuscule details. I over unsprayed parts of my bedroom and bathroom instead of obsessing over films.

Opening Up About the Real Problem

I got insecure looking at lists that had like 70+ movies. Come And See, Barry Lyndon, all the pompous Criterion boxes. I posted a confessional in that same group that same month, explaining how the condition I developed over the year put me out of function, to the point where I couldn’t be comfortable watching movies. I even confessed that I was burnt out in watching content despite not watching that much. Then a comment hit me. “You shouldn’t cry over not consuming content.”

Numerous comments were supportive. “Taking care of yourself is better than being such a criterion completionist,” suggested one. At least, that alleviated my insecurity and made me realize that I should focus on making that routine more manageable and productive instead of being clouded by thousand-yard stares over what to do and the insecure anxieties and doubts that come with it. Film viewing was not a lingering obligation for the time being, and it felt fine.

Dealing With My Anxiety During The Pandemic

That confession did help me out a bit in coping with my condition, cathartic even. I felt less pressured to overthink whether or not to sit on the living room couch and watch or not (because of germs).

As I got used to the pandemic, it feels mundane now. I still overthink and stick to my routines, I still apply the basic protocol when going outside (always wear a mask until it’s all done). But I think I lessened the strictness of my indoor routines. Now, I feel comfortable spending time in the living room. I just have to shower whenever I come back to my bedroom, even if I just stayed in the household all day.

I think the overall “I got used to it” mentality made me alleviate my anxieties. But I think there’s more to that. Going back into film this January and being comfortable in the escape of film did a great deal in my alleviation. New Year’s Day 2021 was such a clean slate, I didn’t have to worry about my insecure-ridden shallow Letterboxd lists and the pandemic as a whole; I can start fresh.

Overcoming My Fear and Getting Back to My Routine

Recent video game habits did help me out in overcoming anxiety and being comfortable with my indoor environs too, but I wouldn’t recommend it for productivity (obviously). Having daily lunches with the people in the household did help the alleviation; then again as an introvert, it does get tiresome. At least this tiredness doesn’t stem from the obsessive fear of COVID-19 this time.

The combo of reading and coffee/tea brewing are great things to do too. Tea brewing is one of the simple skills I developed last year, and it did help take anxieties off. But it does wear off, its effects. I did coffee brewing this January, due to my peaked interest in filmmaker David Lynch and his love for coffee. Coffee does help stimulate concentration for other hobbies and even my routines too.

I guess added concentration replaces anxieties, thus alleviating the strictness of these routines. Committing to David Lynch’s Art Life mentality of drinking coffee, smoking, and painting did help me be productive this year despite weird routines (Actually, I only did the coffee part, I can’t paint and, I don’t smoke).

The online therapy sessions, mindfulness, and breathing exercises helped a ton too, but I don’t want to get into it since it works for many people.

I still do my weird routines. I still get some bouts of overthinking, but now in a more manageable manner, as I’m getting used to the New Normal.

The relief of not needing to complete superficial obligations, new hobbies, mindfulness, and breathing exercises, and the overall feeling of New Year’s Day 2021 feeling like a clean slate (unlike other New Year’s Days) did help me out in at least minimizing the stress in my “new normal” routine; and minimizing that stress is such a key to help me feel worry-free whenever I come back to my film-watching habits and other hobbies.

One thought on “Overcoming Germophobia in a Pandemic Burnout World”