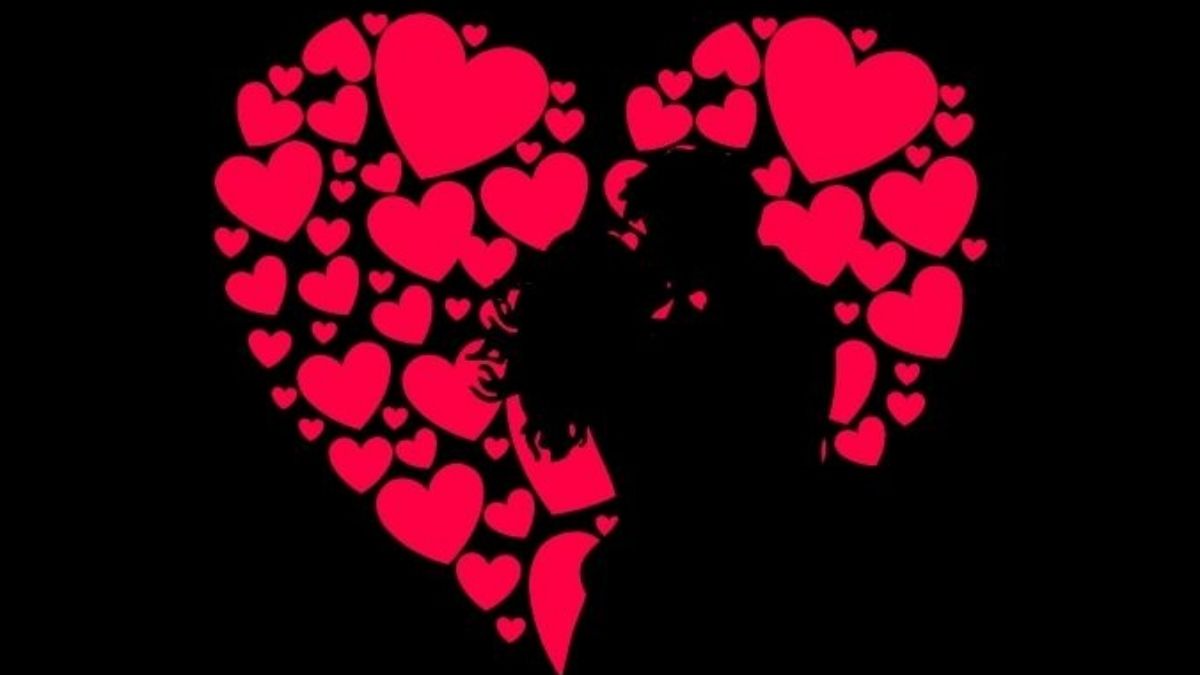 Taani and Rey are childhood friends. When Taani was one year old, her parents passed away. Since then, Rey’s parents raised Taani as their daughter. In school, Rey always stood up for Taani; also, he was very possessive of her. Rey and Taani had feelings for each other, but they never expressed them.

Taani was excited because today was her 18th birthday and because she was going to confess her love to Rey today. Taani was walking to her room, but she suddenly stopped mid-way when she heard Rey’s parents talking about her. When Taani listened to what they were talking about, tears started forming in her eyes.

RF: We should tell Taani the truth today.

RM: Taani is an emotional girl; would she be able to handle the truth?

T: What truth do I need to know about?

Rey’s parents were shocked to see Taani in their room.

After lots of hesitation, Rey’s parents told Taani about her birth parents and how they adopted her. As soon as Taani heard the truth, she ran out of the room crying. While she was running, Taani ran into someone; the person was none other than Rey. Rey was shocked to see Taani crying on her birthday. Taani was looking forward to her 18th birthday.

“Hey, what happened? Why are you crying?” asked Rey while hugging Taani.

“Rey, did you also know that I was adopted?” asked a devastated Taani.

Rey was surprised to know that his parents told Taani the truth. Rey was scared to tell Taani that he knew the truth all along.

“Yes, I did know all along, Taani,” said a hesitant Rey.

Taani pushed Rey away from her and ran into her room while locking the door. Rey was really worried for Taani, so he ran behind her and knocked on the door.

“Taani, I am sorry that I didn’t tell you the truth; please open the door,” said a worried Rey.

“Rey, I don’t want to talk to anyone, so please leave me alone,” said a heartbroken Taani.

“But I am your best friend, so please forgive me,” begged Rey.

“Rey, best friends never hide anything from each other,” yelled Taani.

“Taani, I was going to tell you, but my parents made me promise that I won’t tell you,” said a crying Rey.

Taani ran out of the room and hugged Rey tightly while crying uncontrollably. Rey started rubbing her back so that Taani would calm down. When Rey felt Taani’s hand slipping from his back, he broke the hug and found an unconscious Taani. Rey carried Taani to his room and laid her down on his bed.

After making sure Taani was comfortable, Rey called their family doctor. When the doctor arrived, he checked Taani’s temperature and gave her an injection due to a high fever. Before leaving, the doctor told Rey that Taani had a high fever and hadn’t eaten anything since last night.

Rey was with Taani the entire night, and he did not realize when he went to sleep. The following day Rey didn’t find Taani. Instead, he found a letter on the bed with his name on it.

Thank you much for taking care of me last night. I am sorry for yelling at you last yesterday. Rey, I am fortunate to have a best friend like you. Thank you for being there for me and always having my back after my parents passed away. When you find this letter, I would have been gone by then. The last thing I wanted to tell you is I love you! You will be the first and last guy I will love! Goodbye Rey, take care of yourself!

In the last two years, Rey has been in touch with Taani through phone and emails, but sadly he has not been able to locate where she is living. All these years, Taani has been living in a hostel. Ever since Taani left, Rey stopped talking to anyone, including his parents.

Today was Rey’s birthday, and Taani thought of surprising him by visiting Rey at his house. Taani was feeling nostalgic about seeing Rey after two years. Taani already informed Rey’s parents that she is coming, so they planned a four-day trip to their Mumbai guest house so that TaaRey will have privacy. Before reaching Rey’s house, she made him head out of the house by giving Rey some work to decorate the house for her surprise. After Taani finished decorating, she told Rey to go back home.

When Rey entered his house, it was dark, as if there was a power cut. Suddenly, the lights came on, and in front of Rey, a projector with pictures of TaaRey played. Also, there was a big banner which read: ‘Happy Birthday my love’! Rey thought this was his parents’ way of saying sorry to him, so he was about to head to his room when he suddenly heard a familiar voice after two years.

V: Happy birthday, my prince charming! I hope you loved the surprise! During these two years, I have missed you a lot. I am sorry for leaving you without even meeting you one last time.

When Rey turned around, he was surprised to see his ‘Angel’ Taani standing in front of him. Rey ran and hugged Taani as if today was his last day on earth. Both Taani and Rey became emotional and started crying.

R: Taani, why did you leave me, your best friend?

When you left, I felt as if someone took away my life from me.

Taani didn’t know what to say, so she kissed him on his cheeks and told him to wait in his room while preparing dinner. When Rey went to his room, he thought of confessing his love to Taani in a romantic way, so he started decorating the room.

On the other hand, Taani finished cooking, and also she baked Rey’s favorite chocolate cake. Taani and Rey had dinner, and while eating, they caught up with everything which happened to each other in these two years. For the dessert, Rey cut the cake, and each other fed the other person. After the yummy dinner and dessert, Rey carried Taani in his arms to the bedroom.

Before entering the room, Rey tied Taani’s eyes with a silky cloth. Rey’s heartbeat was beating so fast as the minutes passed. The time has finally come for Rey to confess his feelings to Taani.

T: Rey, please remove the cloth; I cannot see anything!

R: Sweetheart, don’t worry, I am there with you.

When Taani entered the room, she felt something soft under her feet. As soon as Taani’s eyes opened, she saw the entire room filled with rose petals and TaaRey pictures.

R: Taani, I wanted to confess something to you!

(Rey made Taani sit on his bed while he kneeled in front of her.)

Taani, ever since our college days, I have always liked you. I always thought that I just had a crush on you, but after you left me, I realized that it was love all along. I love you a lot! Please never leave me again and go!! I will die without you!

(Rey felt something dripping on his hand, and when he looked up, he saw Taani crying.)

Taani, why are you crying? Did I say something wrong? Please stop crying!

T: Rey, these are tears of happiness. I love you too Rey! I will never leave you again because I cannot live without you. I was planning to confess my earlier, but I was scared. I feel so blessed to have you in my life!

As soon as Taani finished confessing, Rey pulled her into a very tight hug!