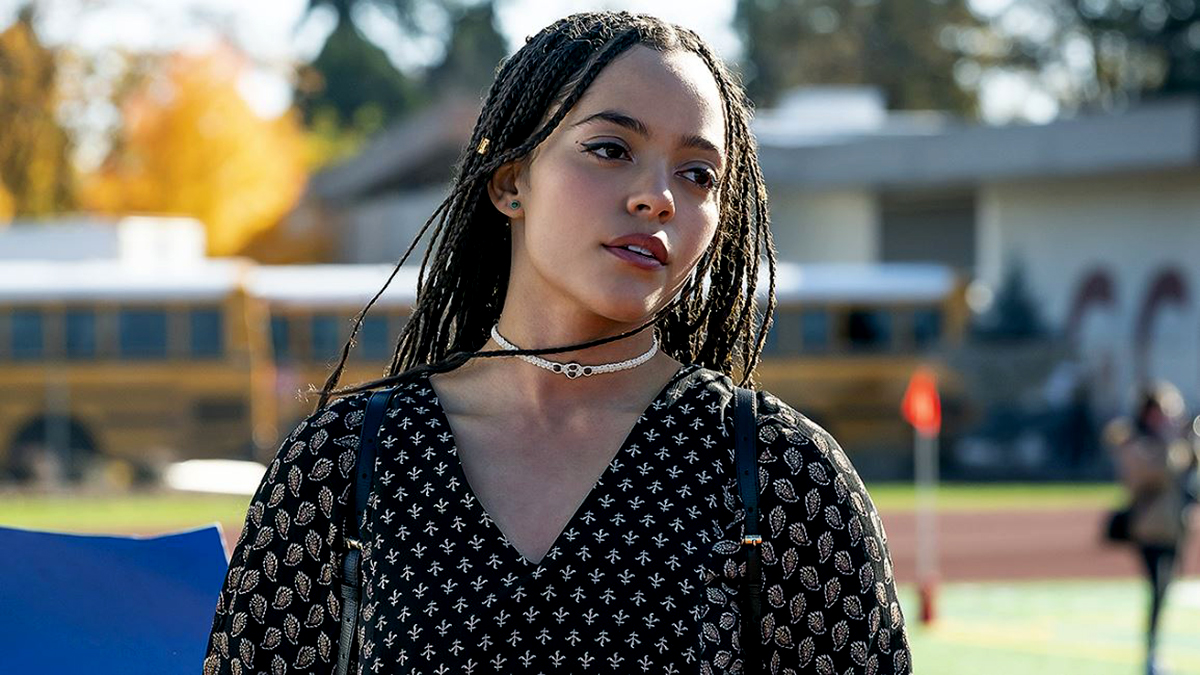 Quintessa Swindell, who is only 25 years old, is swiftly establishing a reputation for themself in Hollywood. From their first starring as a lead in Netflix’s Trinkets to DCEU’s Black Adam, they have undoubtedly gained everyone’s attention. But Trinkets wasn’t Quintessa Swindell’s debut. Yes, you’ve seen them before.

Swindell made their acting debut in 2019 portraying Anna in the episode “The Trials and tribulations of Trying To Pee While Depressed” of the HBO television series Euphoria. Well, they only appeared in one episode. But it was enough to bag them a lead role in Trinkets as Tabitha Foster. This is merely a facade. Let’s look into the life of Quintessa Swindell and see what an inspiration we are dealing with!

Quintessa Swindell is from Virginia

Raised by a single father, they hail from a tiny town in Virginia. This indicates that they lacked the kind of support from the community that someone who grew up non-binary may receive in a larger city with a lot more diversity. In fact, Quintessa was a selectively social girl as she experienced partiality due to their gender and race. They even claimed that they had to leave their little village to eventually meet a group of supportive people.

After moving to New York to study the BFA program at Marymount Manhattan College, they felt a sense of inclusivity. They didn’t even know that people like them existed as belonging to the LGBTQ+ community was a taboo in Virginia. Quintessa felt stronger being surrounded by people alike. “For me at least, as soon as I found out who I was, I wanted to retain that and hold on to that because it seemed like the most solidified thing in my life that I had discovered and felt,” said Quintessa in an interview.

Quintessa Swindell is non-binary, which is just a word for someone who does not identify as either a man or a woman. Swindell uses the pronouns they or them rather than he/his, or she/hers.

When asked about it in an interview, they said, “I use they/them/theirs pronouns. I feel as though there is an absolute necessity, given the current political climate, to draw focus to the many queer communities that lack representation on television and in film. Without proper representation for queer communities, people who are exploring their identity can be pushed to the side. In my experience, if I had not moved out of my small town and found a way to be surrounded by queer people, I would not be who and where I am today.” Even Quintessa’s best friend is a black trans woman.

Swindell is not looking for petty, pointless roles right now. They have a dream role in mind and are looking for major roles at this point. When asked about their dream role, they said that they would love to play Angela Davis in a 70s Civil Rights film or television production that delves deep into the topic and highlights the significance of that era.

The American actor and LGBTQ+ activist also focus on advocating for people’s rights and justice. Quintessa aspires to bring change in the community by raising awareness about non-binary people. In fact, she openly spoke about Hollywood’s need to start the difficult conversation about diversity and marginalized voices. Good luck, Hollywood! We believe Quintessa is unstoppable.

What are the Other Roles Played by The Actor?

Swindell played a character in the Tye Sheridan and Colin Farrell starred movie Voyagers. They were chosen to play Cyclone in the DCEU movie Black Adam, which stars Dwayne Johnson as the main character. Additionally, they made appearances as Laila in season four of the HBO series In Treatment, which aired in 2021, and as Amelia in the 2021 film Granada Nights. Swindell most recently appeared in Paul Schrader’s Master Gardener. It had its world premiere on September 3, 2022, at the 79th Venice International Film Festival.

The Actor/Activist’s Fight with Racism

Quintessa Swindell’s childhood was mostly about trying to fit into different groups and struggling to self-identify. Belonging to a mixed race, they often felt either too black or too white for certain groups. Sometimes they could not relate to the people’s choices and way of living. That is the reason why Quintessa was an introvert for most of her life until they joined the theatre in a school in Virginia. Swindell knew since then that it wasn’t the theatre they loved but the film. They knew this was the career they needed to pursue and nothing else became a priority for them.

Experiencing racism all their life, but after becoming a game-changing celebrity, they still faced racism several times. They recalls being followed in the makeup aisles and people pretending to do something else while they were actually checking on them and assuming they was a thief as they was black. They can easily relate to their role as Tabitha as the character was also racially profiled in an episode of Trinkets. Hence, the actor advocates for people around them and across the world to make sure that such social issues come to an end one day, or at least they are rightly showcased in the film industry.

Parent separation – check; experience of an abusive relationship – check; racially profiled – check. The three issues that perfect the character of Tabitha in Trinkets felt like a connection as the actor made sure to send the message effectively. They could easily relate to each aspect of Tabitha’s character and the social issues they was dealing with. Quintessa opened up about being raised by their father who was responsible for their love for acting. Thanks, Mr.Swindell!

They recall their friends in Virginia and how some of them were emotionally and physically abused. They could feel their trauma and bring out that pain in Tabitha as the character was in an abusive relationship. Talking about racism, Quintessa has found themself a safe community where they can relate to other people going through the same problems. Based on what happened with them several times, Tabitha’s character had to be perfect. Quintessa shot that particular scene over 50 times to send across the pain of racism and that people going through it are not alone.

What Does Swindell Have to Say About Their Upcoming Movie, Black Adam?

Quintessa Swindell is excited and talks about their character, Cyclone, “She has the power to harness and manipulate the wind. She also has this aspect of her where she can control nanobots, and she has that technology as well.” Although Cyclone is said to be able to control nanobots, it is unclear how the superheroine would put this power to use.

But we are sure that Quintessa can pull off their role as Cyclone as she is one in real life as well. Guess we’ll have to wait to watch the movie and find out for ourselves. Okay, now a serious question. Are you more excited to see Quintessa as Cyclone or you are simply excited for the movie? We are more excited to see Cyclone as we are sure that the actor can bring out something relatable through their character and leave the world astounded with their performance.

Diversity and representation are growing in the film industry. Yay!

7 thoughts on “Quintessa Swindell: Shocking Facts About The Trinkets’ Star”