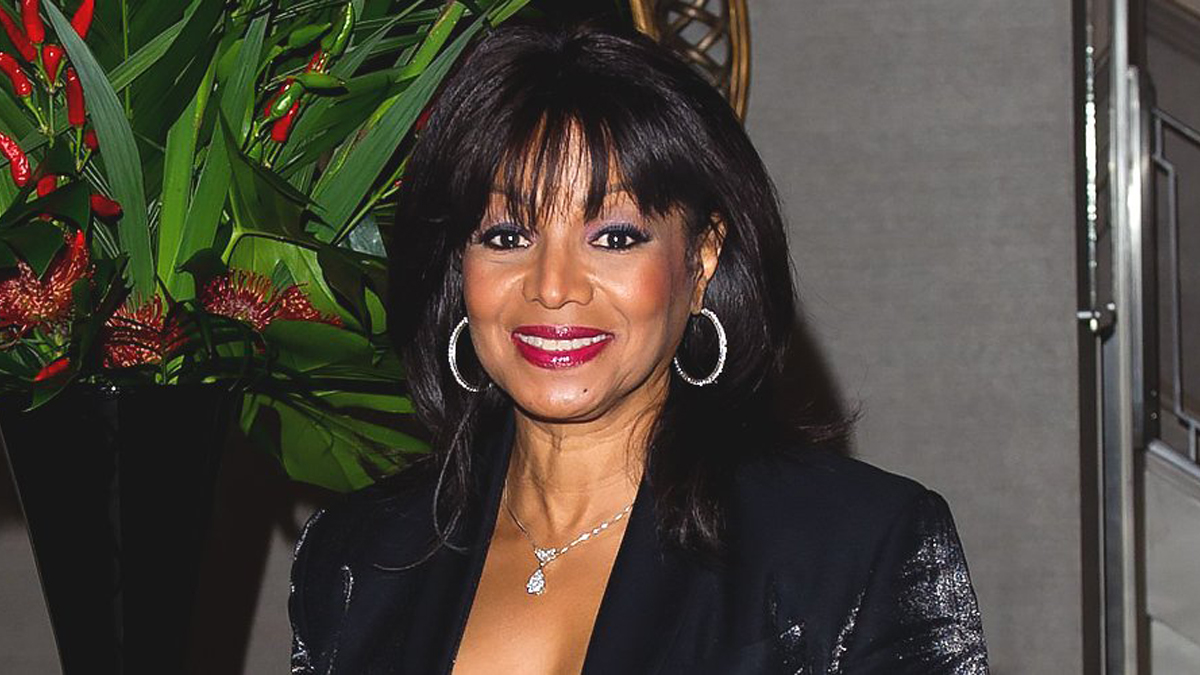 Being born into a famous musical family and having Michael Jackson as your brother is never easy. I agree that it gives you an edge over others in terms of exposure and easy access to different opportunities. But you also feel a lot of pressure to live up to the expectations. The person in question here is Rebbie Jackson, the sister cum second mother of the late “King of Pop.” Certainly not the most famous Jackson name you will hear in the media. But undoubtedly, she is a beautiful, loving soul and a great singer. Here’s more on Rebbie Jackson.

Maureen Reillette “Rebbie” Jackson-Brown was born in Gary, Indiana, on May 29, 1950. Her mother, Katherine Esther, is a religious woman and follows Jehovah’s Witness, while her father, Joseph Walter Joe, worked at a steel mill. He was also a musician who performed with his brother Luther in an R&B band called The Falcons.

Rebbie is the firstborn of the Jackson family and has 9 siblings. They are Jackie, La Toya, Michael, Janet, Brandon, Jermaine, Randy, Marlon, and Tito. Sadly her baby brother Brandon died shortly after birth. And her renowned brother Michael as we all remember left for the stars in 2009. As far as education goes, Rebbie completed her graduation from Theodore Roosevelt High School in 1968.

SEE ALSO: Everything You Need To Know About Jarnette Olsen

Do You Know She Performed Mommy Duties Ever Since Childhood?

When you have a responsible older daughter, things become a lot easier for mothers. Probably that’s what drove Katherine to join school while Rebbie took care of her siblings in mom’s absence. Don’t mistake them as rumors. Rebbie herself confessed to being “very much the big sister” who “helped raise a lot of them.” She even “administered the disciplinary action.”

Despite coming from a musical background, Rebbie didn’t initially want to pursue a career in music. Instead, she developed a stronger preference for family life. I guess that had a lot to do with her already being a mother figure to her siblings when Katherine was away.

At just 18 years, Rebbie made up her mind to commit herself for life to her childhood sweetheart Nathaniel Brown. Although her mother gave her the go-ahead, her father was adamantly opposed to the union. He hoped that his daughter will carry on the family singing legacy. And was so upset that he didn’t even walk her down the aisle.

Rebbie and Nathaniel were together for more than 45 years. Then cancer decided to snatch him away from her in 2013. They have three children, all of whom are living their musical dream. Daughters Stacee and Yashi have an X-Girls group called Geneva, while their son Austin is a singer-songwriter and producer.

Michel Jackson’s Sister Took Time To Recover From His Death

The world was shaken when everyone realized that their favorite pop sensation was no more alive to make hearts sing. And, for people directly close to him, things became even harder and “tough to escape.”

After a year later the legendary singer’s passing, Rebbie expressed how “difficult” it was “to listen to anything that Michael’s voice was on.” It continued “for a while” because “Everywhere you go — food markets, department stores, TV and radio — they are playing his music.” She was well aware that “her brother had a problem with drugs.”  And even revealed there were “many interventions by the family members, and I was involved in a lot of that.” But Micheal “was in denial.” Thankfully, time cured some scars.

Musical Contributions of Rebbie Jackson – Did Michael Help In Her Career?

After being dedicated to her family and children for several years, Rebbie made the conscious choice to start her singing journey. And who better to assist her than her loving brother Micheal Jackson? Rebbie’s first solo album, Centipede, released in 1984, was a hit. It secured the 13th position in billboard’s Top R&B/Hip-Hop Albums and 63rd place on their top 200 list. The prime highlight of the album was the song “Centipede,” which was penned, organized, and produced by the star himself. He, along with The Weather Girls, also backed the vocals. It is also worth mentioning that the entire album became a family affair. Her husband and other siblings also made notable contributions.

Rebbie released two more albums, Reaction, and R U Tough Enough, in 1986 and 1988, respectively. They received moderate success. Post that, Rebbie was on a break. Then she finally returned in 1995 with the “Forever Young” cover for the movie Free Willy 2: The Adventure Home. The album Yours Faithfully followed 3 years later in 1998 and was under Michael’s label MJJ Music. It had the remixed version of the famous “Centipede” song.

Rebbie Jackson has always kept her family above everything. But she is also a great singer in her own right.