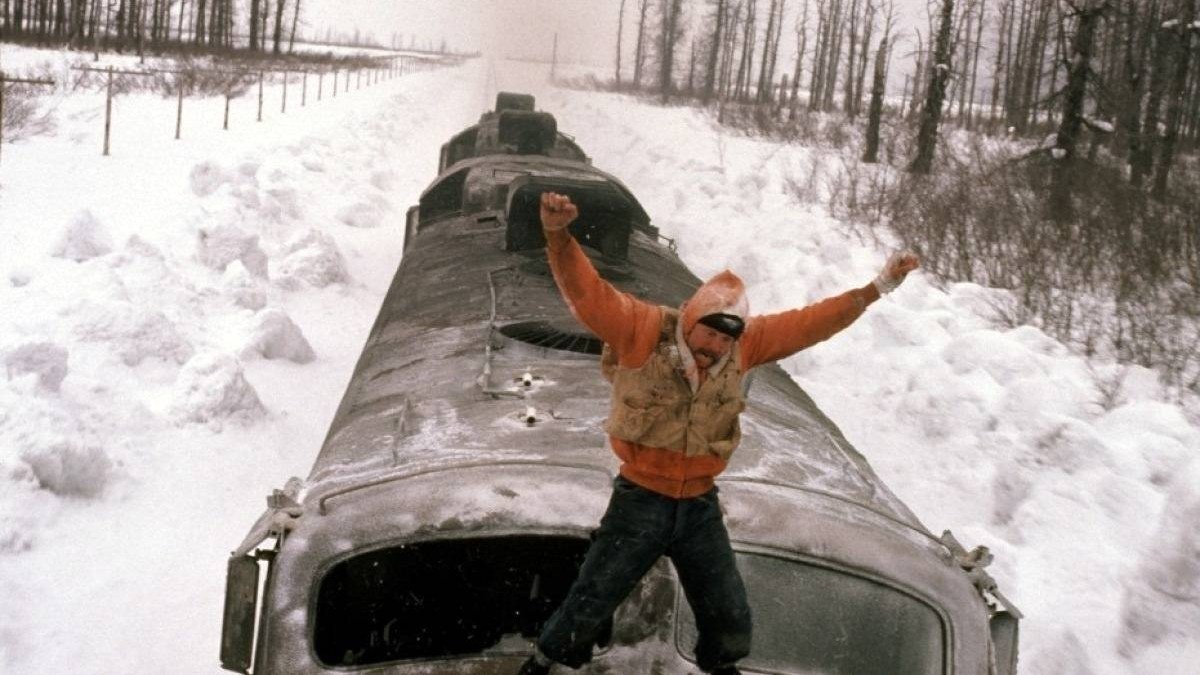 “Cinema is the most beautiful fraud in the world.”

Sometimes a film comes along that is so well-wrapped in the glitz of a genre that it takes repeated viewings to unearth the profundity and absolute wisdom that the picture is encasing.

Runaway Train could be best described as a film that Tony Scott would make after taking a year-long break and moving to the Himalayas to reflect on life, ultimately attaining enlightenment!

This is a film, part steroids and part acumen of a sage.

Script and Screenplay of Runaway Train

This thriller’s script was written by Kurosawa, Hideo Oguni, and Ryuzo Kikushima, but never saw the light of the day as a feature film.

The screenplay is tense and guarantees to bite your nails off at several junctures. What makes the film play out so well along with the tight screenplay, is the setting. The film was literally shot in Alaska’s cold area. While this may appear exaggerated, the film’s frigid surroundings will send shivers down your spine.

This film is a tour-de-France when it comes to writing characters. In spite of the lead characters not having a proper arc, we do not know the beginning-middle-end of the characters. But one can invest in them entirely due to the vivid humane motives each of them has been provided.

This makes the film tense and really makes you shiver in eagerness when a character climbs the top of the train, knowing that he might get mauled beneath the mammoth vehicle at any time; just one false step is all it takes.

The acting in Runaway Train is somewhat of a palette of sorts. The lead character, named Manny, has been played by Jon Voight ( father of Angelina Jolie ) with delicious wickedness, which becomes very personal as the layers wear off. In complete contrast with Voight’s acting style, Buck has been played by Eric Roberts. Robert’s acting annoyed me, which I subsequently realised is exactly how he speaks!

These two characters play two convicts who have successfully escaped prison and get atop a train only to realize that the vehicle is running sans a driver and might just crash, turn, burn. In addition to that, our men are constantly being pursued by a cop, played brilliantly by John P. Ryan. This should have essentially been a cat and mouse hunt affair, but what elevates it notches higher is the tight bond that you share with the characters.

Although very casual, the dialogues do let us see through the personalities of Manny and Buck. Manny’s character somehow represents the journey of a tyrant – a man having firm motives, tramping over the objectives and life choices of people around him, only to realize he is another cog in the wheel of this world. There is a scene, a monologue, in particular, you would know when it comes. That’s some Bravo acting for you.

The director, Andrei Konchalovsky, needs to be given credit to understand the conflict, and the game the characters are playing to delay their mortality. However, what Konchalovsky does very well is understand the real conflict of this straight-up action film.

As we gear for the finale of Runaway Train, something unexpected happens, something that comes at you with a jolt. I won’t reveal it, but it has a certain Shakespearean touch. An image gets embedded in the head, masterfully captured, and will continue to do so. And, in my opinion, the film succeeds when the visual speaks louder than the speech and continues to linger.

So, my point is why is this film so sinfully underrated?