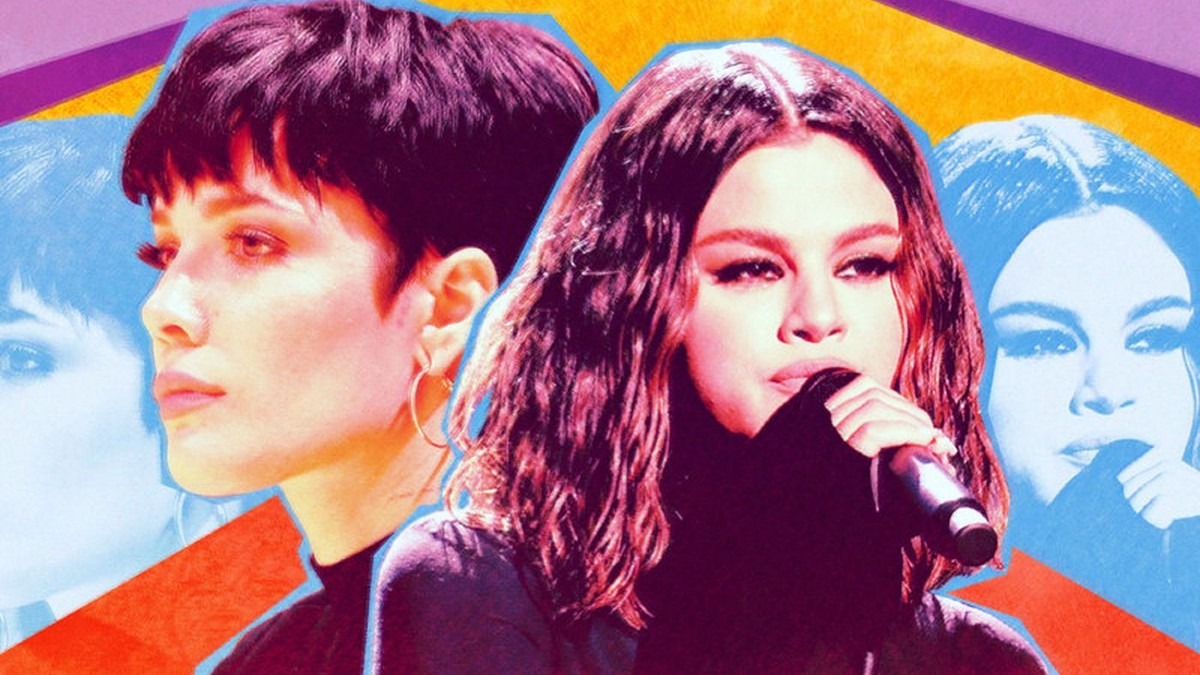 Selena Gomez and Halsey are both incredibly successful pop stars who have dominated the music charts and billboards through their popular hits. With songs like Bad Liar, Without Me, Lose You to Love Me, and Bad at Love, to their name, the two are famous for their artistic music videos and deeply meaningful lyrics.

These pop stars have publicly revealed that they have been diagnosed with bipolar disorder. They have spoken openly about their battles with mental health on multiple occasions. While Halsey created an entire album as an expression of her disorder, Selena Gomez founded a beauty brand to spread awareness of mental illnesses and evoke confidence in people through makeup. They are both incredibly powerful and talented women who have used their limelight for good and their art as a platform.

What Is Bipolar Disorder?

Bipolar disorder is a mental illness categorized by extreme manic episodes. It causes a sudden shift in one’s moods and behaviors, affecting their daily life and activities. People diagnosed with bipolar disorder describe it as fluctuating between different states, low and high.

The low phases can be depressive episodes where one doesn’t feel like getting out of bed, meeting anybody, or engaging in an activity. The high phases can be periods of high energy, extreme euphoria, and impulsive behavior. Even in such phases, people report that they feel depressed but they have a lack of control over their actions.

Bipolar Disorder affects one in every hundred people, making it a fairly common mental illness. However, it has a lot of stigmas attached to it. That is why people hesitate to reach out for help!

Manic- An Expression of Halsey’s Disorder

While the word manic is associated with insane or unhinged, Halsey reclaims its meaning and power through her album Manic. Released in 2020, she used this album to describe the mania of her bipolar disorder.

At the age of 17, Halsey was diagnosed with bipolar disorder. Ever since then, the singer has battled with her illness and revealed how it was like growing up with it. She devoted Manic to her disorder because she wrote it while she was having a manic episode. Every song on it is incredibly personal, with the first song being named Ashley which is her real name.

Manic has an intimacy attached to it. Halsey reported that in this album, she did whatever she wanted with the lyrics and singing. She made sure that no two songs were similar to each other. They were each about a different emotion. The album goes from songs that you can scream your lungs out to songs that would make you sit back and reflect on yourself. Describing it as an album that changes its mind as frequently as her, Halsey created a piece of magic that especially helps those battling mental illnesses.

We can not always make sense of our feelings. The best thing we can do is create connections that make us feel less alone. Halsey did that through her music, by creating lyrics and chords that people understood and related to. She also proved that her disorder isn’t ugly, bad or any label it is given by those who don’t understand it. Her mania is beautiful and powerful and makes her who she is.

Selena Gomez has been a star since she was a child. With her Disney show, Wizards of the Waverly Place, a lot of people grew up watching her and looking up to her. Because of her fame, the media and her fans have always subjected her to a very close lens. Gomez has often talked about the pressure she grew up with. While she is grateful for her supporters, her mental health does suffer because of the constant limelight she is under.

In April 2020, during a Livestream with Miley Cyrus, Selena Gomez revealed her bipolar disorder diagnosis. While Halsey found out at the age of 17, Gomez said that it was after years of visiting hospitals that she was diagnosed.

People with bipolar disorder talk about the importance of recognizing this disorder and knowing that they have it. Once they are aware of it, it is easier to act on it and take steps to improve their mental health. Bipolar is often accompanied by depression and suicidal thoughts, making it a disorder that requires people to use tools like therapy and medications to manage it.

Gomez has always been open about battling mental health issues. As a lupus patient, she has had to deal with anxiety and panic attacks. In 2020, the pop star released her make-up line called Rare Beauty, right after releasing her album Rare. The concept of both these projects was to build people’s confidence and remind them they are special.

SEE ALSO: Natalie Portman To Ariana Grande: Here’s Why Many Celebs Have Vouched For Veganism!

Celebrities have the power and platform to bring attention to important topics. Since they serve as role models for so many people, they can spread awareness on issues such as mental health.

By speaking about their bipolar disorder, both Selena Gomez and Halsey have worked towards normalizing mental health issues. Halsey transformed her mania by pouring it into art. Through the power of her songs, so many people will be able to understand the disorder more clearly. Gomez created an entire brand to help people battling mental illnesses.

Because of such incredible women, more people received help in their journey of healing. Bipolar Disorder needs to be destigmatized so that more people receive help and don’t feel the need to hide their pain. Click here to read more about it.

4 thoughts on “Your Favorite Popstars are Battling Bipolar Disorder”