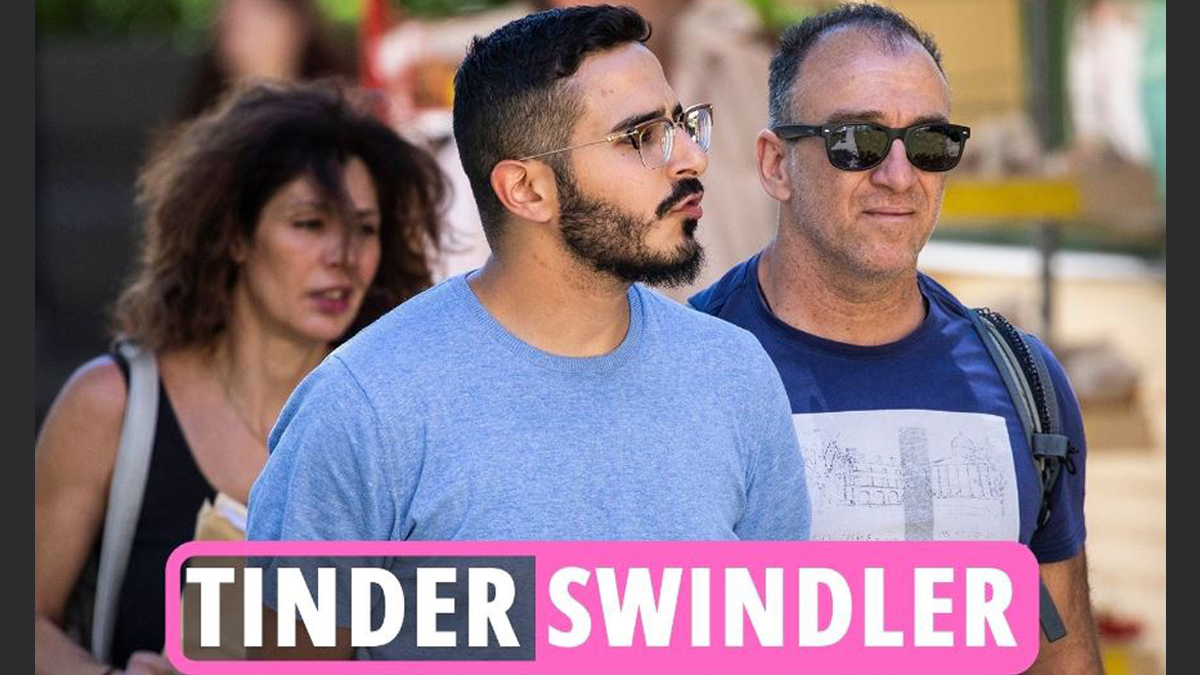 Disney movies have set expectations for relationships and love stories. Girl meets boy, they fall in love, the princess finds her prince charming, and the happily ever after. Simon Leviev probably used these movies and theories as a dart game. This man, also known as “The Tinder Swindler,” is no ordinary fraudulent.

The Netflix documentary The Tinder Swindler is based on the life of many victims, out of which, three spoke openly about Simon’s crimes. What’s best about the documentary is how unpredictable it turned out to be. Of course, judging by its genre, you know it’s a true crime story. However, to what level that’s surprising and may leave you with ‘Oh My God, Whaaattt?’.

Who is Simon Leviev?

Simon Leviev is the man who proved one swipe can change your whole life forever. Simon changed his name from Shimon Yehuda Hayut legally to pretend he was related to ‘the king of diamonds,’ an Israeli businessman Lev Avnerovich Leviev. Through his Ponzi scheme of pretending to be the heir of LLD Diamonds, he had manipulated women into giving him millions of dollars.

Once his criminal activities began unveiling, it was confirmed he started committing crimes in his teenage life. At 15, he moved in with a family friend and misused their credit card. He was also involved in cheque fraud, theft, forgery, and even fraud for cashing stolen cheques.

SEE ALSO: Hunter Moore: The Most Hated Man On The Internet

What is The Tinder Swindler Documentary About?

Everyone wants a complete package – good looks, great job, well-dressed, romantic, great listener, rich, etc. Another out-of-movie expectation. This full package was Simon Leviev for the three girls in the documentary. As they share their experience with the swindler, their interviews unfold shocking revelations about the conman.

Let’s begin with Cecilie Fjellhøy, whose love bubble Simon had burst. When she swiped right on Simon’s profile, it was an instant match. He asked her out for a coffee on Tinder, and Cecilie agreed. It was an innocent coffee at the Four Seasons Hotel. At least she thought so. She found him to be a curious man with questions and great listening ability. He told her he was Lev Leviev’s son, stating himself to be the CEO of LLD diamonds. She was impressed to see his all-in-one personality.

With his magnetic charm, he asked her if she would like to take the date further by accompanying him to Sofia, Bulgaria. She agreed to the spontaneous date. She returned to her apartment in a Rolls Royce to pack her stuff. It was pretty impressive.

After boarding his private jet, she met his former wife and two-year-old daughter. The single father made her feel like she was in a movie. They had a fancy dinner, sushi, caviar, and champagne.

While spending the night with him, she encountered marks on his back. He narrated his story of how he was in jail in South Africa on false pretenses. He further disclosed that he was manhandled in prison for being Jewish. That melted her heart, and he sure gained a lot of sympathy from her. She was drawn toward his innocence and vulnerability and felt an emotional connection.

The romantic conman knew how to honey trap her. He would send her loving messages, facetime her, tell her he liked her, and ship bouquets and gifts. He was perfect enough to fly to her hometown Oslo just to meet her. Who wouldn’t want that kind of love?

Simon shared pictures of funeral flowers and threat bullets and said his enemies from the diamond business sent them. He told her he had high security with Peter as the head of it. He spoke to her about a 70$ million deal and portrayed a frightening picture of the diamond business.

One night Cecilie receives images of Peter physically hurt with a text, “if not for Peter, I would be dead.” She was terrified. The next morning he told her he could not use his credit cards as his enemies must be tracing his location. So, for security purposes, he got a Platinum Amex under her name and started using it. The card maxed out very soon. Simon asked Cecilie to travel to Amsterdam with 25,000$. That’s a lot of money, and she had to take a loan for it.

It happened again and again. The card would stop working or maxed out, and Cecilie would call customer care to revive it, pretending she traveled a lot. Now she had taken loans from 9 different banks and was panicking. She paid for his entire team for expensive dinners, business class flight tickets, and more.

Simon assured to pay back as 97% of his deal was done. He asked her to fly to Amsterdam to take the money back. She reached the apartment, and the cheque for 500,000$ was already there. Cecilie got back to London and tried to cash the cheque. Four days later, she called the bank, and they refused to cash the money. Simon told her he had done his part and could do nothing about it.

Although the love affair never started, they became close friends. She met him on Tinder. The rest of the pattern was almost the same. Calling her to an expensive hotel for a coffee, talking, introducing himself as the son of the diamond king. She went to Stolkholm to meet him. Pernilla too felt an instant connection with the fake son of the diamond tycoon.

They began talking, texting, and sending voice notes to each other. He even flew to have one cup of coffee with her when she was having a bad day. He called her to Mykonos, Greece, to meet his new girlfriend, Polina. They had a great vacation, and Pernilla realized how rich he was. Afterward, they partied in Bonbonniere, also known as Billionaire’s club, and stayed in a Myconian royal suite, which cost 5,000$ per night. Basically, he appeared as a very generous spender.

She described the luxury in detail. They went to Rome and traveled around in a Rolls Royce to see Coliseum, Spanish stairs, Trevi fountain, etc.

Now the same pattern had started. He first sent her a few articles that stated Lev Leviev was being questioned for a case. Then he sent her the same pictures of Peter he had sent to Cecilie. He told her enemies were behind him and that he needed to borrow 30,000$. Additionally, he borrowed 10,000$ and promised to return the next week. Pernilla received a 100,000$ cheque from him, but the money didn’t arrive.

He made excuses that the bank wanted him personally with his lawyer to sign some papers and asked for another favor. She had to book his flight. He assured her the money had left the account, and she would soon receive it. But his favors did not stop coming in. She told him she had nothing left now and needed to pay her bills. He asked her to take his watch, which cost 100,000$.

SEE ALSO: Everything We Know About 1899

How did Cecilie and Pernilla Find Out The Truth?

Cecilie started receiving emails from the creditors. After sensing on a call that she was extremely stressed, people from Amex made a personal visit. She shared a picture of him and was surprised when they asked which name he was using, ‘now.’ They confirmed that the same man, the professional liar, had committed a similar fraud. He wasn’t some prince of diamonds or son of a billionaire. When Cecilie went to her mom’s place, she received a threatening voice message from Simon’s end, “With every action, there will be a reaction. Watch out!” The police didn’t seem to care.

Cecilie contacted a journalist and disclosed everything that happened to her. She shared every documentation, chats of 400 pages, videos, pictures, and audio messages. They investigated and verified that Simon Leviev and Shimon Yehuda Hayut were, in fact, the same man.

Meanwhile, Erland Arntsen, the investigative journalist, writes a message to Pernilla on Facebook revealing the truth about Simon. However, Simon tried to manipulate her into thinking it was a lie. Pernilla agreed to help the journalists and went to meet Simon to take the watch. But Simon saw the cameraman taking his pictures and angrily drove around Munich to save himself. After Pernilla got back safely, she called Simon and confronted him. He freaked out and threatened her, “With every action, there will be a reaction.”

How Was The Conman Caught?

After gathering enough information, the journalists published an article that went viral on social media. There were victim blamers, calling them greedy, dumb, gold diggers, but there were supporters too. The case became huge. It was all over the talk shows and news agencies in the UK, US, Netherlands, Germany. Victims all over the world came forward to tell their stories. He was reported in at least seven different countries.

She was Simon’s girlfriend for 14 months. Ayleen came across an article about her boyfriend, ‘The Tinder Swindler.’ He told her the same lies. She read the details carefully and compared everything happening to her. He had borrowed 140,000$ from her too. He used the exact same pattern on her. But Ayleen played along to make sure the conman got caught. He again asked her to forge passports and that he didn’t have money so she could pawn her car or sell the house. She suggested selling his clothes; after all, he wore Dolce & Gabbana, Versace, Chanel, Gucci, and many other luxury brands.

She reached Prague to get the clothes. The next morning she packed three massive suitcases of clothes, shoes, and sunglasses and finally returned to her city. She started selling everything online but told him nothing had been sold yet. Ayleen began seeing the profit graph increase as people bought those original designer things. He started getting impatient, and that’s when Ayleen saw his different personality. He threatened her with the same line.

A few days later, he sent her pictures that he was eating leftovers and sleeping in hotels that cost 12$ a night. He called himself ‘the homeless king’ as he had nowhere to go and no money at all. He asked her for one last favor, a ticket from Prague to Athens. She sent the details to the police there with the new forged passport under the name David Sharon. As soon as he landed, he got arrested by Interpol on a fake passport.

There Was No Justice For The Victims!

He used Cecilie’s money on Pernilla and Pernilla’s money on someone else. It was the perfect scam, and he could always say he was borrowing money as he never had his own name on the card.

Simon Leviev was sentenced to 15 months in Israel. However, he was released after five months. He was a free man now and started his own website offering free business advice. Cecilie, Pernilla, and Ayleen are still paying off their debts. Above all, Simon was never charged for defrauding them. He has stolen an estimation of 10$ million from victims across the world. Since his release, Simon has been back on Tinder.

I don’t see much justice here. However, I can make no comments on the laws made. Indeed there was proof; the man was right there, the messages, calls, audio messages asking for favors, fraud cheques, and whatnot. But nothing could put him behind bars for long.

In 2020, he pretended to be a medical worker to get an early dose of the vaccine. In 2022, the Leviev family filed a complaint against Simon for defaming the family name. After the documentary The Tinder Swindler got released, Simon was banned from Tinder and other dating apps. Also, now he is planning to enter the entertainment industry.