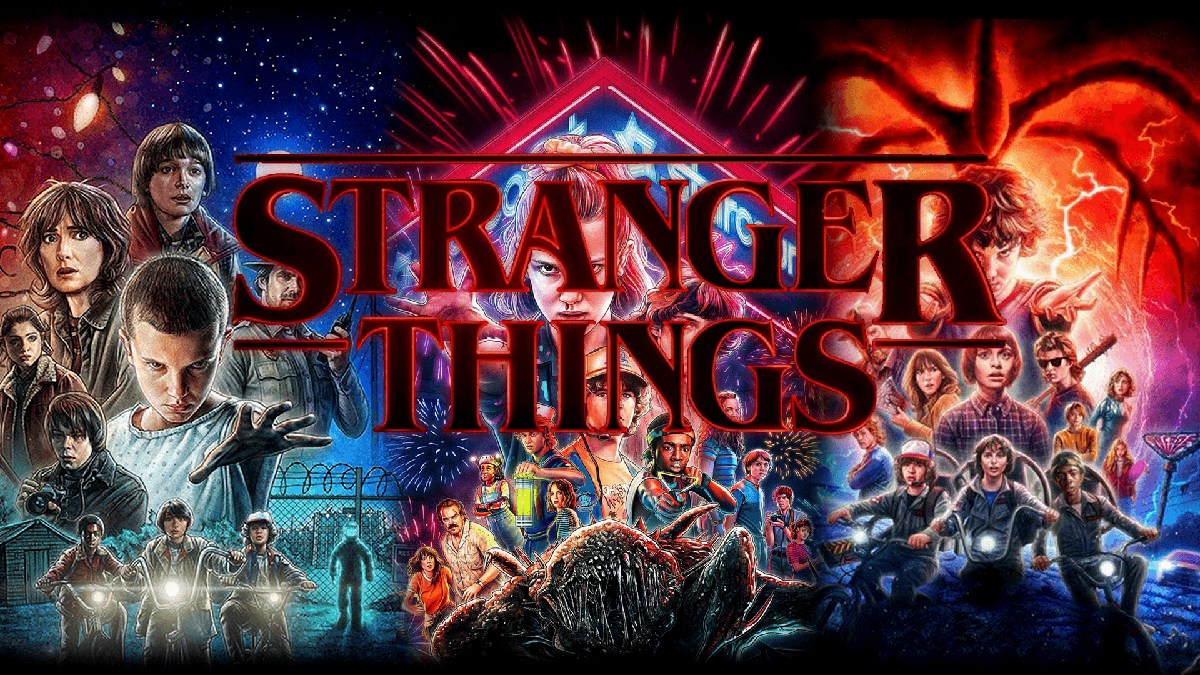 Great visuals, perfect cinematography, awesome retro vibe, engaging plot, and superb direction all contributed to Stranger things becoming one of the most streamed Netflix shows ever, second only to Squid Game. But, if there is one aspect that stands out and makes this science fiction drama series really a thing, then that has to be its characters. They impart a whole new personality to the entire show.

You just can’t help yourself but appreciate how the central figures stick together no matter how “stranger things” get in Stranger Things. In fact, they are not just lovable as a unit but are also extremely powerful characters individually. Without any one piece, the puzzle will never be complete.

Coming to the ranking, no matter how much I like most of them, I do have my personal favorites. And, being a fan of this series from the very start, I have considered each character arc and overall influence from the time they appeared in the “upside down” Hawkins to the latest events in which Vecna, who Robin described as having “really bad skin”, emerged as the primary cause of the mayhem.

Nancy, the elder sister of Mike, began the first season as the girlfriend of Steve, the then most popular guy and bully in school. Soon, she was brave enough to follow her heart and fall for Will’s older sibling Jonathan, who was way less conventionally cool and even considered weird by some.

We witnessed Nancy’s wisdom as the seasons progressed. Her commitment to defending Hawkins makes you wanna root for her constantly. She is also a fierce persona who is really good with guns. With the latest season hinting at a possible love triangle between her, Steve, and Jonathan, it will be interesting to see where life takes her.

The character of Robin was written in such a way that from the moment she got introduced in Season 3, everyone thought her to be the new love interest of Steve, me included. Then slowly came the twist of her being a lesbian in the iconic bathroom stall scene. Steve confessed to having a crush on her and she replied how she “wanted her (Tammy Thompson) to look at me” instead of staring at Steve.

Her friendship with the latter is so genuine that anyone would cherish having a buddy like that despite how much she teases you. I admire her for always voicing her opinions without caring whether that would affect her image. This lady is also super resourceful with knowledge of several languages in her kitty.

Lucas is a sensible character even though he gets kind of underutilized at times. The latest season saw how he was going through a confusing phase in his life- whether to stick to his old pals or to join the overtly smart group of jerks.

As much as I loved him reuniting with the core group, I found his initial dilemma to be very relevant. Teenagers frequently attempt to project an image of being cool rather than coming across as nerdy. Lucas also genuinely loves Max and his heartfelt cry for help towards the end when he thought her to be dead is proof of that.

From being referred to as “Mad Max” and having a tumultuous relationship with his family, particularly with his brother Billy to forging some unbreakable friendships, Max has undergone an amazing journey.

In Season 4 specifically, she shines like never before. We experienced her emotional turmoil over the loss of Billy, her zeal to return from the jaws of Vecna and get back to her friends, and then ultimately putting her own life at risk for the greater good, she was legit convincing. Although she ends up in a coma, I along with Lucas will never stop hoping for her comeback in season 5.

Mike has always been a deeply caring friend. We have seen in the earlier seasons of Stranger Things how he protected a girl (Eleven) who had only ever experienced cruelty. His affection even transformed Eleven into the loving girl we see today.

He also has leadership qualities. Even when everyone thought Will was no more, Mike’s faith that he was still out there, inspired not only his friends but also us as viewers. Sadly, his character has been limited to being El’s lover and motivator in the last two seasons, especially in Season 4.  Nevertheless, he is still an integral part of the group and I want to see him resume his previous role as the “heart” of the friend circle, which according to Will, he still holds.

Will is not just a cute, innocent face, he is a sensitive character and also a fan favorite. Unfortunately, just like his closest pal Mike, he got sidelined in the latest season. Even though I liked how he opened up his feelings and the two buddies reconnected after a long-distant friendship, his presence was not that significant.

The good thing is Will is back at Hawkins, and, that shiver down his neck towards the end is probably an indicator that he will have a much bigger role in Stranger Things Season 5.  Given how the whole topsy turvy in Stranger Things started with Will vanishing into the parallel space, it only makes sense to round things up with him playing a key part.

It took Eddie just one single season to steal our hearts. The scene of him shredding the guitar while fending off the bats was epic. He always considered himself a coward but his manner of death proved otherwise.

I was initially mad at the makers for creating such a brilliant character and then taking him away. But then again, there was always this feeling that he would serve the purpose of the archetypal new character that just had to die. All I care about now is that Hawkins recognizes him as a fallen soldier and a hero and not a murderer. Hopefully, we will see that in Season 5.

The character of Joyce evokes a wholesome feeling. She can be strong, smart, and even dead serious as per the situation. With the show’s progression, we saw her light-hearted side which further adds to her character. Also, every hunch she has becomes literally correct, so her intuitive capabilities are equally great.

Joyce is a prominent figure and a supermom who can go to any lengths to protect not just her own kids but everyone who needs a helping hand. Her relationship with Bob was adorable and it was sad when he died. But now with the hit pairing of Joyce and Hopper, I have no complaints.

Eleven is one of the strongest characters in Stranger Things. And, I also mean it literally because she is the one with actual superpowers. At the beginning of the series, she was that mystery girl, very quiet and mechanical. After all, she was subjected to so many experiments that it was bound to affect her emotions. But, when she met the core group, she slowly started to liven up and her friends became her world. Even though the powers drain her from within, she never fails to save Hawkins every single time. I am just relieved that after encountering the fraudulent “papa” in Dr. Brenner, she found true fatherly affection in Hopper.

“Dusty bun” doesn’t even have to open his mouth to win hearts. His cute face with a toothless smile is enough to do the magic. Although he has grown, he is probably the only character who is still a child at heart.

This adorable naughty guy is also a risk taker. Not to forget in Stranger Things Season 2 how he tried to pet Dart, the adolescent Demodog by hiding from everyone. It eventually paid off though with Dart sacrificing his life to save him and his friends.

Another thing that stands out about Dustin is that he is an ideal younger brother figure. His relationship with Steve and then with Eddie in Seasons 3 and 4 respectively, are a testament to that.

SEE ALSO: 10 High School Teen Dramas to Watch if you Loved Never Have I Ever

Hopper has a wonderful presence. With the untimely death of his child, he has already gone through a lot. Even though it’s just that life has been difficult for him, there is a sense that he holds himself responsible for it. But, he makes up for everything lost by doing every possible thing for Eleven and all the kids in the show.

His relationship with Joyce is so beautiful that you enjoy every scene they spend together. In the last installation, he turned fit after undergoing extreme torture at the hands of the Soviets. I know it sounds funny, but it’s good for him as he can now run faster when being chased by the monsters.

If you had asked me who my favorite character was after season 1, I would never even dream of naming Steve. But after witnessing his character growth over the last 3 Stranger Things seasons, I am astounded.

The transformation from an egotistical douchebag, to the selfless devoted “babysitter” to all the kids in the show, Steve has been phenomenal. He actually cares about his younger friends so much (though he won’t admit it) that he gets “jealous when I have another older male friend” as Dustin puts it.

Steve was not good for Nancy before but now I want them back together so that Steve gets a chance at redemption. Sorry, Jonathan.

Duffer brothers have done a commendable job in bringing the characters of Stranger Things to life. We wish season 5 to write an even greater success story which I believe they definitely can.

5 thoughts on “Stranger Things: The Strongest and Most Loved Characters Ranked”