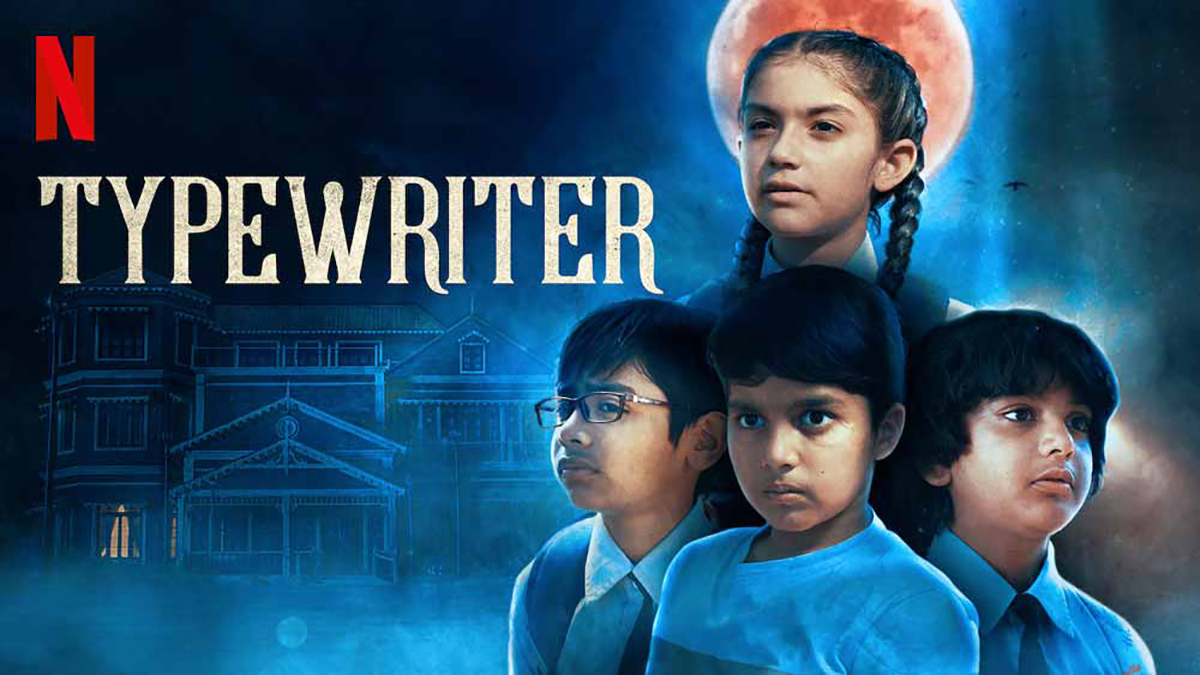 Let’s start by saying that we have seen it all. Now, in a world where we chill with Netflix and ignore human existence to the point that I am all alone in my apartment with coffee and binge-watching Sujoy Ghosh’s Typewriter web series, I would want to be captivated. I like interaction, I like being grabbed by the collar and taken down a path where I am intrigued, and I want to see how it all ends and yet would want more of it.

The Typewriter has disappointed me a lot. The most critical failure of Typewriter is that the plot is very loosely built, and the central mystery is never able to grab your attention to that level. You are totally at a loss, and in the end, you even forget why you wanted to watch this series at the beginning.

What Is the Story in Typewriter Web Series?

Sujoy Ghosh’s Typewriter web series starts with an old man (who does not look nearly as old) and a young little girl Jenny, scared to death because someone is crying in her room. What happens next is a cliché, and I thought to myself if it is worth spending my Saturday evening with. Yet, I am a self-proclaimed ghost-enthusiast, and I wanted to see what happens next. I seriously don’t have a life or friends for that matter.

The story of Typewriter involves four kids, Jishu Sengupta (who is a bad guy, but he is such a sweet man and has a pretty face. I can’t bring myself to believe that he is a bad guy), a family of four, a typewriter, Purab Kohli (man! so yummy) and a dog. I am a Bengali and have read a lot of ghost stories.

Religiously watching horror films, and dealing with spirits and evil is what I am fond of. I have seen or read the texts in Hindi, English, and Bengali. I almost know what is going to happen next. But, this series is so predictable that I am sure it will be the same for every individual who will watch it. The only respite is that the kids portrayed in the series are so talented. The Mother also has put in a much more believable performance.

An Open Letter to Sujoy Ghosh

If I had to write an open letter to Sujoy Ghosh, I would begin with: “Sujoy Ghosh, what are you doing”? He is a talented director, and his vision is simplistic, yet he portrays an intangible complexity of mind through his characters.

However, here, in Typewriter, there is nothing that would reveal a complex human psyche. The show is not bad, and I cannot question the show’s process. However, the plot never thickens. It’s like a bland chicken soup that is not for the soul but for a sore throat.

The Plot of Typewriter Web Series:

Typewriter web series begins in the eighties with Madhav Matthews (Kanwaljit), who is a published writer of The Ghost of Sultanpore. It is almost evident that he is a writer when you see him sitting in Bardez Villa (the house where it all goes down). He is interrupted by his granddaughter Jenny, almost around midnight. Jenny is scared that someone is crying in her room.

Madhav takes Jenny up to her room to assure her that there is nothing for her to be worried about. But, something happens. Next, we move into the present day scenario, where a family of four: Father (Samir Kochhar), Mother (Palomi Ghosh), and their two children move into Bardez Villa.

SEE ALSO: Seven TV Shows Or Films You Should Watch If You Are Planning To Launch A Startup

The Plot in Detail, Part 1

The mother is the same Jenny as in Madhav’s granddaughter, who has now become a mother herself. The story introduces us to a three-member ghost club, comprising of children who are cute and way more intelligent than I was at ten. Although Madhav officially died of a heart attack, however, there is a legend that encircles the village –that Madhav’s death is related to something more disturbing and creepy.

Even the kids of the ‘Ghost Club’ also believe the same.  They also think that the cause of death is connected to the last book which Madhav had penned, ‘The Ghost of Sultanpore’, which speaks of an ostensible, shape-shifting, unnatural body.

The Plot in Detail, Part 2

The pack leader, Sam, is brilliant but misses his Mother and is interested in ghosts believes that there is a ghost in Bardez Villa, and now forms an alliance with Jenny’s boy, who studies in the same class as the three of them.

Sam’s father (Purab) is a policeman and is practical but soft-hearted. Amit (Jishu) is a serial killer but also teaches maths in the same school where all the children gather to make grand schemes of catching ghosts. A Fakeer (Abhishek Banerjee) will have an almost “Mera Baap Chor Hai” incident and is the bad guy here.

The Plot in Detail, Part 3

However, the dog owned by Sameera deserves a special mention here. This golden-colored-amazement is one of the members of the ‘Ghost Club”. He is the ‘snowy’ to Sam. Through the episodes, we get to familiarize ourselves with the stories of each of the characters. Even Fakeer, who is the spirit and is the shape-shifter creates the entire ruckus. People die, and things fall in and out of place. I am trying hard not to give spoilers.

There is a cheating man, a plot twist, that the director could avoid. Typewriter web series’ setting is mainly in the present. It consists of flashbacks to two different periods- the 1950s and 1980s. This tries to add to the drama and suspense but fails due to the main fault of a weak and loose plot.

Also, there is a ‘stereotypical’ Bengali family. I feel attacked. Never have I ever in my life heard my parents say that I must attend a boarding school or have no clue what Halloween is, or say, “I have paid Rs. 200 for a pumpkin”. Why?

Okay, 90s kids, come level with me! Remember, when siblings would sit together in the living room waiting for Sony ‘Aahat’ to begin. The ominous sound would play. Then the youngest or the most vulnerable one would be hiding behind the eldest one and watching the show. Now that you think about the show you feel what a stupid thing it was? No? Just me? Okay!

On a serious note, the problem with the show is, that you need not use your brain. You have to believe in your instincts, and you know what is going to happen next. Moreover, the climax is for the children.

However, the series has a rating of 16+ because of the profanity, I believe. Now, I am an optimistic person. I think there will be a better storyline the next time. The director flawed this one to bring in the audience and give them something to watch so that the premises have been set and the next one will blow your mind.

Many people think that this is the Indian version of ‘Stranger Things. I sincerely hope not! It might have some of the latter’s components, but it severely lacks charm and stratagem. It is devoid of that exquisite sense of deception. Finally, it all adds up to present a very mediocre horror fare. The series mostly fails to scare the viewer; leave aside anything else!

At this point, we can sincerely hope that Sujoy Ghosh, will do better with Season 2 of Typewriter.

One thought on “Typewriter Web Series: Revamp of Sony Aahat?”