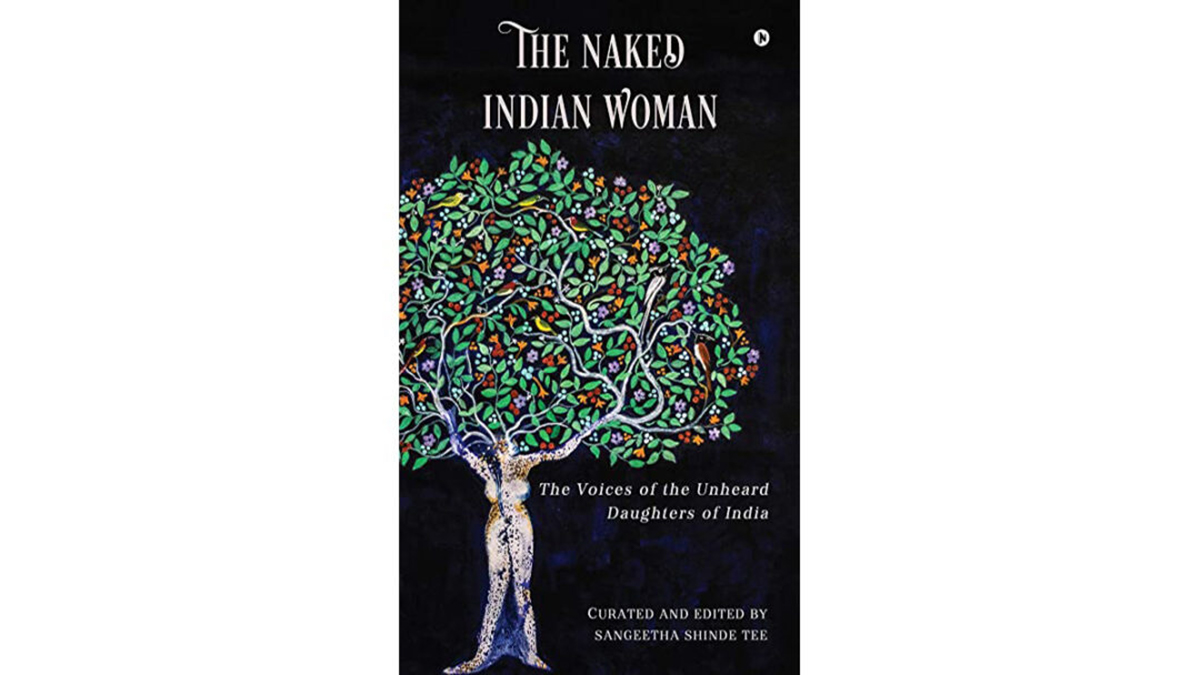 ‘The Naked Indian Woman, The Voices of the Unheard Daughter of India’ is a book that will awaken many emotional and strengthening sides of anyone!

The world is in a bit of turmoil. There is a lot of patriarchy to abolish. And a little bit of common sense to instill within some people around us. It will most certainly take some time, but then again, it is not impossible. History knows it best that men understand war, men understand the struggle, and it is through this struggle. People celebrate and attempt to follow the righteous road until something corrupt surfaces, and the fight begins all over again!

Are you wondering about sudden outbursts or passive-aggressive behavior? I am tired. I am exhausted and have accepted that something worse will happen to me. Because of how things are developing in our world’s socio-economic status.

What Is The Book About?

I’m no stranger to feminism, anti-feminism, or the term “pseudo-feminist,” which has gotten me into trouble in several situations. I had to explain myself to a stranger, and now the word is being uttered by almost everyone in society. So, whenever I come across the term pseudo-feminism, I crack up a little bit.

Ironically, I came across the term while reading ‘The Naked Indian Woman, The Voices of the Unheard Daughter of India,‘. It is curated and edited by Sangeetha Shinde Tee.

I will not be speaking of each story or even giving up any information about what they are about. It is a must-read for every man and woman, regardless. These are the stories of some brave-heart women who have gained and lost a lot- all at the same time. Their struggle is being immortalized through this book. Convoluted patriarchy for some and inner turmoil for some other people would not allow them to speak out loud to the world of what they have gone through.

The thing is, this book or the stories are not about women who were ruined entirely by the patriarchy or because of ill fate. But these are about the women who stood up against their bullies (loosely speaking) and turned their lives around. These are the women who have been oppressed to keep their stories quiet. They are to keep their pain hidden inside and never to speak of these things outside because the “society” is unforgiving.

How Does This Book Portray Women?

It is through the pen and paper available and published online; that they can always hide behind their stories as they immortalize their pain. They return victorious from a war that they never wanted to be a part of, but had no choice other than fight for their rights.

The common theme of these stories is that women are supposed to be submissive people with not much to expect. There are stories about abusive husbands, loving husbands, boyfriends, and even friends who might just be hiding behind a façade of greatness; a family which is not cooperative; and a family that will give up everything to build a certain someone’s life so that the woman can concentrate on her career.

Honest Review Of The Book

This book is not about bashing men, and I do not believe that all men are trash; I do not believe that every woman is being oppressed. Some men are absolute angels in the form of human beings. And other women live extremely healthy, happy lives in families where they are respected and treated equally.

Please do not raise your fingers at me. Don’t say this review is all about bashing men or calling women weak. Let’s clear it up once and for all. These stories are about the women who fought for their rights. They fought to give their life a chance to be equal to their male counterparts. And not to bash the people who have oppressed them.

Indian women have been continually ridiculed for having a strong opinion; for talking about sex under the open air; for being strong; not cooking the first meal for their family and the men they are dependent on. Why does it become such a big story when women do something like shattering the glass ceiling? How come is it a topic of discussion? Why is it always important to mention that “apparently” a woman was raped when it is evident as the sun’s existence?

What Can You Learn From This Book?

It baffles me that so many women have to fight their instincts to keep their private life private and speak up about their problems and the issues that they have dealt with. An Army man’s wife was struggling to keep her family afloat; a woman falling in love with a drunkard and then fending for herself and her daughter; a husband stealing everything away from a woman and trashing her house to prove his masculinity; a woman losing her wealth and turning to be the maid to a wealthy family; these are the struggles that are redolent of the pain that these women have been keeping within themselves.

A woman who is judged because she is not a virgin and this very fact allows her husband to have a fling with multiple women outside his marriage; someone being judged and shamed because she is loud; and also well off to fend for herself is the stark contrast that shines a light of the disparity between the genders.

And maybe, just maybe this book can make people aware of these striking disparities and bring about a sense of togetherness and equality amongst us all. Even if the issue can be discussed amongst five families and then five again and so on, will bring about a victory for what the book stands for.

How Do People In Real Life Respond To Feminism?

A few days back, I was having a conversation with some people, and when I asked them what feminism meant to them, they said, “it’s about women, it is everything about women.” I smiled at them and asked them to educate themselves a little because feminism is not about women and only women; it’s also about men and how they must see the world around them.

It is so sad that in a world where an evolved species exists, a word like feminism is to be coined to give a specific section of the society the recognition they deserve. When I asked a woman if she thinks that women are being raped because of what they choose to wear, with a very concerned face, she said that isn’t that the reality? I had nothing to tell her. It is, in fact, reality.

All I told her was that maybe she needs to change the way she looks at the world. But that was for the sake of argument, and even I knew in my head that the girl who got raped in the field was not wearing anything provocative but still got raped and clothes do not matter, but then again it does.

During a talk with a certain man, he said blatantly that women are overly concerned with playing the victim. At the same time, they can find the solution to their problems by declaring their strength and resilience to the world and getting what they want. I wish it were this simple.

My Honest Opinion About Feminism and Patriarchy

Men having an opinion about women and then manipulating their way through and stating how much of a victim we have become is why we need to write books like these and show what we have been internalizing. Women worldwide have been abused and victimized due to their current living situation. Men have obsessively tried to suppress their happiness and their right to equality.

Does it mean that all men are bad? Absolutely not; all men cannot be bad; otherwise, the whole world would not have recognized the word ‘feminism’ when we as a collective have been made to be inferior to them.

Sadly, both men and women have to fight for their rights to establish which gender should reign supreme. Why can’t it be a world where we do not have to worry about all these squalors, but rather fight together to make the world to be a safer and better place; a place where men, women, and naturally grow in equal abundance and bring about a change in mindset; where everyone unites to fight against a stronger power as an equal?

You can now order the Paperback or Kindle edition of the book from Amazon!

One thought on “The Naked Indian Woman”