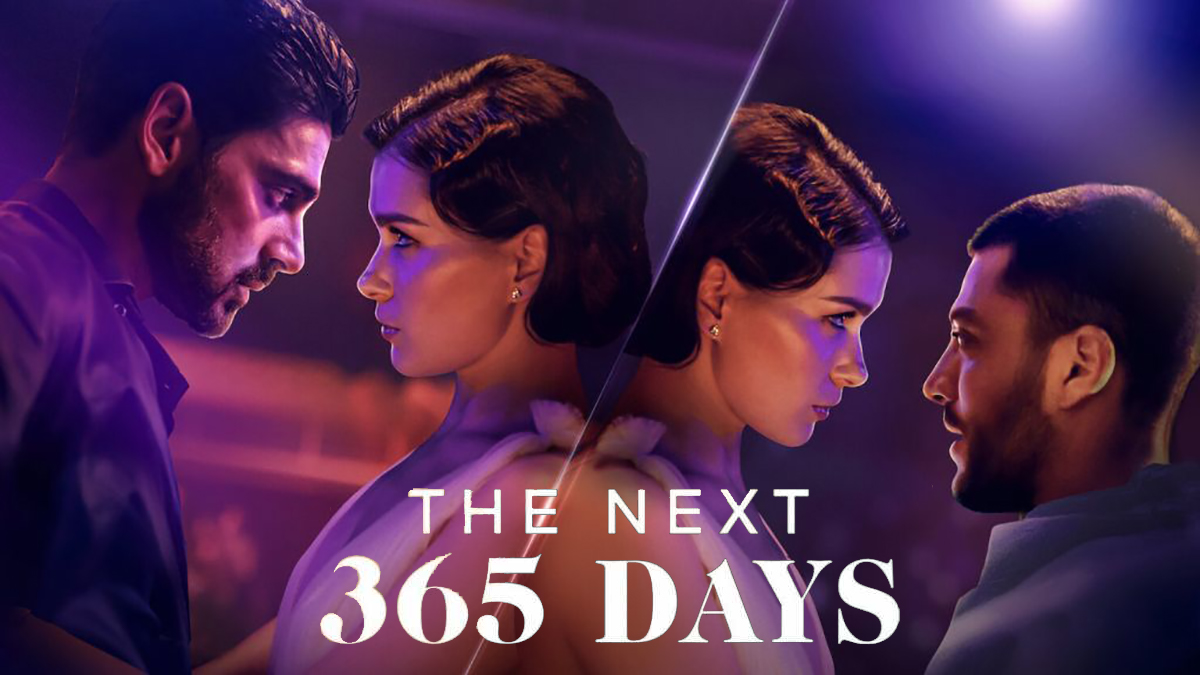 The Polish erotica thriller The Next 365 Days is loosely based on the trilogy by Blanka Lipinska. 365 Days‘ fans wait almost a year for a new part. Finally, the third part, The Next 365 Days, is here. Even after two successful parts, the question arises if it is worth the watch or not. Massimo’s big brown eyes convince anyone to watch the movies with full dedication!

Before giving the final review on whether to give your time to the movie or not, let’s quickly recap the previous stories.

In the first part, 365 Days, we see Anna-maria Sieklucka as Laura and Michele Morrone as Massimo Torricelli. Laura is a sales director and is dealing with an unhappy relationship. She plans a trip to Sicilian where Massimo, the leader of the Sicilian Mafia family, abducts her and gives her 365 days to fall in love with him.

After spending much time with Massimo, Laura falls in love with him when she realizes he saved her life. This is where the main twist begins. At the end of this part, we see Laura gets pregnant, and while passing through a tunnel one day, she gets in a car crash. Massimo’s rival crime family was responsible that she also lost the baby.

In the second part, 365 Days: This Day, you see the relationship begins with dark secrets and lies. Laura and Massimo get married, but she does not tell him she lost the baby. Although their relationship is hotter and steamier in this part, the effect of all lies whips the couple quickly. Once the honeymoon period ends, Laura finds herself filled with boredom. Massimo returns to work and remains busy most of the time.

The frustrated wife then sees Massimo getting intimate with his ex-girlfriend Anna. She feels cheated and escapes with the gardener Nacho. She feels attracted to Nacho eventually. In the end, Laura finds out the truth about everything. Nacho belongs to a criminal family, and Massimo has a twin brother Adriano who plotted Massimo as a philander. We see Laura, Adriano, and Anna getting shot.

The Next 365 Days Summary

The movie begins with two criminal families making a deal to stay away from each other’s territory, or the blood bath will begin. Massimo is standing in front of a grave, and my heart starts beating faster, ‘please do not be Laura.’ Then I think to myself, it’s obviously impossible as there would be no third part, or is it the part where Massimo takes revenge from all for killing Laura? Laura’s best friend Olga is devastated but what happens next is relieving yet medically impossible.

Massimo was standing in front of his brother Adriano Torricelli’s grave. That means Laura was still alive even after losing so much blood. At the end of 365 Days: This Day, Laura is lying in the blood pool in Massimo’s arms, and there is no one to help. The scene goes on for a while, giving the impression that Luara is definitely dead.

After a few steamy, hot-loving scenes, we see Massimo’s trust issues come to rise. He was curious about what happened on the island Laura was staying after escaping. He sensed that Luara was hiding something from him and assured himself she cheated on him with Nacho. However, Laura and Nacho never got physical until in The Next 365 Days.

Laura and her best friend leave for a fashion week in another city. Laura fantasized or dreamt a lot about Nacho and her in the bedroom. However, one day she reunites with him at a party, and the two engage in intimacy at nacho’s place. The next morning she returns to her room and gets into an argument with Massimo. She asks for a divorce, and the next thing we know, she is at her parent’s place, admitting she is in ‘love’ with another man, Nacho.

The Next 365 Days Ending

Laura receives a call from Olga informing her that Massimo knows about her love affair and may kill her. But she isn’t afraid of him or his power. So, she gets back to Sicilly to talk to Massimo. Massimo expresses his despair and admits he didn’t make her feel safe enough to tell him the truth about their baby. Laura listens to him carefully, and you can see a sense of relief on her face. It’s like she finally opened up Massimo’s heart fully.

“Are you back, baby girl?” asked Massimo at the end, where we see the camera capturing the couple and the beach. Now, we do not know the answer to the question, but I hope it’s a yes. We also know there will be a fourth part with more hotness and conflicts. However, I feel it is not justified to the viewers who love to see Massimo and Laura together. Since part two, there have been many ups and downs between the couple, and the entry of Nacho only made it worse.

SEE ALSO: 7 Reasons To Add Netflix’s Maid to Your Watchlist

I don’t know about the writers or director, but I see Nacho selfishly creating a wall between Massimo and Laura. No relationship or couple is perfect. We see Massimo trying to settle his pain and grief with girls and drugs but ends up imagining Laura. He does not cheat on her, but Laura and her confused mind do.

But it is also true that she is in a play of catch and throw. The movies are a bit senseless and have very less touch of the real world. However, it is an artist’s work, and it’s honestly commendable to come up with such a storyline and extraordinary love.

Now to answer the question about whether to stream it or skip it, coming from a person who enjoys watching this movie, you could watch it. Don’t try to find logic and focus on the favorite couple; you are good to go. After all, there is no harm in enjoying the world of the mafia, shooting guns, chasing, and an intense love story midst of it.

As explained above the ending where The Next 365 Days‘ makers leave a cliffhanger there is a 100% chance that Massimo, Laura, and Nacho will return with 365 Days Part 4. Since there are only 3 parts to the book and Netflix hasn’t taken the whole story from it, readers are confused about Laura’s decision. Although Massimo politely asks in the end who Laura would choose, the books explain she will end up with Nacho.

It is also true that Massimo will turn into a monster trying to impregnate Laura, manipulating her, and killing her dog only to capture her with him. This leaves Laura heartbroken and she escapes to be with Nacho. After all this drama, Massimo dies in the crossfire and that becomes the end of the movie series 365 Days. However, I still have hopes that Massimo and Laura end up together since Netflix has chosen to take a different path.

So, my dear readers, are you all set to watch The Next 365 Days? Who do you think Laura will choose, Massimo or Nacho? What will the fourth, hopefully, last part be like? Do you think Nacho is completely honest or simply selfish to take away Massimo’s love? And, do you believe Massimo deserves another chance when he is willing to change? Does Laura deserve forgiveness for cheating with Nacho?

3 thoughts on “The Next 365 Days Review And Ending Explained”