Skip to content
Home  »  Review Corner   »   Thikana: A Day in Time Completely Lives Up To Its Name! 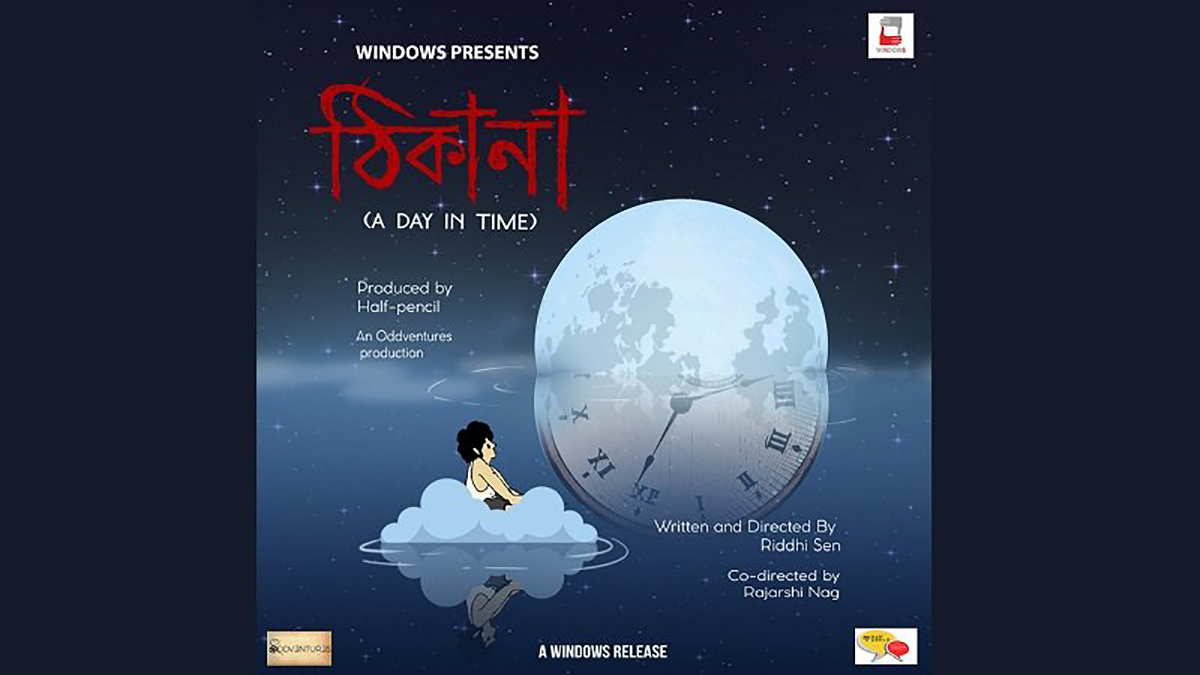 Thanks to the pandemic, our regular way of life has surely gone for a toss. Over the last few months, we’ve all had to adjust to the “new normal” in so many ways. One of the major lifestyle choices that have surely undergone a shift in pattern, is media and entertainment. With the industry having to tweak its ways to keep the ‘show’ going while catering to the artists as well as the audience, we are now more dependent on web content than ever!

That hardly comes as a surprise though, since multiplexes are yet to open, and even if they do, visiting one would be akin to inviting huge health risks. Besides, all of us have been cooped up in our homes for months, with minimal, almost negligible social life. No wonder we are all binging on movies, web series, short films, and the likes on the OTT platforms, that have redefined the entertainment scene for netizens! From big-budget movies to indie films, from full-length feature films to shorts films of ten minutes duration, we are spoilt for choice indeed!

Short films have always managed to grab my attention, for more reasons than one. As they say, ‘brevity is the soul of wit’, and short films, in my opinion, are the perfect example of this adage! In only 10-20 minutes, they show how storytelling can be minimalistic without losing its charm and appeal; yet deliver the message in the most cryptic manner.

With so many short films doing the rounds these days, it’s encouraging to see budding filmmakers put across their ideas in a crisp yet effective formula. And even though you can catch these short films in between your daily, monotonous work-from-home grind, maybe when you’re grabbing a quick bite, these can often leave a long-lasting,  indelible impact.  Such is the power of stories!

About The Short Film Thikana

I managed to catch one such short film titled ‘Thikana: A Day in Time’, and boy, was I bowled over! By now, Riddhi Sen, the National Award-winning actor has become a household name, particularly for us Bongs. He has teamed up with his actor-animator friend Rajarshi Nag to give us this 8-minute gem of a short film. Presented by Windows Production, it is also the maiden project from Oddventures, a production team created by a group of childhood friends comprising Riddhi, Rwitobroto Mukherjee, Surangana Bandopadhyay, and Rajarshi.

Having released on social media platforms and YouTube on 27th August, Thikana, which literally translates to ‘Address’, shows how ‘address’ or ‘home’ for that matter is a metaphorical concept. The address is not simply a brick-and-mortar house we live in, or a pin-code we are known by, but it’s more of where we actually feel ‘at home’.

The film revolves around a little boy who is lost in his world of imagination, as things around him shape up just the way he perceives them. In many ways, he reminded me of Ishaan Awasthi of ‘Taare Zameen Par,’ played brilliantly by Darsheel Safary.

Though Thikana touched upon a crucial concern such as dyslexia, the protagonists of both films are shown to be unfazed by the mechanical world and take their own flights of fancy. In this short film, we see the boy doodling and scribbling on his notebook, while the elder brother apparently is hooked on his video game, thus depicting the contrast between the creative and the mechanical pursuits.

This is followed by a dream sequence, where we see the little boy taking a trip of his own; at one time, he’s on a hand-pulled rickshaw on the streets of Kolkata, and the very next moment, we see him floating on the clouds as he travels to historically significant places across the world such as the Colosseum.

However, the film does not focus on just the brighter side. In one scene, we see the boy offering an empathetic hand to another boy, who is weeping at a graveyard. Truly, kids are not as complicated and judgmental as adults; they are not swayed by superficial concerns such as appearance, caste, creed, race, religion, and so on; they are driven by the call of the heart, not the manipulations of the mind.

However, despite the boy’s spontaneous gesture, we immediately find him jolted back into reality, as the clock strikes, symbolizing how technology has overpowered imagination. The short film also brings to life the harrowing experiences that the migrant workers have had to suffer due to the nationwide lockdown, as we see the haunting image of a woman laborer pulling her child in the suitcase.

My Opinion On The Short Film

The recurrent image of the ticking clock serves to symbolize the man-made civilization, which has taken a toll on Mother Nature and made humans prosaic and materialistic. However, the film does attempt to convey a positive, reassuring message- that we can seek respite in our dreams, despite all the grim realities of life, our dreams are our escapades, where we seek ‘home’- an ‘address’.

The 2D animation, done entirely in Kolkata by Nag, a student at NSHM Knowledge Campus Kolkata, manages to retain a sketchy, unfinished effect that resembles a child’s drawing copy. The raw effect with a lot of double lines has the imperfection of a child whose innocence is not yet lost. Rather, it is the flawed presentation that makes an impact, on its hand-drawn feel.

It is interesting to note that the team had initially started animating it on Adobe Animate and Photoshop, but eventually moved on to TV paint software to achieve the desired style. The song ‘Thikanar Khonje’ that comes at the end credits makes an impact of its own with its thoughtful lyrics, resonating with the central theme of the film.

Composed by Anindya Chattopadhyay and penned by Sen himself, the song has been beautifully rendered by Surangana Bandopadhyay, with a tinge of nostalgia. The background score deserves special mention here, for which credits are due to Sohini Gupta and Russia-based  Rony Chatterjee. Since the film Thikana is devoid of dialogues, the background score plays a key role in setting the mood of the story.

Message I Took from the Short Film Thikana

Come to think of it, dreams are all that we fall back on, whenever the going gets tough. And it is often a comforting space for us, where we find more solace than the four concrete walls of a house, which is officially our ‘address’. Let not the world dictate what our address should be, as the song subtly hints at. The film surely reminded me to revel in the finer things of life, the little joys we often overlook, and to never lose our innocence in the shackles of time. The sense of belonging is, after all, all that matters at the end of the day!